Beşiktaş meets Başakşehir with Turkish Süper Lig back in action 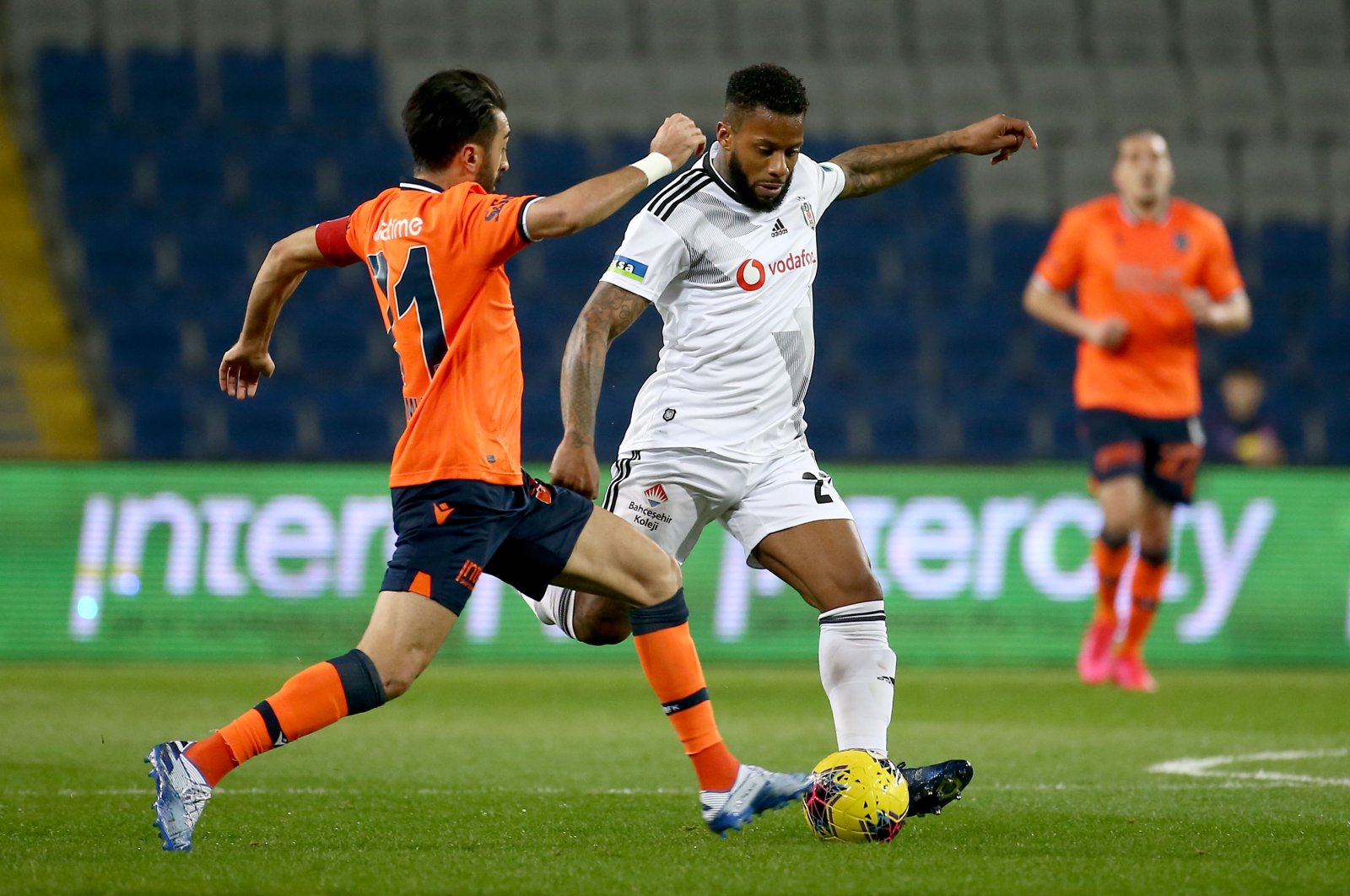 Beşiktaş seeks a return to form, while Başakşehir eyes extending its winning streak as the Istanbul rivals face each other in the highlight of the Süper Lig’s return to action

The Süper Lig returns from a two-week international break with a high-profile meeting between Istanbul rivals on Saturday when Beşiktaş will host defending champion Başakşehir.

Week 9 of the Süper Lig will kick off with newcomer Karagümrük hosting Sivasspor for the opening match.

Despite competing in the Süper Lig for the first time in nearly four decades, Karagümrük has been putting up a fair fight and giving the top flight’s team a run for its money.

At fifth place with 12 points, the humble Istanbul club is following the city’s major clubs closely while also sitting comfortably above Beşiktaş.

Sivasspor, meanwhile, is still having trouble finding its pace, with its form a far cry from what it was last year. The Anatolian club was one of the contenders for last year’s title, up until the final weeks of the season, but it now sits at 15th place with only eight points to show for seven matches.

The match will be the first meeting between the two sides in 15 years.

Following the opening match, Fenerbahçe will take center stage with a clash against Gençlerbirliği in the capital Ankara.

Fenerbahçe had its four-match winning streak ended by Konyaspor following a shocking 2-0 defeat in Istanbul and lost the chance to enter the international break as the Süper Lig leader.

Tied at the top with Alanyaspor with 17 points, Fenerbahçe is looking for a win on Saturday to keep the momentum going and with Galatasaray and Başakşehir closing in on the top, a defeat could undo the optimism that has been building up since the start of the season.

With Gençlerbirliği failing to win any games in its 10 previous meetings with Fenerbahçe, the Yellow Canaries will be the favorite of the match. The Istanbul side announced on Thursday two coronavirus cases among players without releasing the names, so it remains to be seen whether coach Erol Bulut will be missing any key players during the match in the capital city.

An hour after the final whistle blows for the Fenerbahçe match, the marquee event of the matchday will begin, with the defending champions visiting Beşiktaş at Vodafone Park.

Standing at 11th place with 10 points, the Black Eagles fell well behind the leading pack and its Istanbul rivals, and coach Sergen Yalçın has been feeling the repercussions of the poor form all too well.

Blamed for the poor results, Yalçın has been struggling to fend off criticism. While Beşiktaş President Ahmet Nur Çebi had to step in and voice his support for the embattled coach, a further loss could put Yalçın in a spot that even Çebi couldn't save him from.

To make matters worse, Yalçın’s opponent for Saturday has been on an intense winning fervor.

Starting the season with four draws in a row and no goals until the fifth week, Başakşehir will arrive at Vodafone Park with a four-match winning streak. The defending champion is also still enjoying lessened but not diminished motivation from defeating Manchester United in the Champions League.

Like Fenerbahçe, Başakşehir reported a coronavirus case among its players Thursday but unless the number of infections goes up before the match, it is not expected to affect coach Okan Buruk’s chances against Beşiktaş.

Beşiktaş meanwhile has been struggling with a small-scale outbreak in the team, with reported cases reaching seven last week. Beşiktaş President Çebi last week complained about the defensive line of the squad being rendered unavailable due to the virus, and the club announced several additional cases a day after his remarks.

But since Turkish clubs act in an opaque manner and avoid disclosing details about coronavirus cases, the full effect of the outbreak will be seen only hours before the match, when Yalçın announces the full Beşiktaş line up.

One silver lining for Yalçın will be the fact that Başakşehir has not won a single game in Vodafone Park in a decade.

Sunday will see Black Sea giant Trabzonspor take on Erzurumspor with its new coach Abdullah Avcı at the helm for the first time.

Attributed with laying the foundation for Başakşehir’s rise during his tenure at the club, Avcı moved on to Beşiktaş, where he didn’t enjoy a similar level of success.

If he wants to relive his glory days, Avcı will have a tough job ahead of him as Trabzsonpor lies in shambles with just six points in eight points.

The matchday will end with Galatasaray hosting Kayserispor at Türk Telekom Arena on Monday.

Standing a point away from Fenerbahçe and Alanyaspor, a win in Istanbul could push coach Fatih Terim’s men to the leader’s spot, which they held for the first four weeks of the league.

The Lions will be the absolute favorites against Kayserispor, which stands below the relegation zone, as the Istanbul powerhouse has won seven out of 10 previous matches against its opponent.