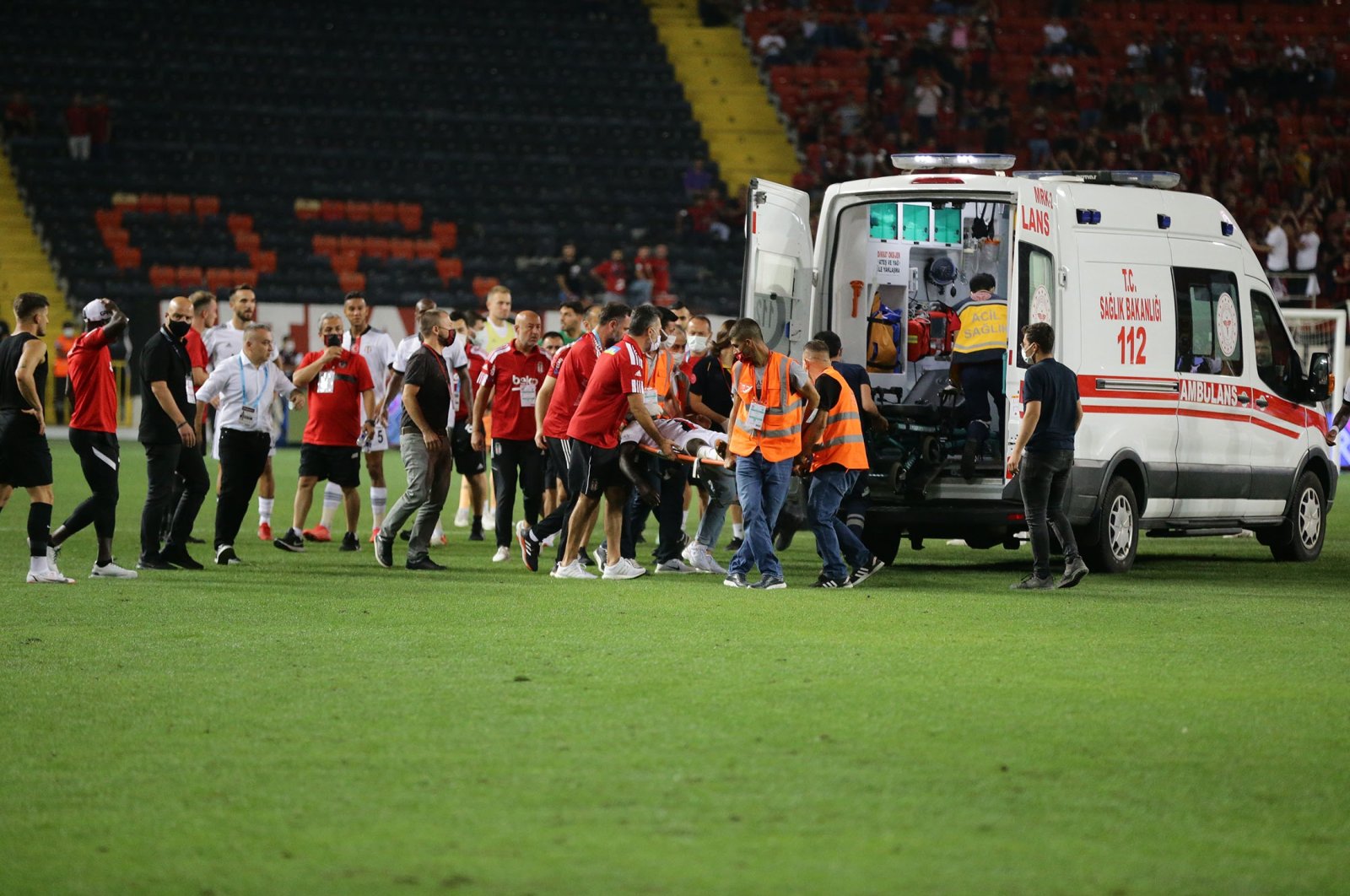 Beşiktaş' Congolese defender Fabrice N'Sakala, was released from the hospital on Sunday, after collapsing on the pitch during a Turkish Süper Lig match.

N'Sakala left a hospital in the southeastern province of Gaziantep and told the media that he is feeling much better now.

"I could not breathe for some minutes, and then I just fell, but now I feel better. ...Thank you for all the messages from media, friends, family, and fans. I really appreciate it," N'Sakala said.

N'Sakala separately said on Instagram that he is now in a better condition and ready to start training.

The 31-year-old left-back is expected to return to Istanbul by plane later on Sunday.

N'Sakala suddenly collapsed on the pitch during the league match against Gaziantep on Saturday.

Medical staff rushed to intervene, and the player was carried away by ambulance.

Beşiktaş previously said on Twitter that N'Sakala was "conscious" and taken to a hospital as a precaution.

In a separate tweet, Beşiktaş shared a photo of N'Sakala in the hospital with several electrode pads on his torso. He used the "thumbs up” gesture to signal that he was doing well.

Beşiktaş drew with Gaziantep 0-0 in the away game, to take their total point tally to 4 after two games.

Meanwhile, in the Turkish Süper Lig on Sunday, Beşiktaş' Istanbul rivals Fenerbahçe defeated Antalyaspor 2-0 with two late goals as Slovenian midfielder Miha Zajc scored on 89th, and Enner Valencia put it past the net in extra time with Mesut Özil providing the assist.