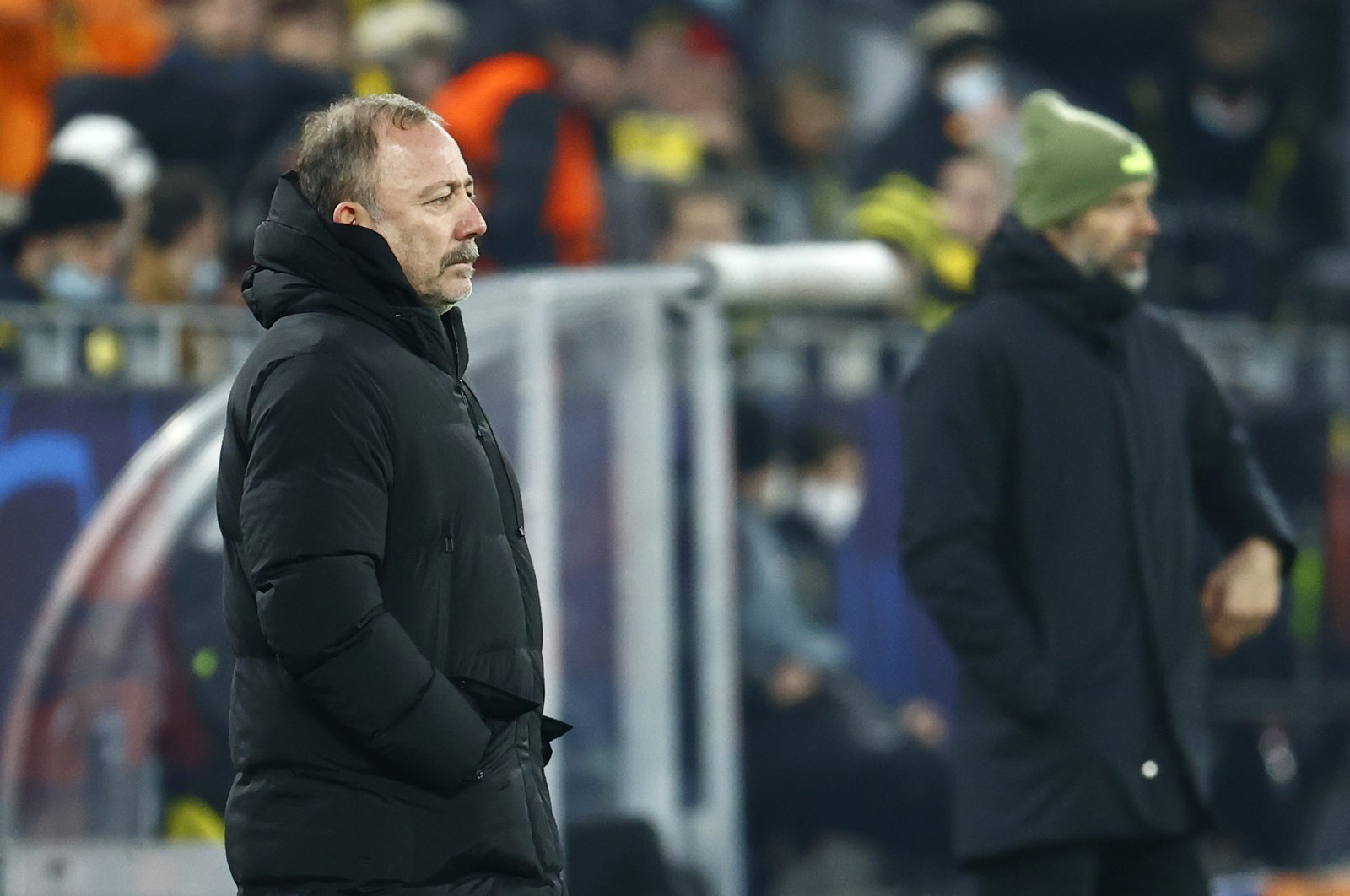 Coach Sergen Yalçın left Süper Lig side Beşiktaş on Thursday, two days after a 5-0 loss to Borussia Dortmund in the Champions League.

Appointed to the club as coach a little less than two years ago, Yalçın was brought on with high hopes but his tenure ended on a note familiar to the other coaches who have worked in the Süper Lig: Cut loose at the first sign of trouble.

As a former player turned manager, Yalçın held a special place in the hearts of Beşiktaş fans. Despite playing for all of Istanbul’s “Big Three” – Fenerbahçe, Galatasaray and Beşiktaş – Yalçın’s name was always associated with the Black Eagles.

And considering he donned the black and white jersey for six years, as well as scoring many a goal, his appointment as head coach was something fans had desired for a long time.

Yalçın took charge from the previous coach Abdullah Avcı in January 2020, when Beşiktaş was sitting at seventh place at the time. While Yalçın failed to transform the Black Eagles into a trophy-winning squad with the first half of the season already gone, his side managed to finish that year in third place.

His coaching skills shined the next year, however, when Beşiktaş finished the 2020-2021 season with a double, the Süper Lig title and the Turkish Cup.

Yalçın started the new season with an invigorated squad and a boost of confidence but it quickly seemed that last year’s success was a fleeting moment, as back-to-back losses at both home and abroad quickly plunged the team into turmoil.

Beşiktaş sits at ninth place in the Süper Lig right now, a whopping 18 points below the leader Trabzonspor, so it wouldn’t be too unrealistic to say the Black Eagles’ title chances are practically nonexistent.

While throwing in the towel so early in the race would spell trouble for most coaches on earth, what most likely sealed Yalçın’s fate was the abysmal Champions League performance Beşiktaş displayed.

On Tuesday, Beşiktaş played its last Champions League of the season and was subjected to another humiliating loss, 5-0 by Dortmund this time, and the result meant Beşiktaş finished the group stages with zero points. Adding salt to the wounds was the fact that Yalçın’s men accumulated a minus 16 goal difference in just six games.

Beşiktaş made no immediate announcements about Yalçın’s successor or who would be in charge of the team when it hosts Kayserispor next on Sunday.