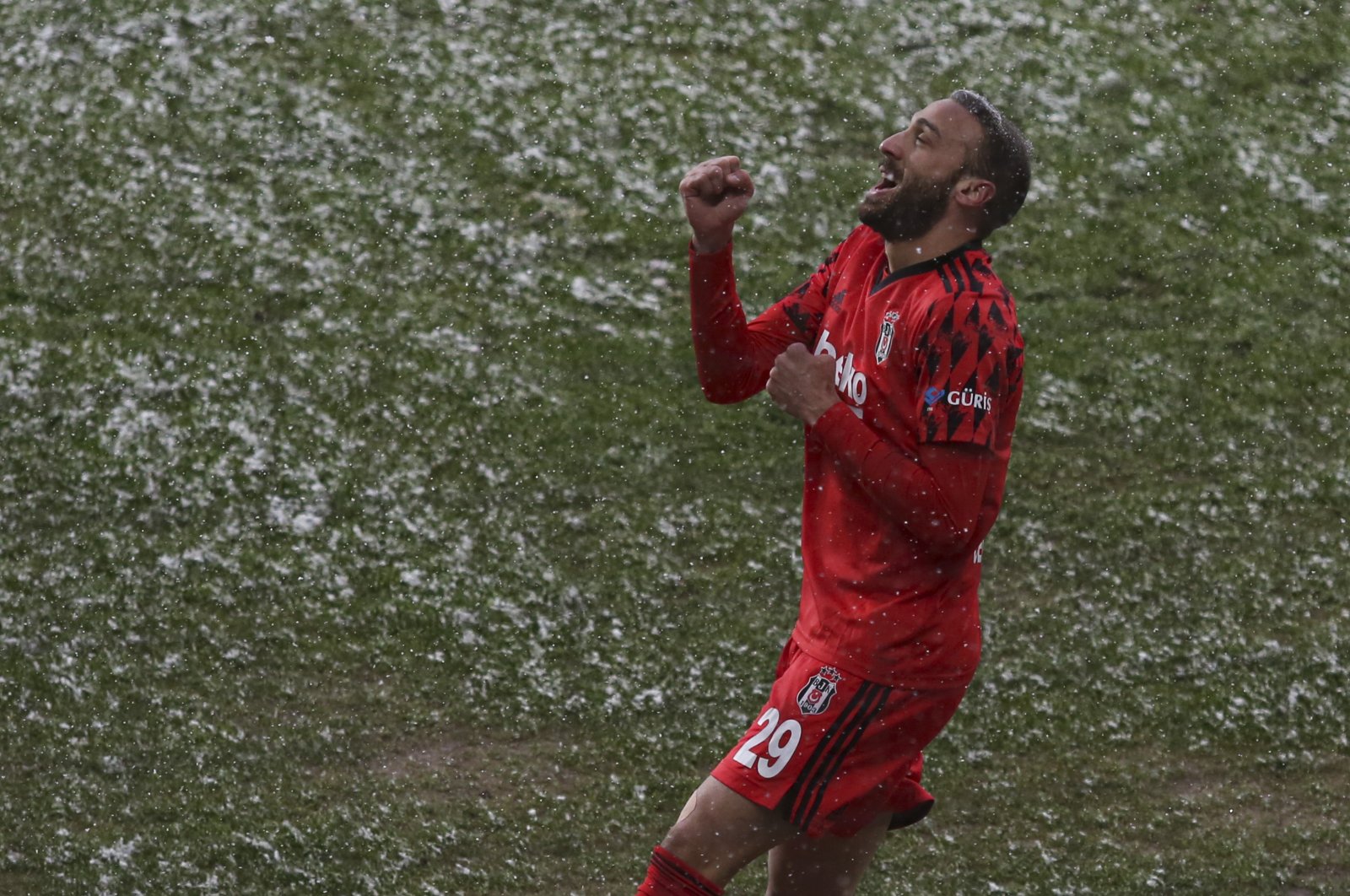 The visitors opened the scoring early in the capital. Algerian winger Rachid Ghezzal hit the target in the fourth minute to give his side a 1-0 lead.

Beşiktaş continued to press even after finding the net but couldn’t turn the opportunities into goals. The first half ended 1-0 and the score remained unchanged for quite a while in the second half.

The Black Eagles continued to look for goals and introduced Tosun, who rejoined his former club in the winter transfer window from Everton, in the 62nd minute.

Tosun eventually proved to be the match-deciding factor, as he doubled Beşiktaş’s score in the 89th minute. This was his first Süper Lig goal in almost three years. The Turkish forward added another to his tally within just five minutes of the first.

All was not well for Beşiktaş, however, as winger Ghezzal had to limp off the field after picking up an injury. He was substituted off by Kevin N'Koudou in the 62nd minute.

After the win, Beşiktaş went second in the Süper Lig table, with 51 points from 24 outings. While its opponent on the day, Gençlerbirliği is languishing in the relegation zone with only 20 points from 23 matches.

The Big Three of Turkish football – Galatasaray, Fenerbahçe and Beşiktaş – are all currently tied on 51 points. Trabzonspor closely follows the trio with 45 points in 24 ties.