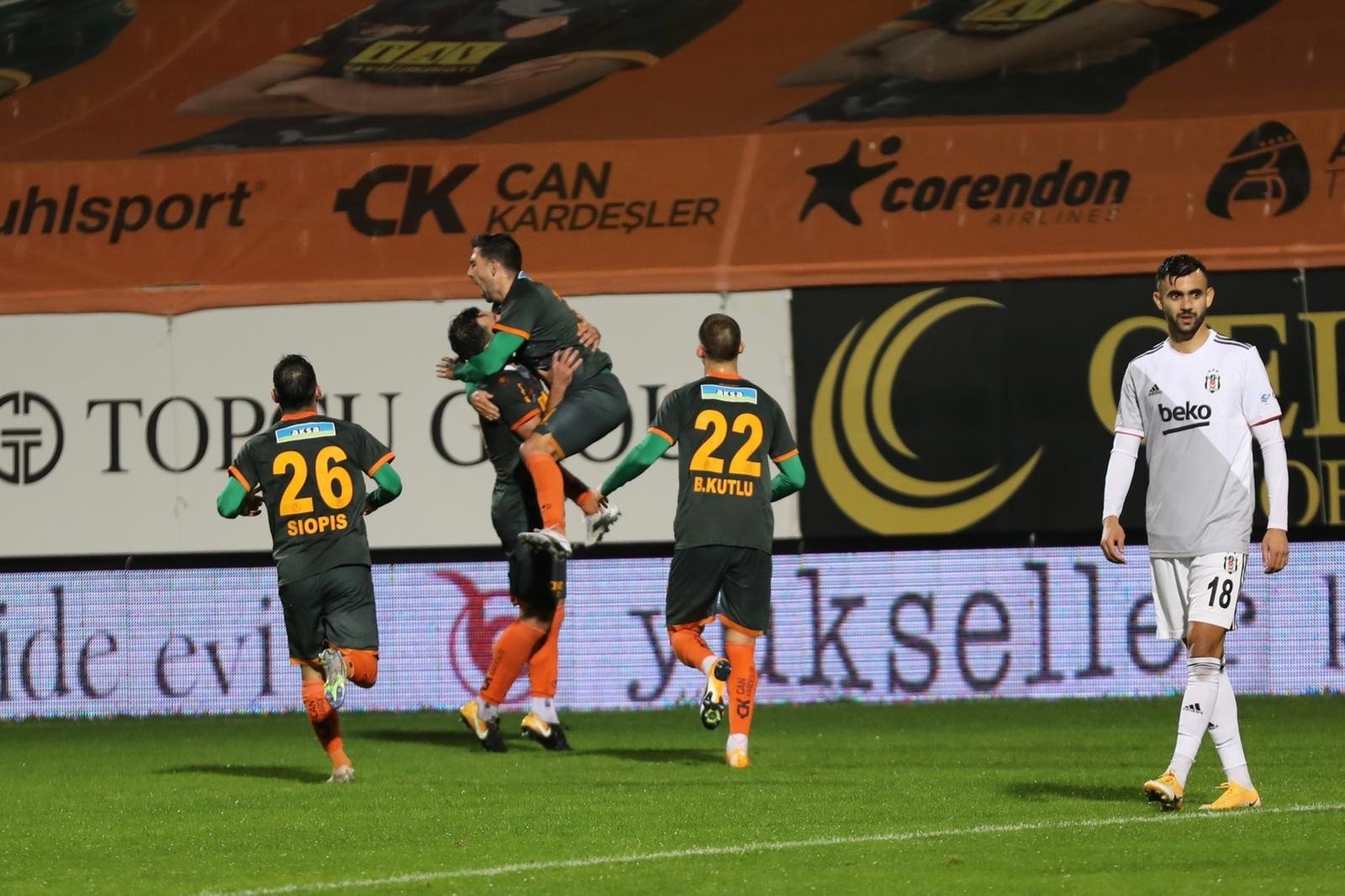 When I congratulated Beşiktaş manager Sergen Yalçın on his new defensive perspective a week ago, I did not anticipate that he would take this perspective to a whole new level against Alanyaspor.

Against the leader of the league, Yalçın decided that his new defensive strategy, which relied on his midfield line’s dynamism, was not enough. Well, you cannot really blame him; Alanyaspor is the most organized team in the Süper Lig so far, and it certainly demands extra caution. Nevertheless, what Yalçın and most coaches in Turkey need to remember is that being more cautious does not mean that you need to be automatically more defensive.

Yalçın apparently thought that he needed to strengthen his defense, without thinking much about what follows next. Thus, Alanyaspor punished this lazy caution by Anastasios Bakasetas’ two goals and ended Beşiktaş’s three-game winning streak by 2-1.

The problem with simply being more defensive is that it is actually not a change in degree, but a change in type. When Yalçın decided that he would field Atiba Hutchinson, Josef de Souza and Dorukhan Toköz together in the midfield, I sensed this change was coming.

In the last three games, it was Bernard Mensah who started instead of Souza or Toköz, and his dynamism was very important in Beşiktaş’s victories. On paper, Mensah is not much different than Souza or Toköz, so Yalçın’s decision can be interpreted only as a change in degree.

However, in Mensah’s absence, the dynamism was stuck in front of Beşiktaş’s penalty box. The game which more or less fluidly went into the opponents' halves in the previous games suddenly became a kick-and-run strategy.

This is because Yalçın ordered his team to confront Alanyaspor with at least seven men in defense. True, this decision has diminished the efficiency of Alanya's attacks to a certain degree, but it came at a great cost.

Beşiktaş simply handed each and every ball they intercepted right back to Alanyaspor as the team had no idea what to do with the ball after that point. With Mensah's reconfiguration, the gap between the midfield trio and the attacking trio was not so huge, so there was a possibility for midfielders, especially Hutchinson and Mensah, to deliver precise balls toward the attackers.

This time, only long, vague balls were sent to striker Vincent Aboubakar, who got lost among Alanya defenders without enough support. Added to that, Beşiktaş's wing-backs tried to join the attacks as they were used to doing but were unable to do so without precise passing. Thus they ran back and forth the entire game and exhausted themselves.

Only in the second half of the game and having conceded a goal did coach Yalçın decide to push his team forward, but it was too late. Alanyaspor can be very annoying with its possession when it wants, and it did not allow Beşiktaş to settle in its half.

Exhausted and demoralized, Beşiktaş’s shift in strategy in the second half was only enough to balance the game, but the result was already in favor of Alanyaspor. Yalçın paid the price of micromanaging with macro effects by missing the chance of beating the leader and gaining a huge psychological advantage.