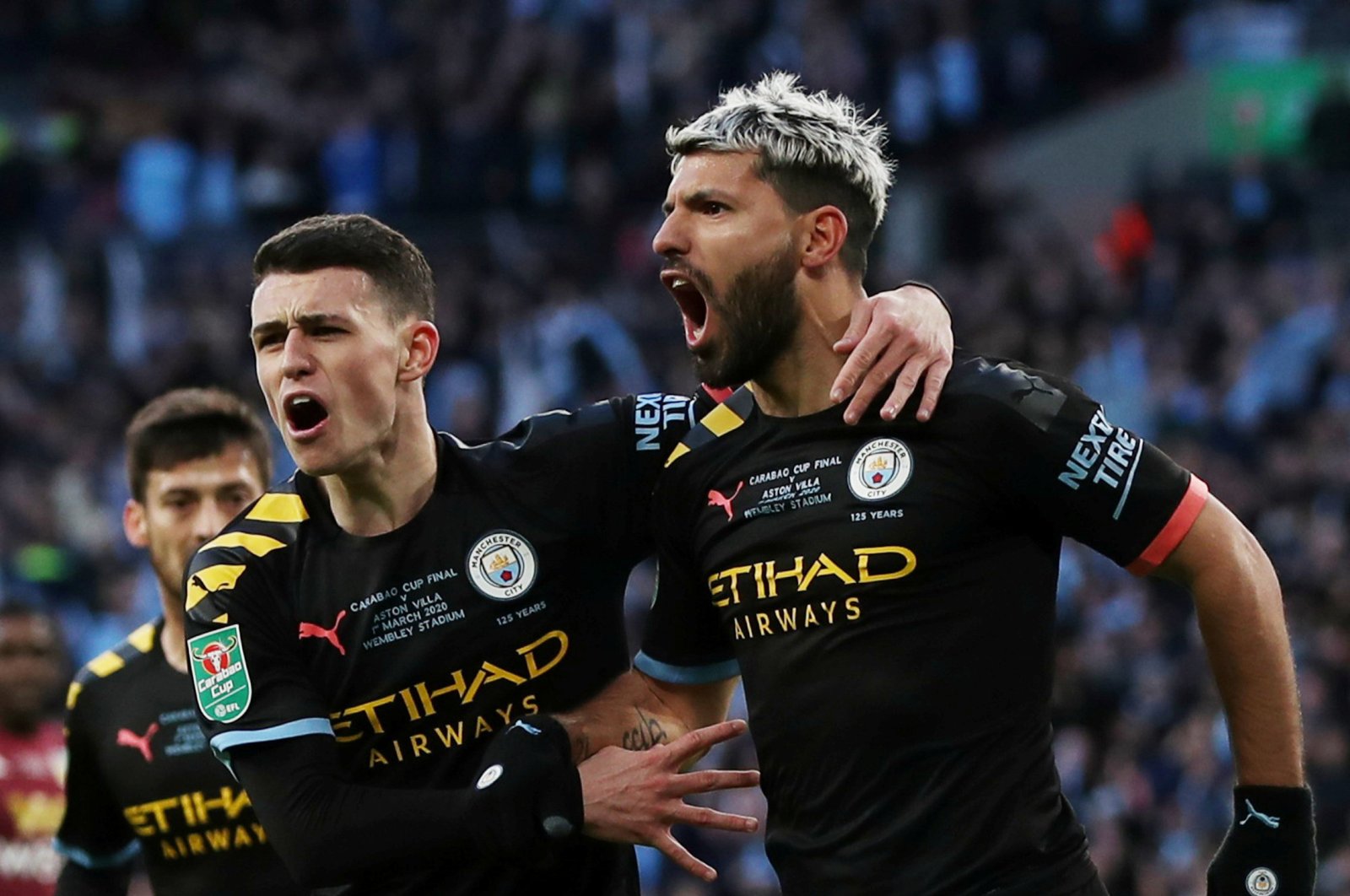 With Liverpool 22 points in the clear, all that is left to fight for is local pride as Manchester City makes the short trip to Old Trafford to face rivals United in Sunday's derby

Manchester City has only bragging rights at stake in Sunday's derby with Manchester United at Old Trafford with the club's hopes of retaining the Premier League title all but gone.

Pep Guardiola's City beat Ole Gunnar Solskjaer's men 3-1 in the last meeting at United's stadium in the League Cup semi-finals before they went on to lift the trophy against Aston Villa last weekend.

The last time United claimed a home win over its rival in the league was a 4-2 success in the 2014-15 season.

Beating Sheffield 1-0 on Wednesday, Guardiola said the win on Wednesday gives his side ideal preparation.

"It's better to go there winning games, being in the FA Cup than being out," Guardiola said.

"We're going to watch a little bit of United versus Derby to analyses what they have done the last game, and we're going to go there to try to win."

One player United manager Solskjaer feels will be key is January signing Bruno Fernandes, who scored in his first two Premier League games and is already justifying his 47 million pound ($67.5 million) price tag.

"I'm not surprised, but you couldn't be 100% sure," Solskjaer added. "Some players, it takes six months, but the point was to get him in, because of the quality he's got and he's just relished it."

Fifth placed Manchester United is three points behind the last Champions League spot, occupied by Chelsea who plays Everton in Sunday's other game.

There will be another local clash on Monday when Leicester welcomes Aston Villa.

Liverpool looks to bounce back

Leader Liverpool hopes to get back to winning ways on Saturday when it hosts Bournemouth after suffering first league defeat of the season at Watford last weekend.

Liverpool sits 22 points clear at the top and was on a 44-game unbeaten streak before crashing 3-0.

Juergen Klopp's men were also dumped out of the FA Cup by Chelsea but he insisted the back-to-back defeats will not affect their focus on winning the league title – the club's first in 30 years.

"Look, it went our way for so long because we defended outstandingly," said Klopp.

"I am not worried about the momentum. Nobody has to feel sorry for us, we will win football games, and that is what we want to do on Saturday."

Watford's striker and captain Troy Deeney says the club must use their win over Liverpool as a confidence booster as they continue to fight relegation.

Watford is on the edge of the drop zone in 17th and have 27 points like fellow struggler Bournemouth, but a win over Crystal Palace on Saturday will lift the club's mood.

"We have to take confidence from beating a team of this quality," said Deeney, reflecting on the Liverpool victory. "It means nothing if we don't follow it up next week.

Brighton and Hove Albion are one point ahead of Watford and keen to distance themselves from a relegation battle with a triumph against Wolverhampton Wanderers, who sit sixth targeting European qualification.

"Every season since we came into the Premier League we've been fighting for survival so it's nothing new to us," said Brighton striker Glenn Murray.

"We don't think we are better than our current position. We've got to deal with this situation, lift ourselves and make sure we compete in every game."

Tottenham Hotspur makes the trip to Burnley for the late kick-off.