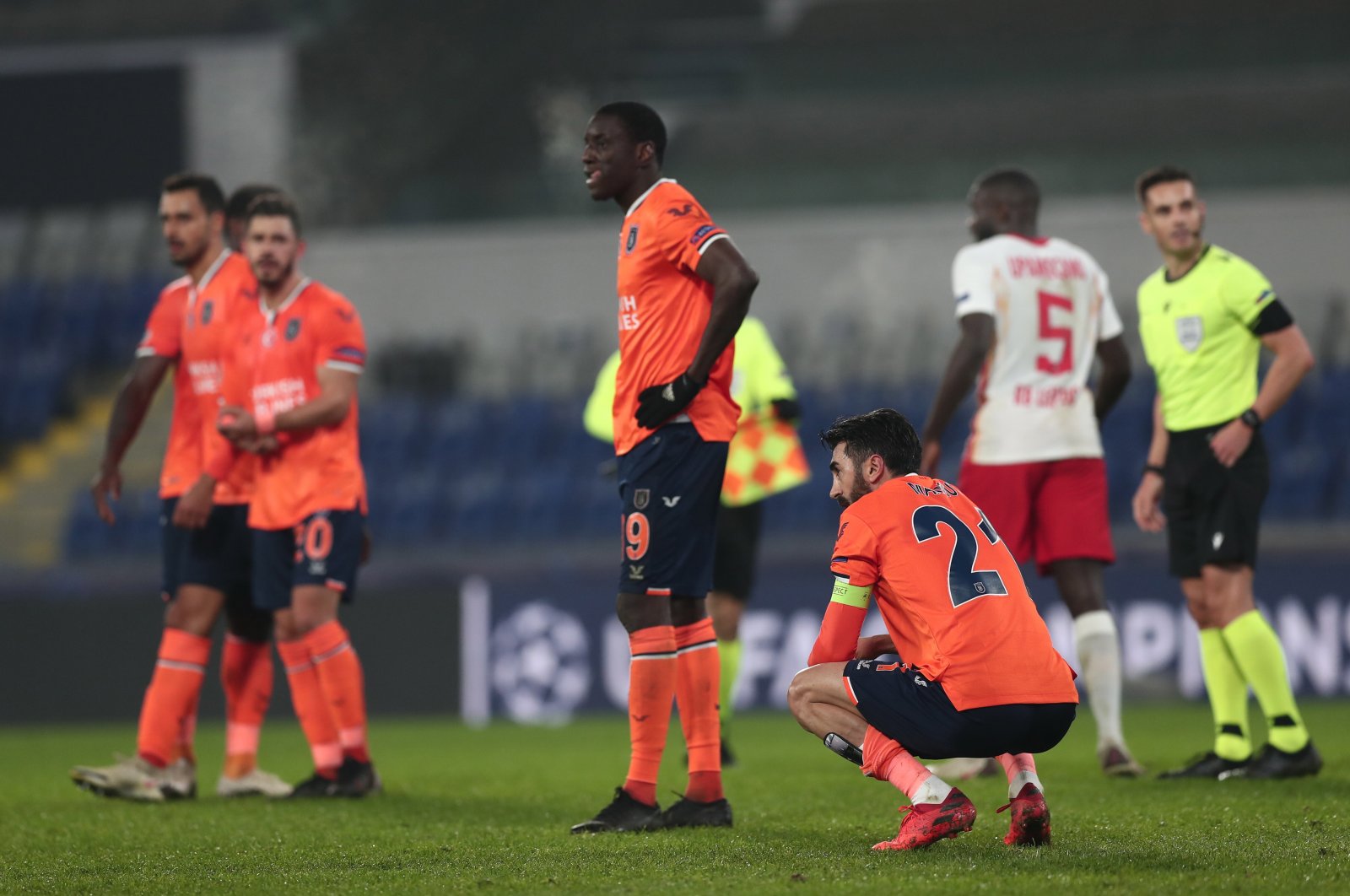 Turkish football club Medipol Başakşehir have been eliminated from the UEFA Champions League over Wednesday’s dramatic loss against Germany's RB Leipzig in Istanbul.

Sorloth, who was the top scorer in the Turkish Süper Lig last season on loan at Trabzonspor, drilled in his shot after the Istanbul club had fought back thanks to the midfielder İrfan Can Kahveci.

First-half goals from Yussuf Poulsen and Nordi Mukiele gave Leipzig a two-goal lead and Dani Olmo made it 3-1, but the Istanbul side twice cut the deficit and leveled when Kahveci completed his superb hat-trick.

They needed a bit of luck to score, however, when Marcel Sabitzer shot from the edge of the box and his effort was deflected by Poulsen to wrongfoot the keeper.

Başakşehir made few chances and Leipzig scored again two minutes from halftime with Mukiele slotting in from an Emil Forsberg assist.

A stoppage-time strike from Kahveci gave the hosts hope going into the break and the midfielder added another in the 72nd after Olmo had made it 3-1.

Kahveci completed a memorable hat-trick with a sumptuous left-footed free kick in the 85th minute before Sorloth came off the bench to lash in the winner in the second minute of added time.

"It was a crazy game," said Leipzig coach Julian Nagelsmann after Sorloth scored his first goal since signing for Leipzig from Crystal Palace for a reported 20 million euros ($23 million) as a replacement for Chelsea-bound Timo Werner.

"In the first half we were very good, we had 12 shots on goal, but over the course of the game, the second half didn't necessarily mean that we looked like winners. It was a lucky victory."

United, PSG and RB Leipzig all on nine points heading into next week's final round of games in which the English side go to the German club and the French champions host Başakşehir.