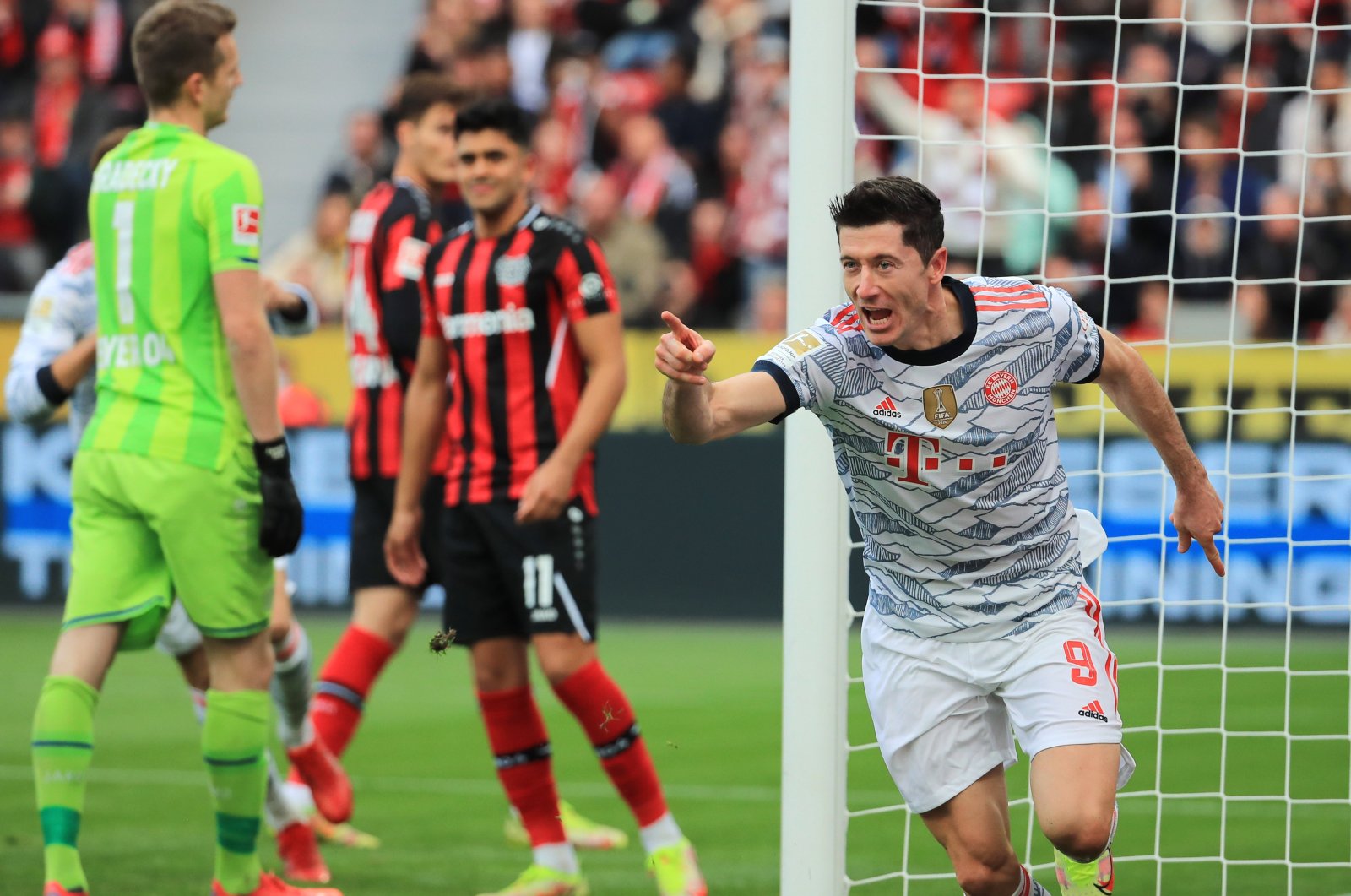 Bayern Munich sent out a word of warning in Bundesliga as it crushed Bayer Leverkusen 5-1 to reclaim the top spot Sunday.

Robert Lewandowski and Serge Gnabry both scored twice in the five-goal rout.

After suffering a shock defeat to Eintracht Frankfurt two weeks ago and losing the top spot to Borussia Dortmund overnight, Bayern bounced back in style against fellow title hopefuls Leverkusen.

Level on points in first and second before the weekend, the gulf in class between the two teams became apparent as Bayern put the host to the sword with a brutal and brilliant first-half performance.

"It sounds a bit strange when you've scored five goals, but we could have had six or seven in the first half today," Bayern coach Julian Nagelsmann told broadcaster DAZN.

The 31-time German champion smashed in four goals in the space of seven minutes in the first half to humiliate a young Leverkusen side and go a point clear of Borussia Dortmund at the top of the table.

"It was clear after 45 minutes that the three points were coming to Munich," said Lewandowski, who kick-started the rout with the opening two goals.

"We knew that we would have to play our football from the beginning today, and the result shows how well we played."

It took Bayern less than four minutes to go ahead, Lewandowski converting a Dayot Upamecano cross with a brilliant backheel to net his eighth goal of the season.

On the half-hour mark, the visiting side carved through its opponent on the counterattack, with Alphonso Davies bursting into the box to set up a poacher's finish from Lewandowski.

Thomas Muller quickly made it 3-0, deflecting a Niklas Sule shot past a helpless Lukas Hradecky.

Any hope of a Leverkusen fightback was buried just seconds later, as Muller set up Gnabry with a low cross to make it 4-0.

Gnabry added a fifth on 37 minutes after a sharp one-two with Leon Goretzka.

Leverkusen rallied in the second half, Kerem Demirbay forcing a save from Manuel Neuer before Patrik Schick pulled a goal back.

"Bayern showed us today why they are the best team in Germany and one of the best in Europe," said Leverkusen coach Gerardo Seoane.

English defender Omar Richards came on as a second-half substitute to make only his second appearance for Bayern since signing from Reading earlier this year and Lucas Hernandez started the game despite being expected in court in Spain on Tuesday.

French international Hernandez potentially faces six months in prison for breaking a restraining order imposed on him in 2017 following an altercation with his then-girlfriend, whom he has since married.

Bayern continues its Champions League group stage campaign with a trip to Benfica on Wednesday, while Leverkusen meets Real Betis in the Europa League on Thursday.

"I'm so happy for Reece. He hasn't always had it easy here, but he's a really nice guy and has made so much progress," said injured teammate Florian Niederlechner.