Bundesliga minus the last 10 years 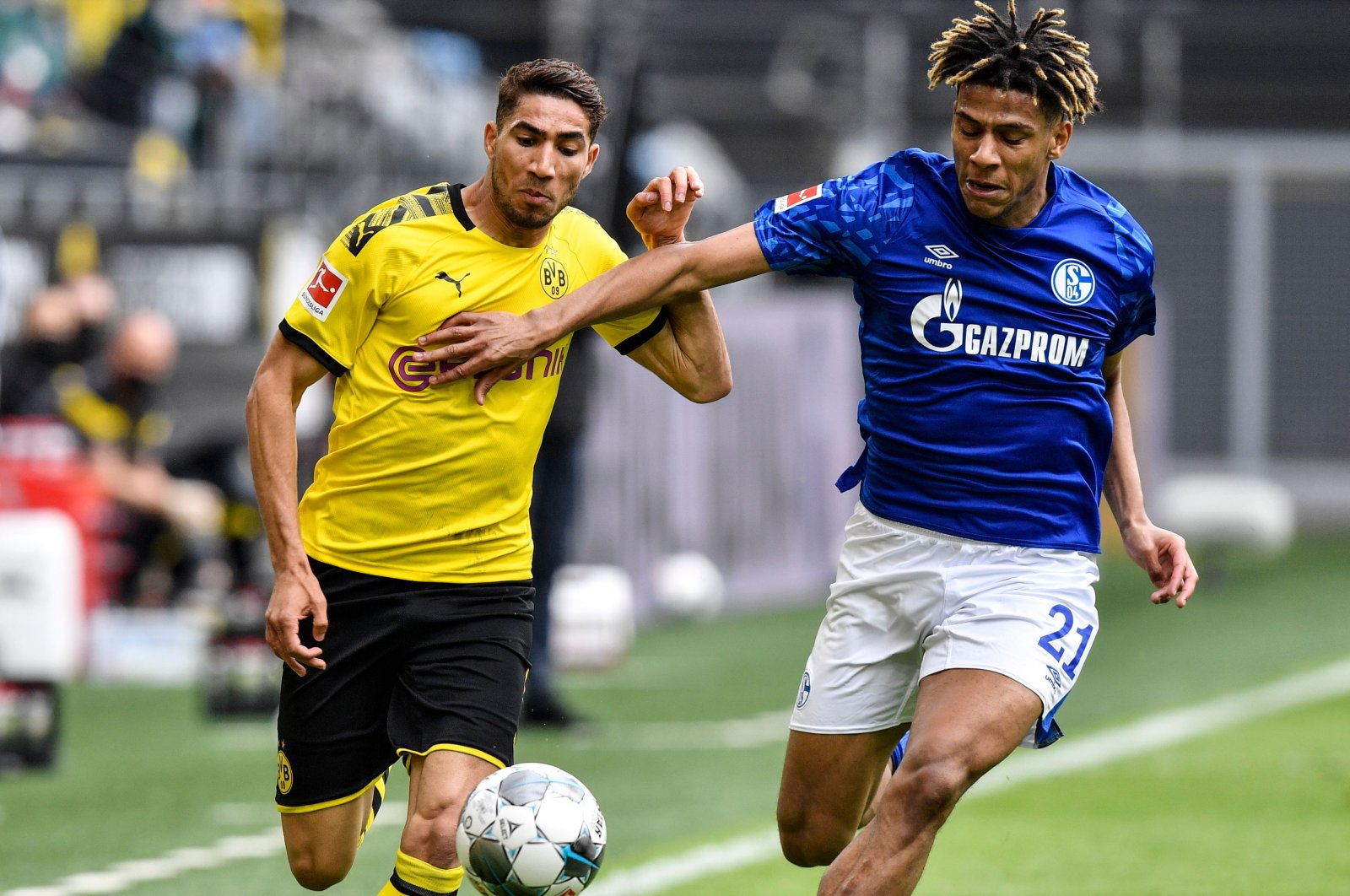 Dortmund's Achraf Hakimi vies for the ball with Schalke's Jean-Clair Todibo during a Bundesliga match in Dortmund, Germany, May 16, 2020. (AFP Photo)
by Arda Alan Işık May 18, 2020 2:10 pm
RECOMMENDED

Right-back Lukasz Piszczek played the ball deep into offensive midfielder Julian Brandt, who passed it directly to Thorgan Hazard with a nice touch, and Hazard’s delivery from the right wing to the penalty box was turned into an assist with a clean finish by Erling Haaland. This was one of the simplest four-pass goals Borussia Dortmund scored, despite the fact that its opponent Schalke 04 was well-positioned to defend its attack. Nevertheless, as if they were in a training session, Dortmund continued to score three more similar goals, which ended the Ruhr derby 4-0 in favor of the black and yellow side. Unlike the growing trend in the last 10 years of football, it was not the physical qualities that determined the result, but the individual technique. It seems like Bundesliga went back 10 years since March, rather than going forward two months.

Until the COVID-19 break, Schalke 04 was a team that relied on its physical qualities and pressing accuracy. Club manager David Wagner, who is a close friend and a former assistant of Jürgen Klopp, is a devoted practitioner of the gegenpressing strategy. However, when he planned his strategies and tactics back in the summer of 2019, he probably did not consider the possibility of a global pandemic. His squad and set pieces are designed to utilize mainly the physical attributes of his team, not the technical ones. Unfortunately for him, without training for two months, players lost a huge amount of their stamina compared with March 2020. It is now practically impossible to play gegenpressing for more than 10 minutes, let alone efficiently conduct it.

That is why almost all deep-ball attempts of Dortmund were a success. The entire Dortmund defense, Piszczek, Hummels and Akanji, enjoyed an abundance of time and space that they probably never had before in this season. Since there was no organized, effective pressing from Schalke 04’s side, Julian Brandt, who has great passing skills, successfully shaped Dortmund’s attacks without even running. Unlike Schalke, Dortmund had more technical players and a strategy that was designed to utilize these technical abilities. Four to five passes were generally enough to find time and space as the team's opponent did not have the energy to return from one wing to another quickly.

This means that gegenpressing, the idea that dominated the last 10 years of football, is temporarily ineffective. To regain the physical form that gegenpressing requires, teams would need to do another summer camp, which is out of the question for this season. Then, as if we are back in 2009, tiki-taka and classic counterattacking seem to be the only major options. Either you will play the game on the opponent’s half or you will accept the game on your half. Gegenpressing was the third way in this picture as it allowed the teams to press high up the pitch.

Now you need to be 2009 Barcelona or 2010 Inter – football without 2011 Dortmund and Klopp’s game-changer ideas. This is why Wagner’s Schalke was so clueless against Lucien Favre’s Dortmund – they did not know how to play otherwise. The teams with more individually talented players and the strategies to utilize them will most probably have the advantage since they would not need to change their system as drastically as the defensive teams. Nonetheless, without fans and stamina, football does not give the same joy. The football industry needs to question its reliance on media revenues for the following seasons.