Bundesliga players onboard with wage cuts amid coronavirus crisis 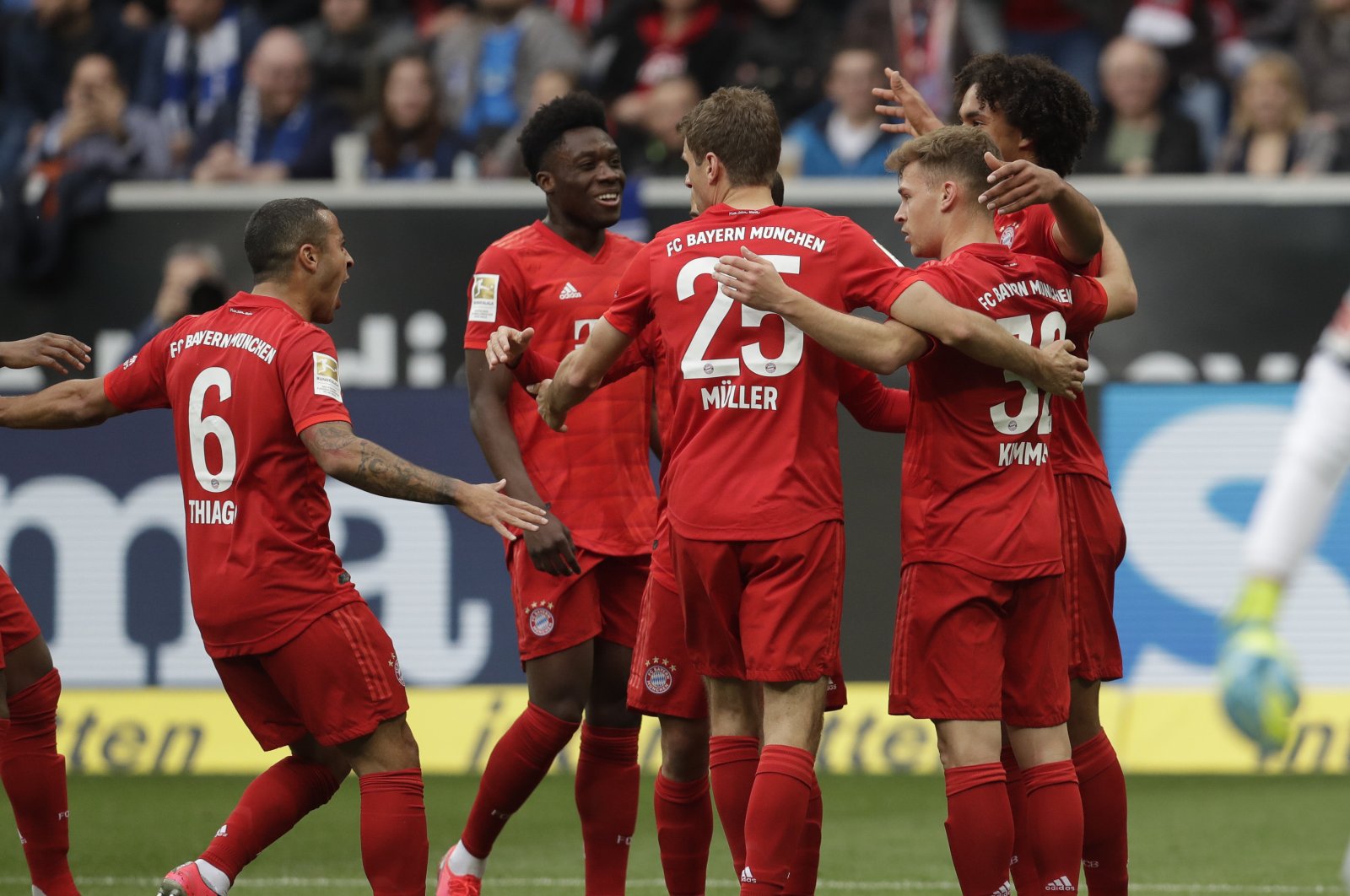 Faced with the loss of millions of euros in earnings, Bundesliga clubs are increasingly approaching players to accept salary cuts while the German league remains suspended.

In some cases, players have come forward collectively to offer to take cuts as the coronavirus pandemic begins to turn into an existential crisis for professional football.

Borussia Monchengladbach was the first of the German top-flight clubs to announce reductions when players agreed to a voluntary cut to salaries last week.

The coaching staff, directors and executives joined them in what could mean a saving of more than 1 million euros ($1.1 million) a month, according to local media.

Players of Werder Bremen, in the middle of a fight to avoid relegation, have followed Gladbach's example.

"The team approached us proactively," said sports director Frank Baumann. "We have players who identify totally with Werder, the staff and the fans – especially in difficult times."

Players and management at record German champion Bayern Munich have agreed to salary cuts of 20% in response to the coronavirus crisis, club sources told the German Press Agency (DPA). The pay cuts are for both players and directors.

Borussia Dortmund is also asking their players to take a 20% cut from their basic wages, local media reported. For matches behind closed doors, a 10% reduction is being requested.

According to WAZ daily, Dortmund could save up to 10 million euros ($11 million) if the reductions are agreed upon.

It would not be the first time Dortmund players have been asked to take cuts. The squad in 2003 agreed a 20% reduction to help the club in a financial crisis.

The Dortmund management and coach Lucien Favre have already agreed to forego some of their regular salaries, reports said.

After talks with captain Lars Bender, Voeller told Bild daily: "We are concerned and the players too. Lars gave me the signal. Everyone is required to help their own club."

"Everyone has to play a part, and of course that also applies to those in charge," he said.

With the German league suspended until at least April 2 and almost certainly longer, Voeller is still hoping the Bundesliga will be able to end the season.

"Despite all the worries we have these days, things should go on at some point if the situation permits, even if we initially have matches behind closed doors," the former Germany striker said.

German Football League (DFL) CEO Christian Seifert, when announcing the suspension, said games would most likely have to be held behind closed doors to complete the season "as the only chance for survival" for some clubs, with tens of thousands of jobs at stake.

Fan groups have already called closed-door games unacceptable but Seifert said without this option and the protection of valuable television income, many clubs would be in danger of financial collapse.

"There is more at stake than a few football games," he said.

Cancellation of the season would cost the clubs an estimated 750 million euros.

"No one wants games without football fans, but we even less want no football at all," Koch said, warning that without such games, "the viability of football is at risk."

Like other countries, Germany aims to complete the league now that the Euro 2020 tournament has been postponed by a year.

Irrespective of wage cuts, some players have taken their own initiatives as a result of the coronavirus crisis to raise money to help those in need.

"On the pitch we can beat anyone," Goretzka said. "But we can only defeat corona together."

The German national team similarly announced details of donations it would make to social programs.