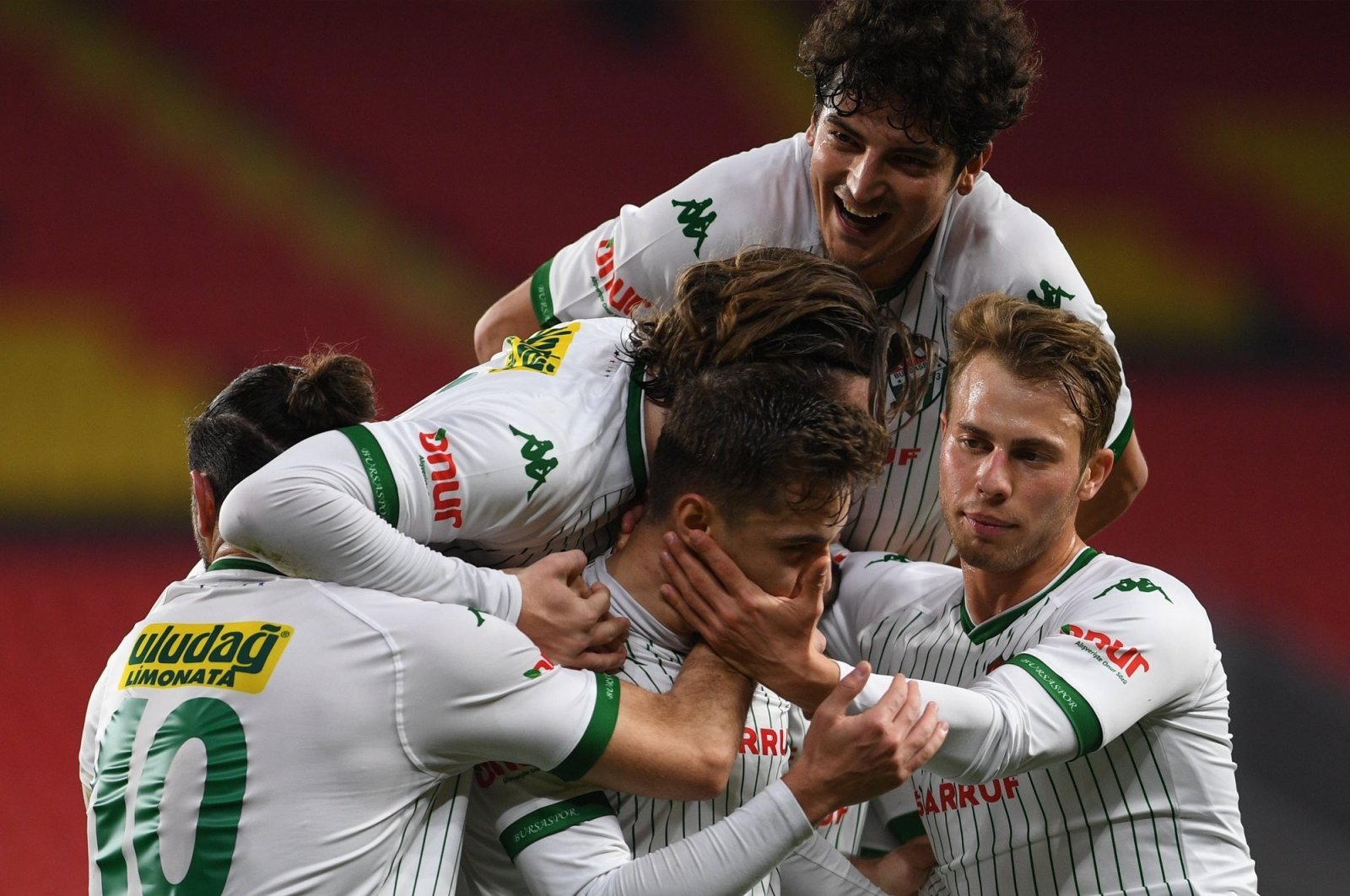 Typically hosting mediocre matches that barely see any excitement until the later stages of the tournament, Ziraat Turkish Cup witnessed a rare scoring frenzy on Tuesday as former Süper Lig champion Bursaspor defeated its rival Göztepe 5-4 to advance into the round of 16.

Bursaspor, which was relegated to the 1. Lig last year, scored the opener of the goal bonanza in the 31st minute with Batuhan Kör.

Göztepe quickly retaliated a minute later to equalize with a Brown Ideye header, which decided the first half’s score.

Two minutes into the second half, Bursaspor took the lead again with another finisher by Kör.

It took nearly half an hour before Göztepe equalized the score again, this time with an own goal by Bursaspor’s Cüneyt Köz.

The Aegean side appeared to have the match within its grasp when it took the lead in the 84th minute with Cherif Ndiaye’s goal, but Bursaspor managed to tuck in a last-minute equalizer in injury time to make it 3-3, which took the match into extra time as knockout rounds are held in a single-leg format in the tournament.

While Göztepe scored another goal in overtime, Bursaspor ultimately won the game 5-4 with two additional goals by Kör and booked its place in the round of 16.

Bursaspor will face Istanbulspor next in TFF 1. Lig, while Göztepe will host Süper Lig newcomer Hatayspor.