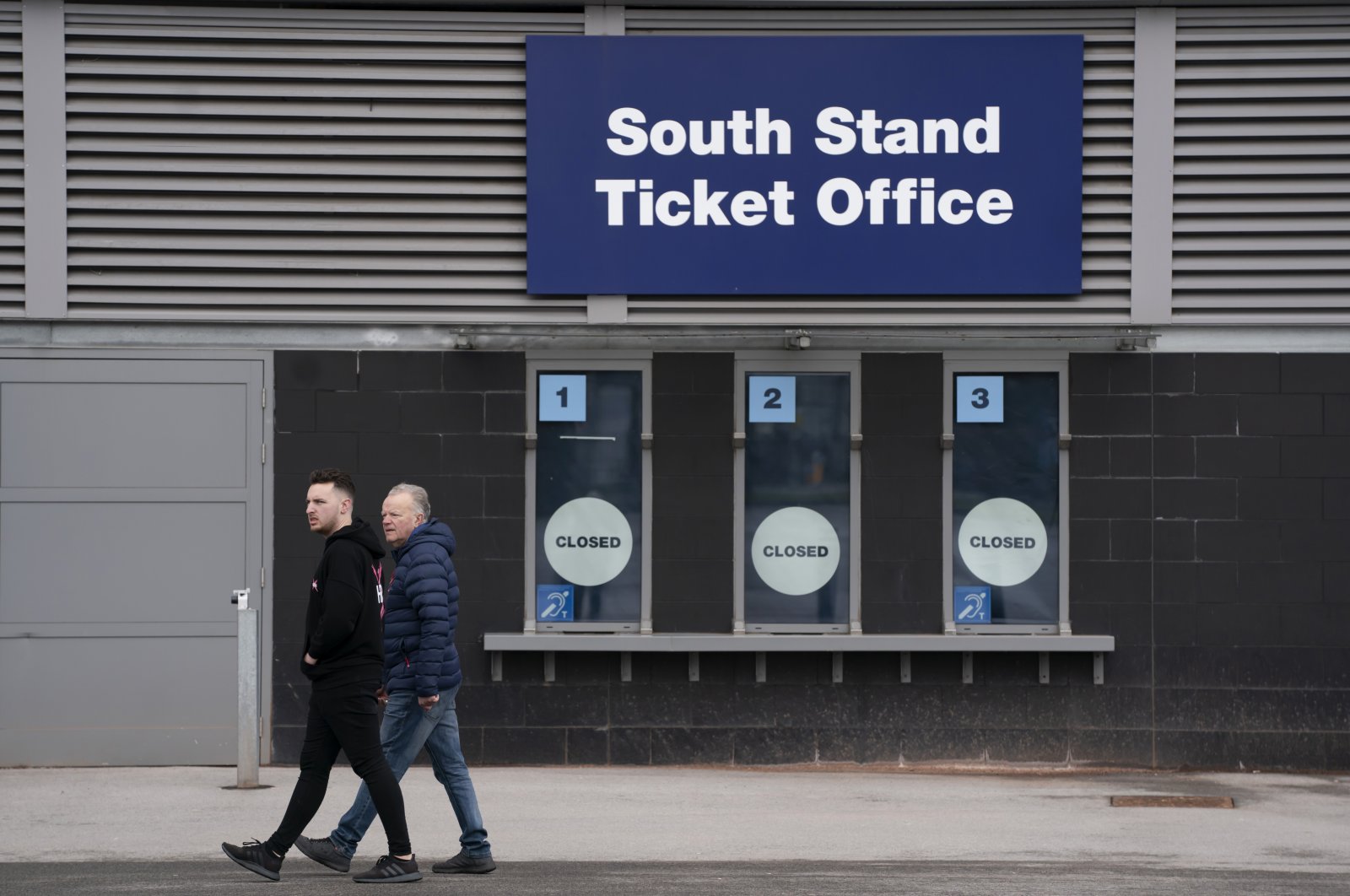 Men walk by a closed ticket office at the Etihad Stadium where Manchester City were due to play Burnley in an English Premier League soccer match, in Manchester, England, Saturday March 14, 2020. (AP Photo)
by French Press Agency - AFP Mar 19, 2020 11:30 am
RECOMMENDED

Europe's top five football leagues could lose as much as 4 billion euros ($4.33 billion) in combined revenue if the coronavirus pandemic completely wipes out the rest of the season, according to a study by KPMG.

The accounting firm, one of the world's biggest, calculated the total potential matchday, broadcasting and commercial revenues set to be generated by the remaining matches in the Premier League, La Liga, German Bundesliga, Italy's Serie A and France's Ligue 1 added up to between 3.45-4 billion euros across the five leagues.

KPMG estimates England's Premier League would lose the most, with as much as 1.25 billion euros going up in smoke should the season be halted – a potential 800 million euros of that in broadcasting revenue alone.

"Broadcasters who have collective deals with leagues may claim that they want money back proportionally if matches are cancelled and the season is not completed," said the report.

The Premier League's broadcasting revenue losses would be the highest despite having fewer games left to play than every other league apart from the Bundesliga, which has the lowest number of teams at 18.

However, clubs in the so-called "Big Five" leagues all rely heavily on television money to help fill their coffers.

The Bundesliga and Ligue 1 stand to lose as much as 400 and 200 million euros respectively.

Leagues across the continent have been put on hold by the deadly spread of COVID-19, which has killed thousands around the world and whose epicenter is now Europe after originating in China.

Hopes the domestic and European season could be finished were raised by Tuesday's postponement of Euro 2020 by a year, with the leagues on hold until at least early April.

UEFA has committed to trying to finish club seasons by June 30, but the target date will need to be reviewed if the spread of the virus does not slow.