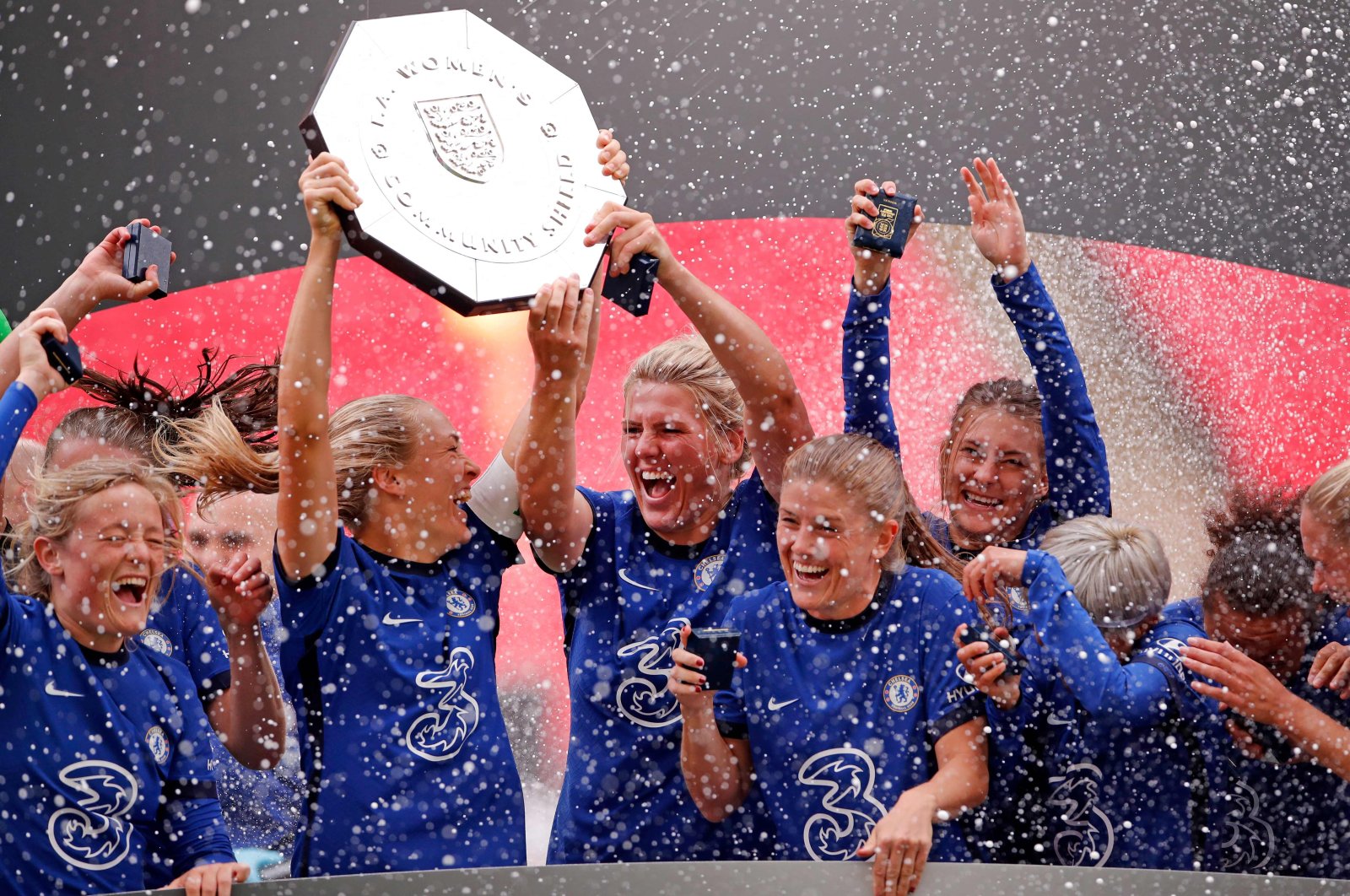 A landmark deal signed between the Football Association (The FA), British public broadcaster BBC and prominent Sky network on Monday is expected to bring millions into the women's football scene and boost its exposure in the U.K. and Europe.

In a three-year broadcast deal for the English Women's Super League (WSL), Sky Sports will show up to 44 games per season, with the BBC screening 22 matches free-to-air in a deal reported to be worth around £7 million ($9.7 million) per year.

The deal will help diminish pay gaps and the lack of institutional support that has affected the sport for years.

The FA director of the women's professional game, Kelly Simmons, said the deal was "a game-changing agreement that will transform" the WSL.

She said she believed it was the biggest domestic commercial deal ever agreed for women's football rights.

"This is a landmark deal, not just for the WSL but the whole of the women's game," said Simmons.

"When we look at the benchmarks around the audience, this, without doubt, will take us to be the most-watched women's sports league in the world.

"It is transformational. This is mainstream, this is prime slots on television, big audiences, week in, week out, and I think it's such an exciting step for the women's game. It is quite an emotional moment."

It is the first time the rights to the WSL have been sold separately from those to the men's game, with the 12 top-flight clubs receiving a proportion of the revenue.

Clubs in the Women's Championship will also benefit, with 25% of the funds fed down to the second tier.

With men's Premier League games all usually live on subscription services in Britain, some fixtures from Europe's only fully-professional women's league could gain a bigger audience with at least 18 slots on BBC One and BBC Two from next season.

Previously WSL games on the BBC had been shown live only on streaming or interactive TV services rather than on the two channels that appear at the top of digital programming guides.

"We are delighted to offer the FA Women’s Super League a free-to-air platform to ensure the sport, and the players, connect with the widest possible audience,” said Barbara Slater, the director of BBC Sport.

The bulk of live games – at least 35 – will be on Sky Sports, which replaces BT Sport as the WSL's pay-TV partner and also airs the Premier League. Sky is owned by Comcast, which has been airing WSL games via NBC's sports services this season.

Games not on Sky Sports or the BBC will continue to be shown live via the FA Player, the governing body's free streaming platform.

Despite the squeeze on clubs' finances as a result of the coronavirus pandemic, Chelsea owner Roman Abramovich expects more money to be invested in women's football.

"I see no reason why clubs wouldn't want to support women's football and provide the best possible opportunity for them to succeed," the Russian oligarch told Forbes.