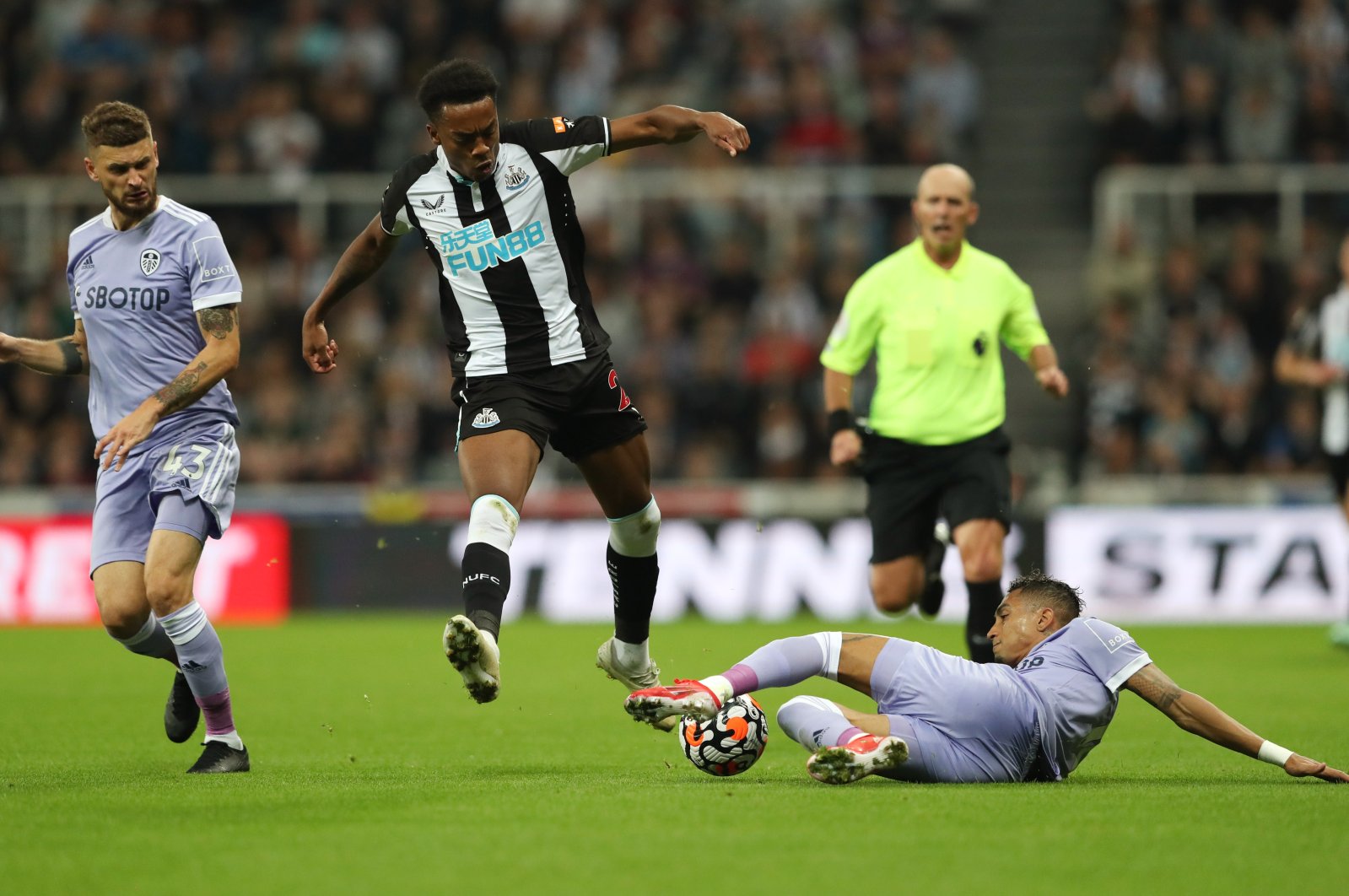 Leeds United were hoping that they could shake off an apparent sophomore slump after last year's blistering campaign on their return to top-flight football, and at least for 44 minutes on Friday night things seemed to be going their way.

Newcastle United and Leeds fought out a 1-1 draw in an entertaining Premier League clash at St James' Park on Friday and the result did neither side any favors as it stretched their winless starts to five games.

The result left Newcastle 18th on two points and piled more pressure on manager Steve Bruce while Leeds are 16th on three points after they missed a string of chances in an action-packed first half.

Leeds dominated possession and missed a string of chances after Raphinha fired them ahead in the 13th minute before Allan Saint-Maximin leveled with a fine individual effort on the stroke of halftime.

Saint-Maximin was not happy with the outcome.

"We are really disappointed tonight because the team gave everything to win this game," he told Sky Sports. "We knew we needed a win to start the season, so we just have to keep going and work hard."

Leeds manager Marcelo Bielsa rued his team's lack of killer instinct in front of goal and conceded he was concerned with their poor start.

"Yes, of course (going five games without a win) worries me," the Argentine said.

"We had sufficient chances to go in at the break with a bigger margin but we didn't score in proportion to the number of chances we created," Bielsa continued. "We were missing some efficiency and capitalizing on the chances that we had. We had a lot of possession, perhaps we could have created even more danger especially in the second half."

Raphinha fired Leeds ahead when his cross from the left beat Karl Darlow at the far post after Rodrigo's clever dummy left the goalkeeper stranded, with the Brazilian winger tormenting his markers throughout the first half.

He forced a save from Darlow in the 20th minute and the visitors came close to doubling their lead several times before Matt Ritchie hit the post and keeper Illan Meslier denied Joelinton at the other end.

There was nothing Meslier could do about the equalizer, though, as Saint-Maximin found space on the edge of the penalty area by side-stepping three markers before he drilled a crisp low shot into the far corner.

Darlow spared Jamaal Laseclelles the blushes of scoring an own goal in the 52nd minute before Meslier twice denied Saint-Maximin as the Newcastle forward continued to be a threat.

The pace dropped in the closing stages with both teams cautious not to concede a late goal, with Leeds having the upper hand but unable to find a way through.