Champions League draw puts all remaining winners in same half 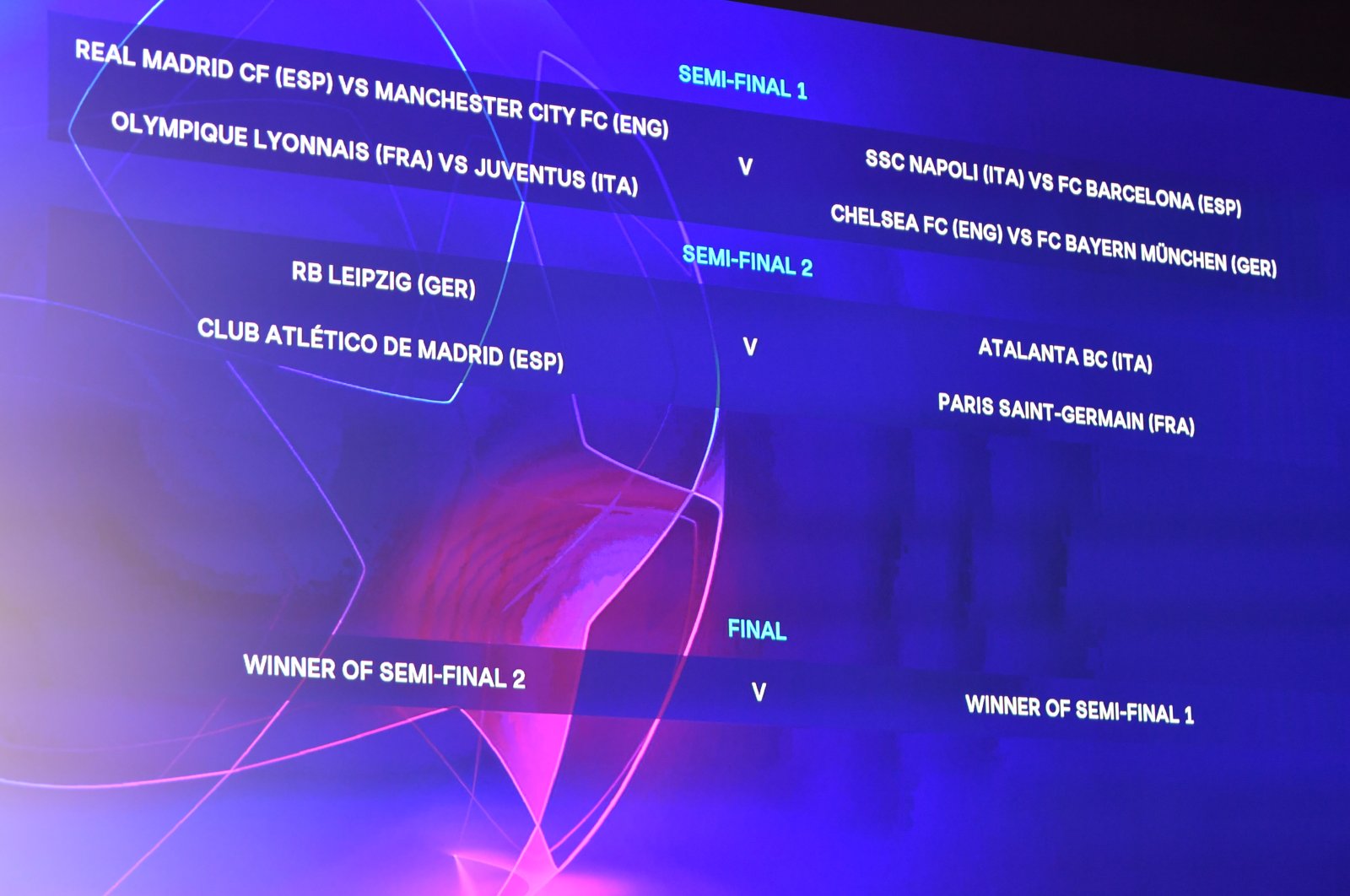 This handout photo, made available by UEFA, shows the potential fixtures of UEFA Champions League 2019/20 quarterfinals and semifinals during the draw at the UEFA headquarters, in Nyon, Switzerland, July 10, 2020. (UEFA via EPA)
by Agencies Jul 10, 2020 2:38 pm
RECOMMENDED

All five former Champions League winners were put into the same half of the draw on Friday, setting up a possible semifinal pairing between Cristiano Ronaldo and Lionel Messi.

Real Madrid, Juventus, Barcelona, Chelsea and Bayern Munich will whittle down one side of the draw to reach the final on Aug. 23 at the Stadium of Light in Lisbon.

The other side will between three-time finalist Atletico Madrid, Paris Saint-Germain, Atalanta and Leipzig.

The quarterfinal matches will be played on four straight evenings from Aug. 12-15 at a mini-tournament in Portugal. The semifinals are scheduled for Aug. 17-18.

Four quarterfinalists are still to be determined, all of them involving the former champions. Juventus and Lyon will complete their round of 16 meetings next month in Turin. The winner of the two-leg series will play either Real Madrid or Manchester City in the quarterfinals.

City leads Real 2-1 heading into the return leg at the Etihad Stadium in Manchester, while Lyon defends a one goal lead when it travels to face Juve in Turin.

Barcelona and Napoli also have a game to play in Spain before heading to Portugal. Barca drew 1-1 at Napoli in the first leg.

The winner will face either Bayern Munich or Chelsea in the quarterfinals. Bayern is a strong favorite to make the last eight having beaten Chelsea 3-0 at Stamford Bridge in the first match.

Those four outstanding games will be played on Aug. 7 and 8, hosted by the home teams: Barcelona, Bayern, Juventus and Man City.

The other half of the draw was much more straightforward with all four quarterfinals set before the coronavirus pandemic shut down European soccer.

Leipzig will face Atletico Madrid, and debutant Atalanta will take on Paris Saint-Germain. The winners will meet in the semifinals.

The single-leg quarterfinals and semifinals were both drawn Friday, putting Ronaldo and his Juventus teammates on course to meet Messi and Barcelona.