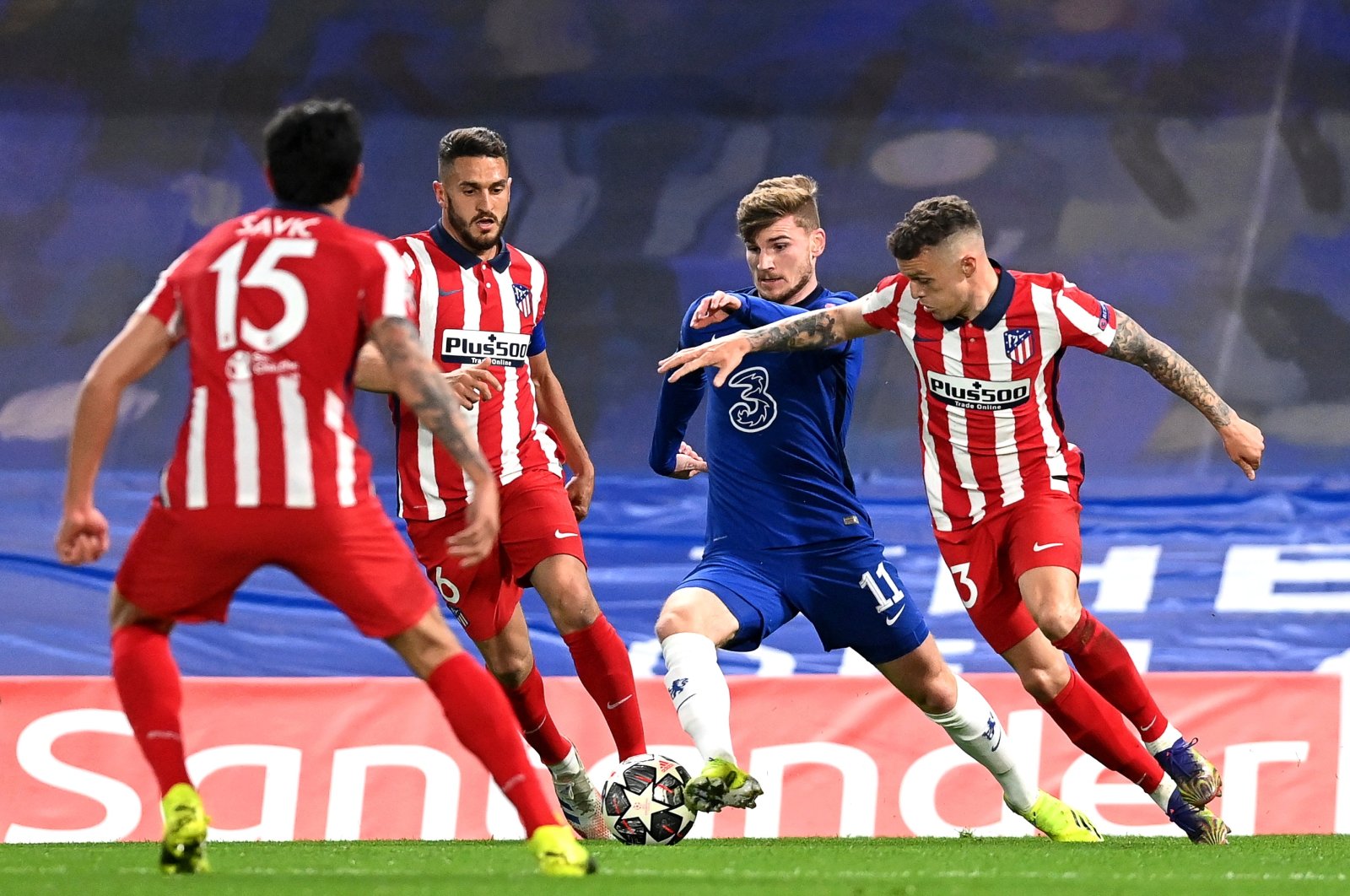 Chelsea eased into the quarterfinals of the Champions League for the first time in seven years with a 2-0 victory over Atletico Madrid on Wednesday, completing a 3-0 win on aggregate.

Chelsea took the lead with a goal created by a trio of summer signings that cost more than $200 million.

Kai Havertz launched a counterattack after Kieran Trippier's cross was intercepted before releasing Timo Werner to run down the left. Werner sent the ball in for Hakim Ziyech, who placed the shot under goalkeeper Jan Oblak in the 34th minute.

The goal meant Atletico needed to score twice but its slim chances ended when Stefan Savic was sent off in the 81st minute for elbowing Chelsea defender Antonio Rudiger.

Two of Chelsea's substitutes then combined for the second goal in the fourth minute of stoppage time.

Emerson Palmieri had only been on the pitch a minute when he was set up by Christian Pulisic on the break and he struck only his second goal in three years at Chelsea.

The win further builds on the momentum the London club has built up in the two months since Frank Lampard was fired, with new coach Thomas Tuchel unbeaten in 13 matches with 11 clean sheets.

It was just the latest setback for Atletico, whose Spanish league lead has dwindled from 10 to four points in recent weeks.

Diego Costa symbolized the visitors' struggles as the striker, who was so prolific when playing for Chelsea, remained without an away goal in 25 Champions League appearances. He hasn't netted in any European games in this campaign.

Bayern Munich moved a step closer to defending its Champions League title by beating Lazio 2-1 at home Wednesday to seal a 6-2 aggregate win and a place in the quarterfinals.

Robert Lewandowski gave Bayern the lead from the penalty spot in the 33rd minute for his 39th goal in all competitions this season. Lewandowski calmly struck the ball past his former Bayern teammate Pepe Reina after Lazio's Vedat Muriqi was judged to have held Leon Goretzka as they jostled for position at a corner.

Lewandowski had the chance to reach 40 goals but the Polish striker hit the post with a low drive from outside the penalty area.

Eric Maxim Choupo-Moting came off the bench to replace Lewandowski and soon scored Bayern's second off a defense-splitting pass from David Alaba in the 73rd. The game was long since out of Lazio's reach when Marco Parolo headed in a free kick in the 82nd. That marked Bayern's seventh game in a row conceding at least one goal.

Bayern has reached at least the quarterfinals in nine of its last 10 Champions League campaigns, with the sole miss coming with a 3-1 aggregate loss to Liverpool in the last 16 in 2019.

The quarterfinal lineup is now complete. England is the best-represented country with Liverpool and Manchester City also through. Borussia Dortmund is with Bayern in Friday's draw, along with Paris Saint-Germain, Porto and record 13-time champion Real Madrid.