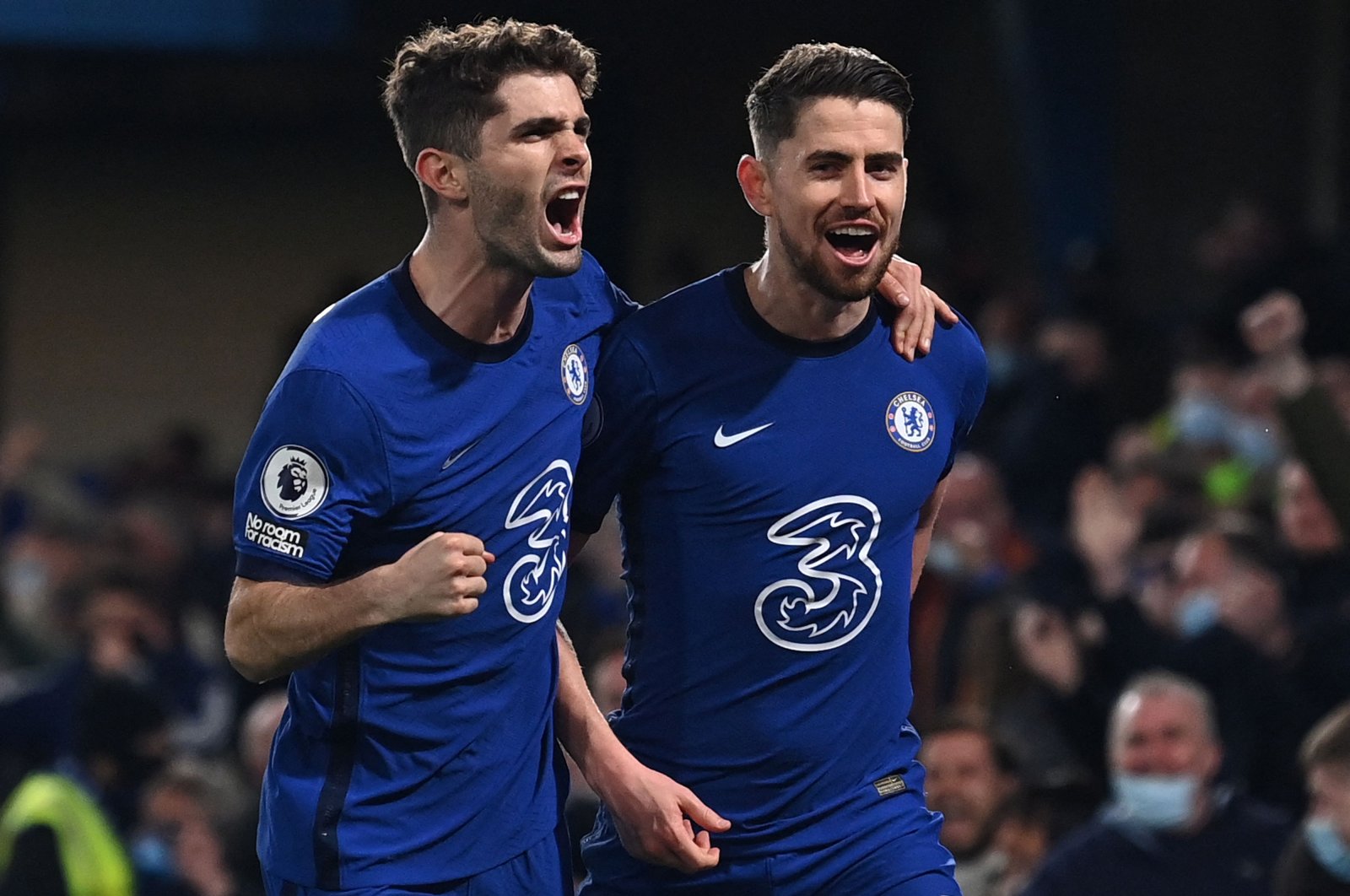 Chelsea beat Leicester City 2-1 at Stamford Bridge on Tuesday as the Londoners took control of their destiny in the Premier League top-four battle and avenged their FA Cup final defeat last weekend.

Roared on by 8,000 fans, Thomas Tuchel's side dominated and was rewarded after the break with Antonio Rudiger bundling in its opener before Jorginho rolled home a penalty.

Timo Werner twice had goals ruled out before the break while Leicester, who looked flat after Saturday's celebrations, offered little threat until Kelechi Iheanacho gave the visitors a lifeline with a cool finish in the 74th minute.

It was a nervy climax and Ayoze Perez wasted a glorious late chance to equalize but Chelsea clung on for a priceless win that moved it into third place on 67 points with one game remaining, meaning a win at Aston Villa on Sunday will guarantee it Champions League football next season.

For Leicester, there is now the looming possibility that it will let a Champions League berth slip through its fingers for the second season in succession.

It could have ensured a top-four finish had it won at Stamford Bridge but will now drop to fifth, on goal difference, if Liverpool wins at Burnley on Wednesday.

Leicester, who has 66 points, finishes with a home game against Tottenham Hotspur while Liverpool's final game of the season is at home to Crystal Palace.