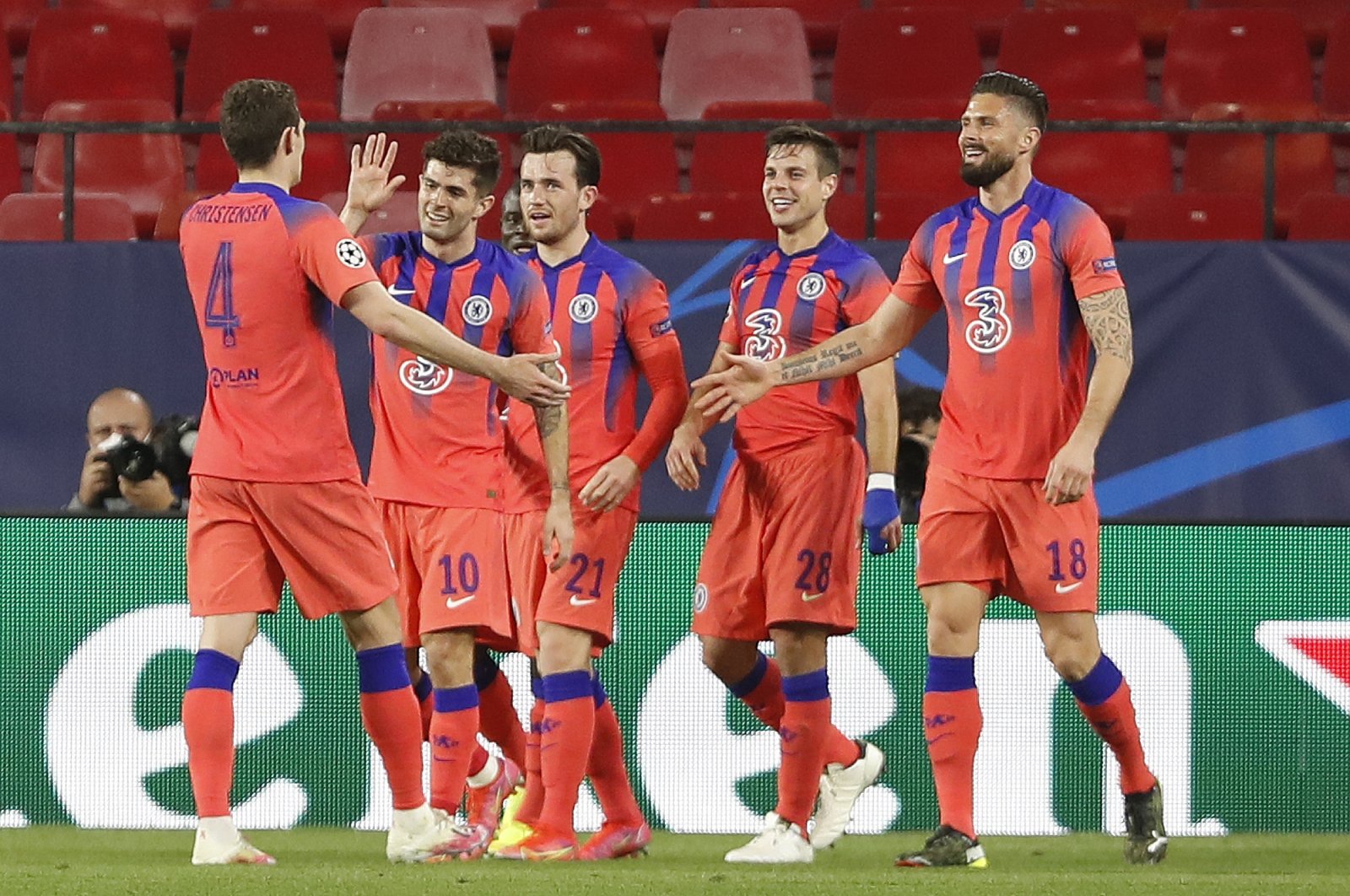 Superb individual goals from English pair Mason Mount and Ben Chilwell gave Chelsea a 2-0 win away to Porto in its Champions League quarterfinal first leg Wednesday in Seville, as the Londoners made the most of their few chances.

Midfielder Mount ran on to an incisive pass from Jorginho then swiveled to get past a defender before firing the ball low and hard into the far corner to prise Porto open in the 32nd minute and score his first Champions League goal.

Porto knocked Juventus out in the last round on away goals but was missing its two top scorers in Sergio Oliveira and Mehdi Taremi through suspension.

It was more adventurous than the Premier League side and narrowly missed the target in the first half with thumping volleys from Mateus Uribe and Zaidu Sanusi.

The Portuguese side came even closer in the second with a header from veteran defender Pepe that was beaten away by Chelsea keeper Edouard Mendy, who also repelled an effort from striker Moussa Marega. Colombian forward Luis Diaz, meanwhile, whistled a shot just wide.

But Chelsea was always looking to strike down the other end and went close to finding its second with a long-range effort from Christian Pulisic which rattled the crossbar.

Moments later, it grabbed a crucial second away goal when Chilwell pounced on a slip by Porto's Jesus Corona and dashed across the box to dribble his way into the net in the 85th minute and take Chelsea a step closer to reaching the semifinals for the first time since 2014.

"We knew it would be a tough game. We kept going, we got the goal in the first half and the second secured a good win," said Mount.

"The job's not done. They'll fight for the next leg and we'll have to give it our all. We'll be ready."

The second leg on April 13 will also be played at Sevilla's Sanchez Pizjuan stadium due to coronavirus restrictions on travel between Portugal and England.