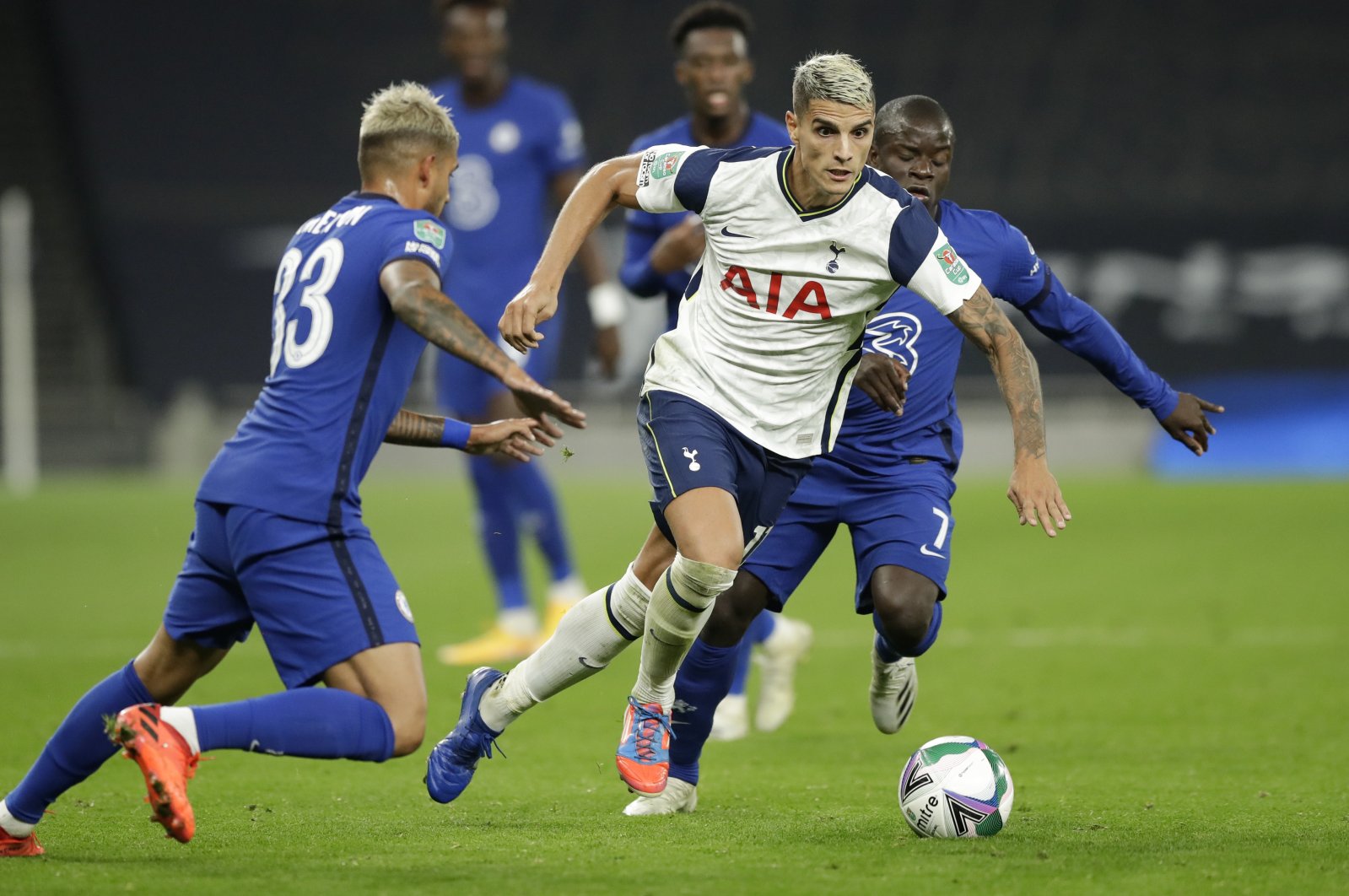 Jose Mourinho prepares his Premier League-leading Tottenham Hotspur side to face Chelsea, the club where he cemented his legacy as one of the greatest football managers of all time

Chelsea will not lack incentives to knock Tottenham Hotspur off their Premier League perch when the capital's most bitter derby kicks off at Stamford Bridge on Sunday.

The West Londoners have lorded it over Spurs for the past two decades, bagging sacksful of silverware while Tottenham yearns for a return to its glory days.

Under Mauricio Pochettino Spurs twice finished above Chelsea in the standings but missed out on the title to the Blues by seven points after an intense race in 2017.

The season before that, Chelsea finished 10th but even then had the last laugh in a bad-tempered draw at Stamford Bridge that killed the title dream of Pochettino's team.

Tottenham is again hinting at a title charge and will go into the weekend top of the league after at least nine rounds for the first time since 1985.

The architect of the club’s resurgence is Jose Mourinho, the manager once idolized by the Stamford Bridge faithful for delivering three Premier League titles in two stints, making it all the harder to swallow for Chelsea.

Apart from a remarkable 6-1 win at Manchester United, Spurs' relatively comfortable run of fixtures led many to suggest they were in a false position. Last week's 2-0 win over Manchester City changed all that. It was a Mourinho masterclass.

City had more shots and more possession, but Tottenham was clinical and the fact that Gareth Bale remained on the bench spoke volumes for the depth the club has in its squad.

"Mourinho wants to win a trophy here. He knows we are capable of winning. We have all that we need to win. He's the right man to bring us to the trophy," forward Lucas Moura said.

Stamford Bridge has been a barren hunting ground for Tottenham though, with one away league win in 30 years.

Victory for Chelsea would see it leapfrog Spurs. Tottenham could also be replaced as leader by Liverpool, which visits Brighton & Hove Albion on Saturday.

Tottenham has 20 points, the same as Liverpool, with Chelsea in third place with 18 after three successive wins.

Frank Lampard's side warmed up for the derby with a 2-1 victory at Stade Rennais on Tuesday to seal a spot in the knockout rounds of the Champions League.

Tottenham, meanwhile, will have to return to action in just 48 hours, following Thursday’s home game against the Bulgarian side Ludogorets in the Europa League which, while being a disadvantage, was dismissed by Lampard.

"He (Mourinho) has got a strong squad and he can make rotations. But if you're not going to get up ready to attack a London derby, then you shouldn't be in this game," the Chelsea boss said.

Liverpool will be eager to bounce back from Wednesday's stumble in the Champions League, when it lost 2-0 at home to Atalanta, as it faces Brighton on Saturday at lunchtime.

Manchester City hosts Burnley in the odd position of being as far away from the top spot as it is from the relegation places.

City's defeat at Spurs left the club languishing in 13th place with 12 points and a minus one goal difference. Its fightback needs to begin soon and Burnley may be the fall guys.

Burnley's home win over Crystal Palace on Monday means only two clubs, West Bromwich Albion and Sheffield United, are still without a victory and they meet at The Hawthorns on Saturday.