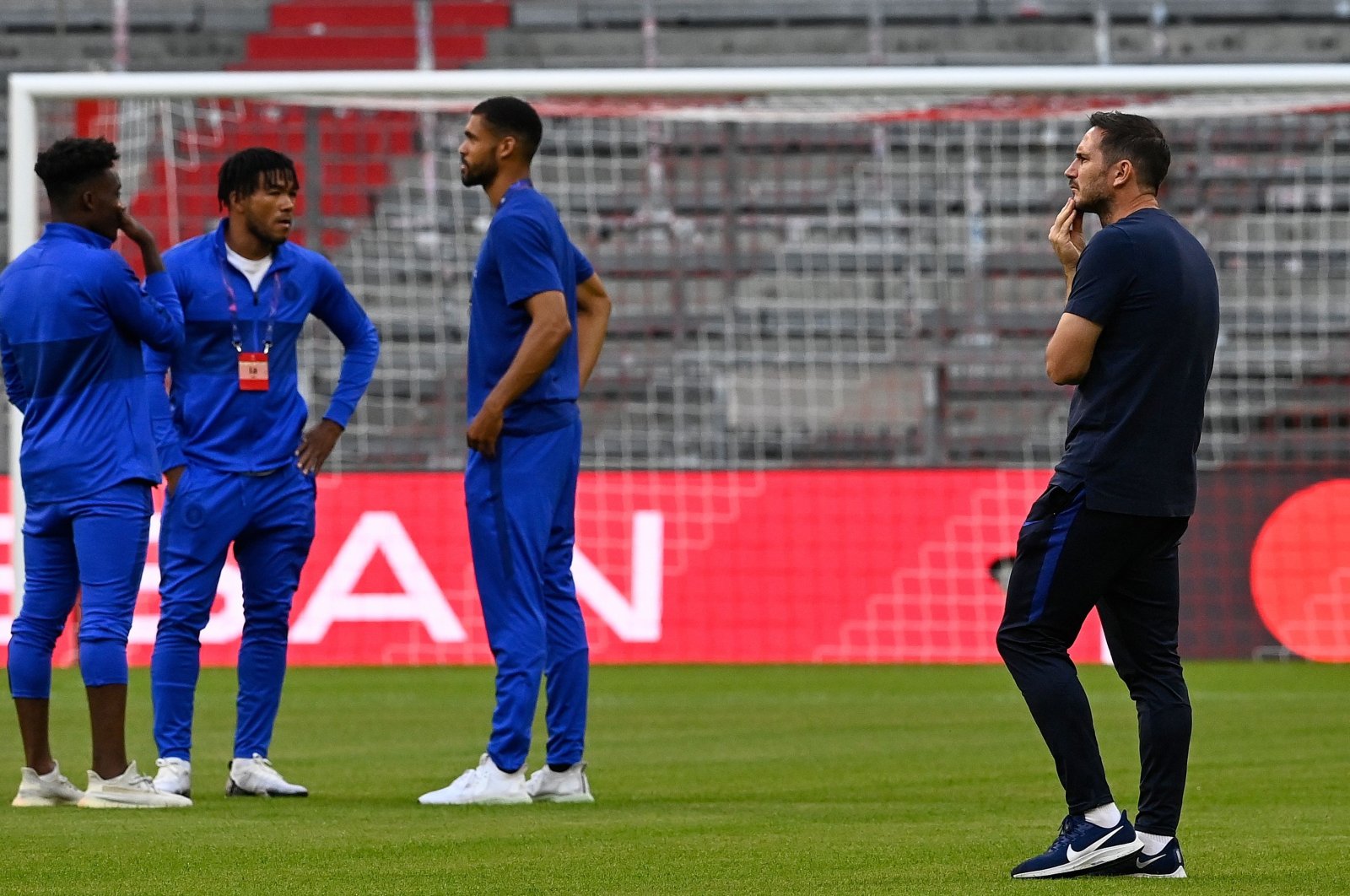 Chelsea's English head coach Frank Lampard (R) and his players inspect the pitch prior to the UEFA Champions League, second-leg round of 16, football match between Bayern Munich and Chelsea in Munich, Germany, Aug. 8, 2020. (AFP Photo)
by REUTERS Aug 27, 2020 11:25 am

Several Chelsea players have not returned for pre-season training after testing positive for COVID-19, according to reports in British media.

The reports did not name the players and Chelsea did not immediately respond to a Reuters request for comment.

Players who test positive have to self isolate for 10 days and return a negative coronavirus test before they can take part in the training.

Some 14 positive cases have been reported across at least 12 clubs in the English top flight.

Frank Lampard's side, who finished fourth last season, kicks off their campaign against Brighton on Sept. 14.