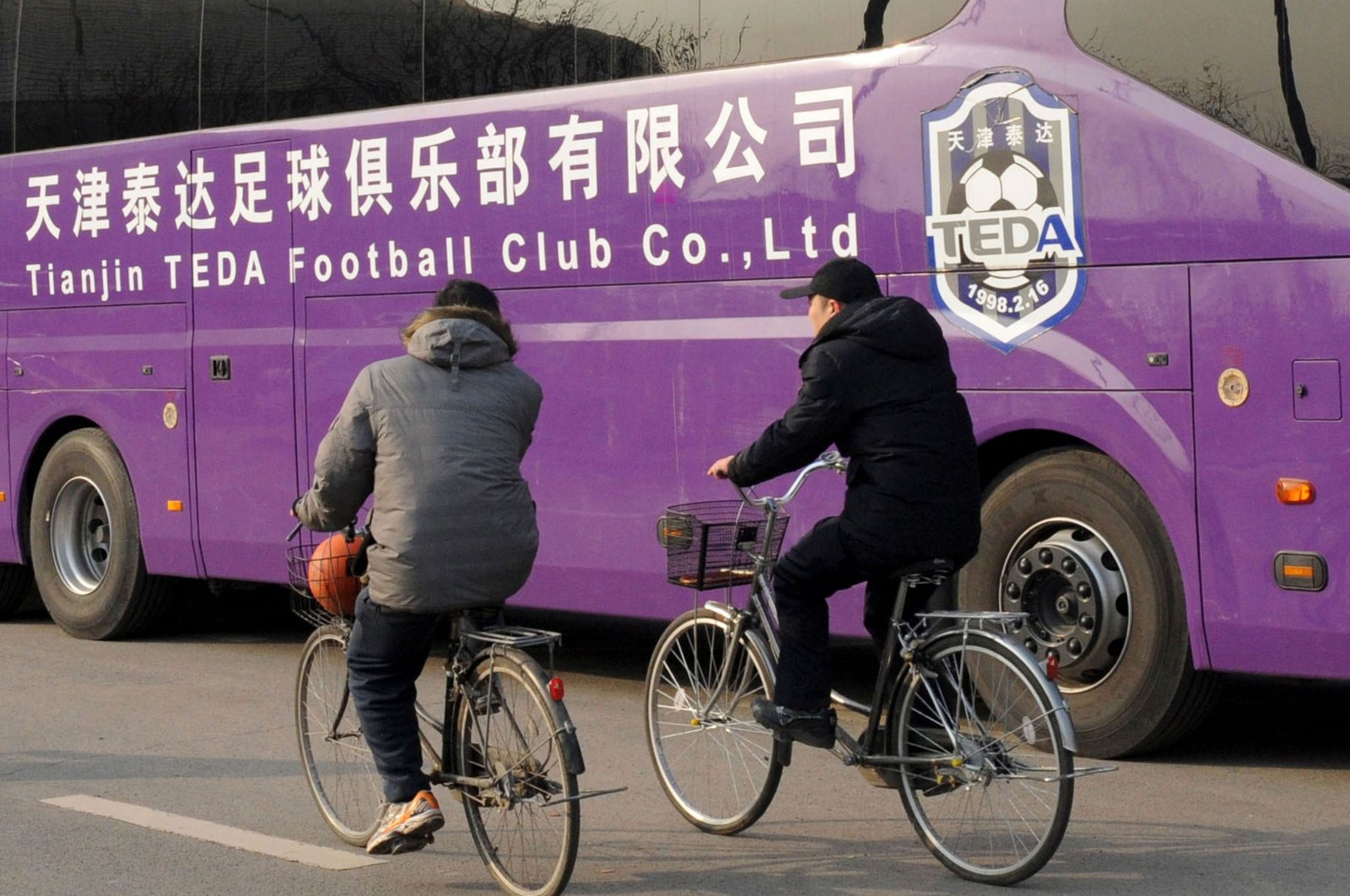 Next season's Chinese Super League (CSL) will take on a new look after the 16 teams were told to drop the corporate part of their names, infuriating some fans.

The Chinese Football Association is making good on its order that clubs must remove references to investors and the companies that own them, and instead adopt "neutral" names, state media said.

The move, part of wide-scale reform plans for football in China stretching back to 2015, will have a major impact when the new campaign kicks off in the spring and will reportedly affect most of the CSL teams.

At least one team in the second division is also asking for fan feedback for a new name, suggesting the edict could also apply to clubs in other tiers of Chinese football.

New Chinese champions Jiangsu Suning, Fabio Cannavaro's two-time Asian title-holders Guangzhou Evergrande and Oscar's Shanghai SIPG are prime among those likely to have to rebrand themselves.

Suning is a retail giant, Evergrande is one of China's largest property developers and SIPG is Shanghai International Port Group.

"If there is no major change, the name 'Teda' will become history," it said. "The club's recent communication with the Chinese Football Association and the result of its reasonable efforts (to keep the name) are not optimistic."

The club on China's northeast coast has had "Teda" – a local state-owned enterprise – in its name since 1998.

"Company-based clubs have been part of our lives for generations," he said.

"It's just so sad that you hear it in the morning that the FA will not allow that name to exist anymore," Wang said.

Zhu Fulei said that he was "so angry and sad" that his team Wuhan Zall will soon be known as something else.

"This name has been with us for so many years. Whether old or young, we call the team this name every day," said the 19-year-old student.

A few clubs are canvassing the opinions of supporters, some of whom are happy to see the back of the company names.

Guangzhou R&F – backed by a major real-estate developer – has asked fans on the Twitter-like Weibo what they should be called next season.

Rafa Benitez's side is one of those that will not need to switch, having done so in January, when it went from Dalian Yifang to Dalian People's Professional Football Club – "hoping to promote bonding with the people of Dalian city," state media said at the time.

The Beijing News reported last week that "with the exception of Dalian, most (Super League) clubs are currently facing a name adjustment."

Writing this week in the Oriental Sports Daily, columnist Yan Yiwei said that a team name should have "personality."

"A person's name corresponds to a living person," he wrote. "In the eyes of those familiar with the name, it is not abstract but very specific and vivid."

"The same goes for the name of a club," he said.