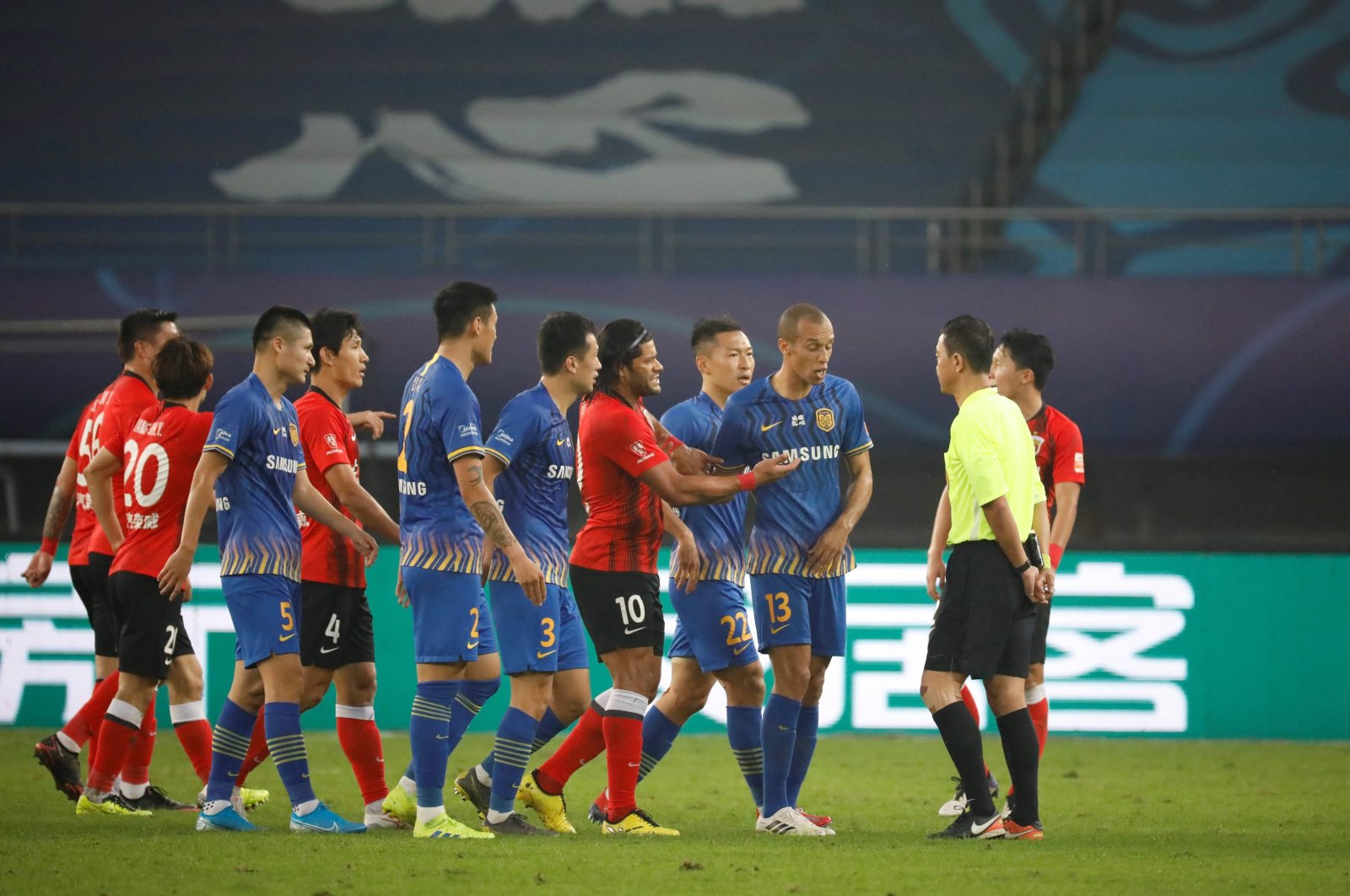 Referees dished out dozens of yellow cards and at least 12 players were sent off in only eight matches in what state media on Tuesday branded a "miserable" record in the Chinese Super League. The flurry of cards came as the CSL approaches its nervy climax to the coronavirus-hit season, with the title and automatic relegation both set to be decided over the next 10 days.

Wuhan Zall's defeat on penalties to Qingdao Huanghai on Monday in a bitter relegation dogfight was particularly bad-tempered, with three players dismissed. Wuhan's coaching staff were so incensed at one point that they stormed on to the pitch, reportedly causing South Korean referee Ko Hyung-jin to temporarily halt the match. "We are very confused about this now and it is not our bad performance that caused the current situation," coach Pang Li fumed, referring to the performance of Ko, who was drafted in to raise the standard of refereeing in an attempt to avoid just this kind of controversy.

There were so many incidents in the 18th round of matches, involving both players and coaching staff, that Chinese media tallies differed. But all agreed the deluge of cards was an unwanted record. The state-run Beijing News said that there were 60 yellow cards and 13 red, "the highest number of single-round red and yellow cards in the history of the Super League." It said with the CSL revamped to make up for five months of the season lost to the coronavirus, and teams living in secure "bubbles," players and coaches were under extreme pressure.

Teams are now playing two-legged ties in a knockout formula to decide league placings, including the title and relegation spots. The chaotic round of just-concluded matches saw Shanghai SIPG's title hopes obliterated by Jiangsu Suning, who pulled off a shock victory in extra-time despite having only 10 men for over an hour.

Defender Abduhamit Abdugheni was dismissed after he raked his studs down the base of the spine of Brazilian star Oscar. "The closed-game system (bubble) and the brutal knockout system of the second stage of the league has made the games full of uncertainty," said the Beijing News. "Every team is in a state of physical and mental overload. This miserable scene is not a surprise."