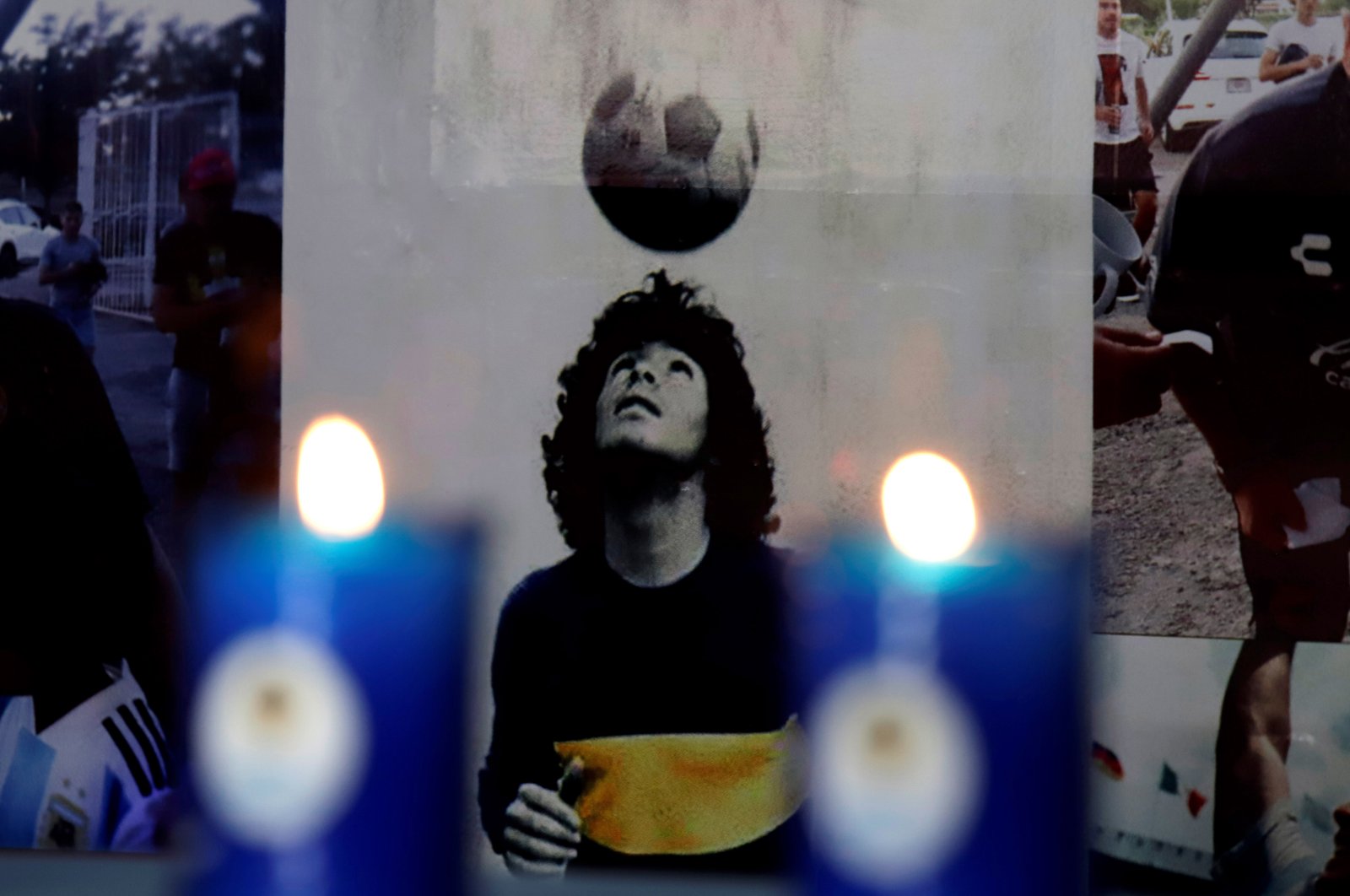 Mexico's first Maradonian church has recently opened its doors to worshippers, who are welcomed by a pair of large vases bearing footballs at the entrance and an image of Diego Maradona wearing a charro hat.

Inside the church, the Catholic Stations of the Cross are recreated with photos of Maradona from his childhood to emblematic meetings with the late Cuban leader Fidel Castro and Pope Francis.

The church in the central Mexican city of Puebla, which opened on July 7, celebrates the "religion" created in Argentina in 1998 by the admirers of the late football legend Maradona.

The Maradonian religion has spread to several countries around the world and has more than half a million followers.

"My Mom and Dad, who are Catholics, say it's crazy," said Andrea Hernández, a 22-year-old football player, during a visit to the Maradonian church adorned with posters of Maradona, who played for clubs in Spain and Italy.

"But for us, those of us who like football, it is very nice that Maradona can have such recognition in Mexico."

Maradona, who died in November 2020 shortly after celebrating his 60th birthday, achieved footballing glory after winning the 1986 World Cup in Mexico, which crowned him one of the best players of all time.

Marcelo Buchet, who opened the church, said it was a place "where we can talk about football."

"It is not like going to another church, sitting down and listening," said Buchet.

"Here you are part of everything. People have accepted this and they are very happy. I have seen people cry, people throw themselves at his picture, pray. I feel much better that I'm not the only crazy one."