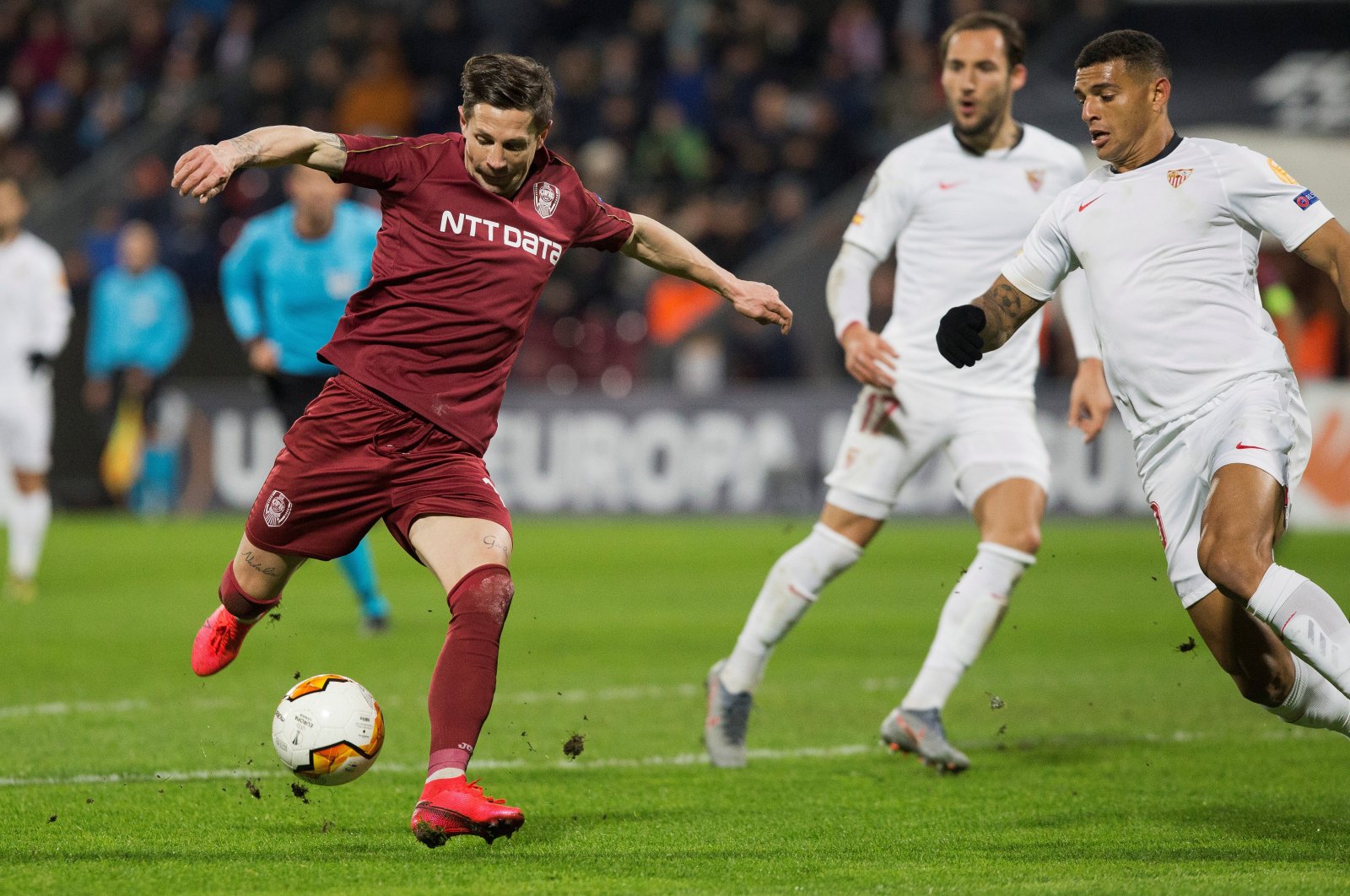 Football club CFR Cluj clinched their third successive Romanian title on Monday after coming from behind to beat Universitatea Craiova 3-1 in a playoff that decided the country's representative in the Champions League.

The Romanian Federation (FRF) said a couple of hours before kick-off that the match-winner would earn a place in next season's Champions League qualifying rounds, adding that extra-time periods and penalties could follow the regular 90 minutes in case of a draw.

The FRF took the unprecedented decision to meet UEFA's deadline for national associations to enter teams for next season’s European competitions. UEFA set Aug. 3 as a deadline.

Cluj won their sixth title since 2008 after collecting 49 points. Universitatea, who have one game remaining, are second on 44.

Craiova midfielder Dan Nistor opened the scoring with a thunderous shot from outside the area after 10 minutes and Cluj's Brazilian midfielder Paulo Vinicius headed from a corner to level the score nine minutes before the break.

Unmarked defender Kevin Boli headed in from 7 meters to put the visitors in front in the 56th minute and Ciprian Deac converted a penalty in the 77th minute to make it 3-1.

Thousands of Universitatea fans gathered outside Ion Oblemenco Stadium despite not being allowed to watch the game on a huge screen due to the restrictive COVID-19 measures in the Black Sea state.

Cluj manager Dan Petrescu, a former Chelsea and Southampton defender, missed his team's victory as he is still under quarantine following a positive COVID-19 test.

Cluj had 26 cases of coronavirus confirmed two weeks ago but 23 of them turned out to be "false-positive" last week, allowing them to win three games in less than a week and win the title.

Craiova, FCSB, formerly known as Steaua Bucharest, and Botosani will play in next season's Europa League.