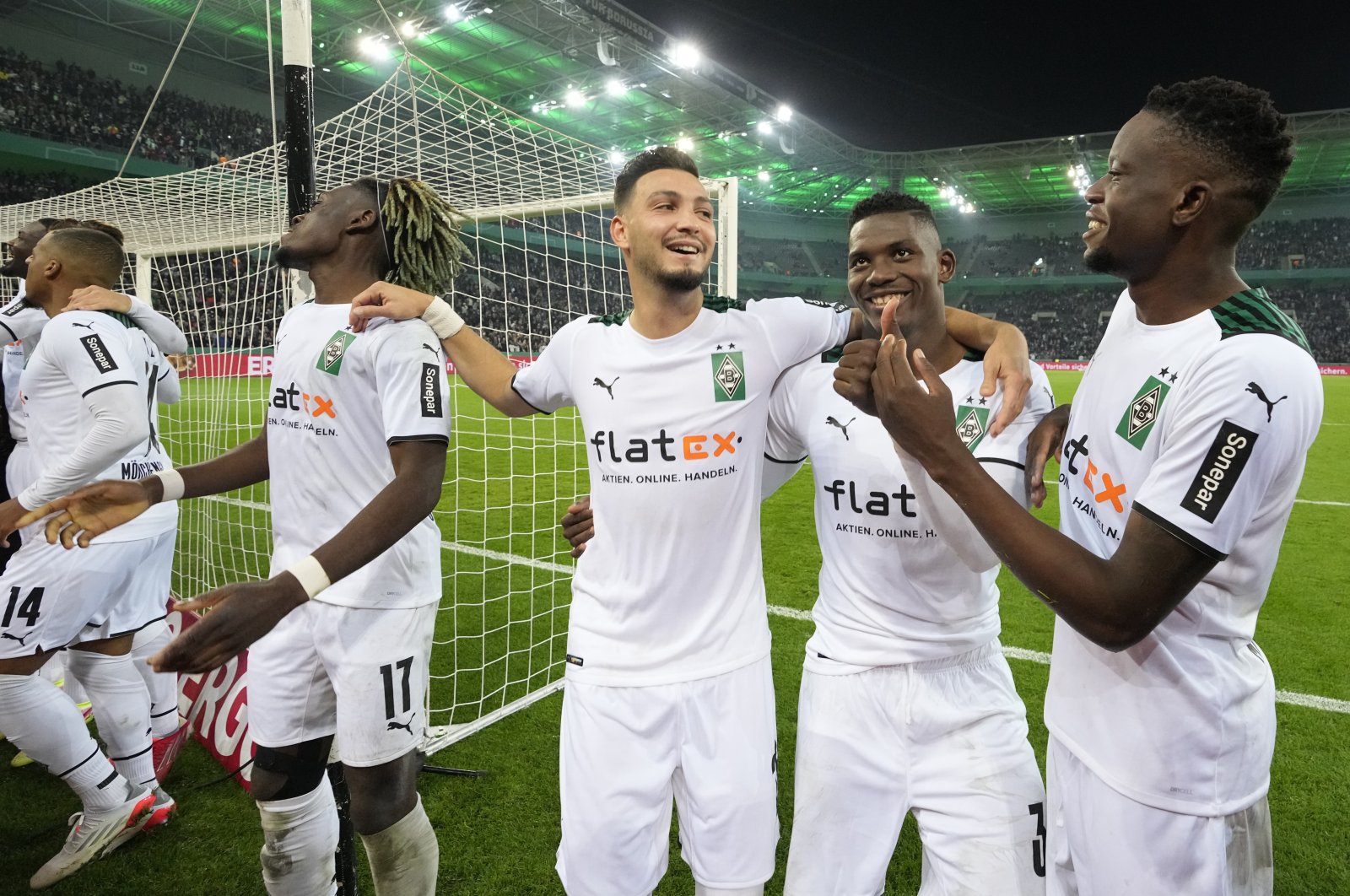 Shell-shocked Bayern Munich suffered its heaviest defeat in the German Cup Wednesday when its star-studded squad was thrashed 5-0 at Borussia Monchengladbach.

"We let ourselves be outplayed in every situation – a collective blackout."

Full-strength Bayern conceded the first goal after just 71 seconds and was 3-0 down with 21 minutes played as Gladbach made a lightning start.

It was the first time in 27 years Bayern has conceded so many goals so early in any competition.

Bayern crashed to its heaviest German Cup defeat, eclipsing a 5-1 quarter-final defeat at Cologne in 1972.

"From time to time, you dream of something like this, but you don't believe it will become reality," Gladbach sports director Max Eberl told ARD.

"That was an awesome performance," he added.

"5-0 against Bayern doesn't come along very often, so we will enjoy this tonight," said Embolo.

This is the second time in consecutive seasons Bayern has been dumped out of the cup in the second round having lost at Holstein Kiel last January after a penalty shoot-out.

There were plenty of off-field distractions for Bayern in the build up.

Hours before kick-off, France defender Lucas Hernandez heard he will escape being jailed in Spain for violating a restraining order in 2017 after a Madrid court accepted his appeal.

Midfielder Joshua Kimmich has also been the center of fierce debate in Germany, and accused of neglecting his duty as a role model, after revealing he opted against being vaccinated for COVID-19.

Bayern head coach Julian Nagelsmann was missing as he remains in isolation at home after testing positive for the coronavirus.

Monchengladbach completely dominated the opening exchanges by converting two of its six shots on goal.

In contrast, Bayern, top of the Bundesliga table while Gladbach is 12th, failed to get a shot on target in the opening 20 minutes.

Gladbach took an early lead when a sloppy pass by Alphonso Davies near his own area was snapped up by Kone, who traded passes with Embolo and fired home.

There was pure delight in the stands at Borussia Park when Bensebaini fired the hosts' second goal past Manuel Neuer on 15 minutes.

A penalty was awarded when Hernandez went in high against Embolo and Bensebaini sent Neuer the wrong way to make it 3-0 at halftime.

This is the second time Bensebaini has run wild against Bayern after the 26-year-old scored both goals in Gladbach's 2-1 home Bundesliga in December 2019.

Embolo then compounded Bayern's misery with two rapid-fire goals within six minutes of each other to make it 5-0 after 57 minutes.

Earlier, Bundesliga side Bayer Leverkusen also suffered a cup upset when it was beaten 2-1 at home by second division Karlsruhe.

Leverkusen was stunned as South Korean forward Choi Kyoung-rok hit the winner in the second-round tie.

Holders Dortmund is already into Sunday's draw for the third round after its 2-0 win at home over second-tier Ingolstadt Tuesday.