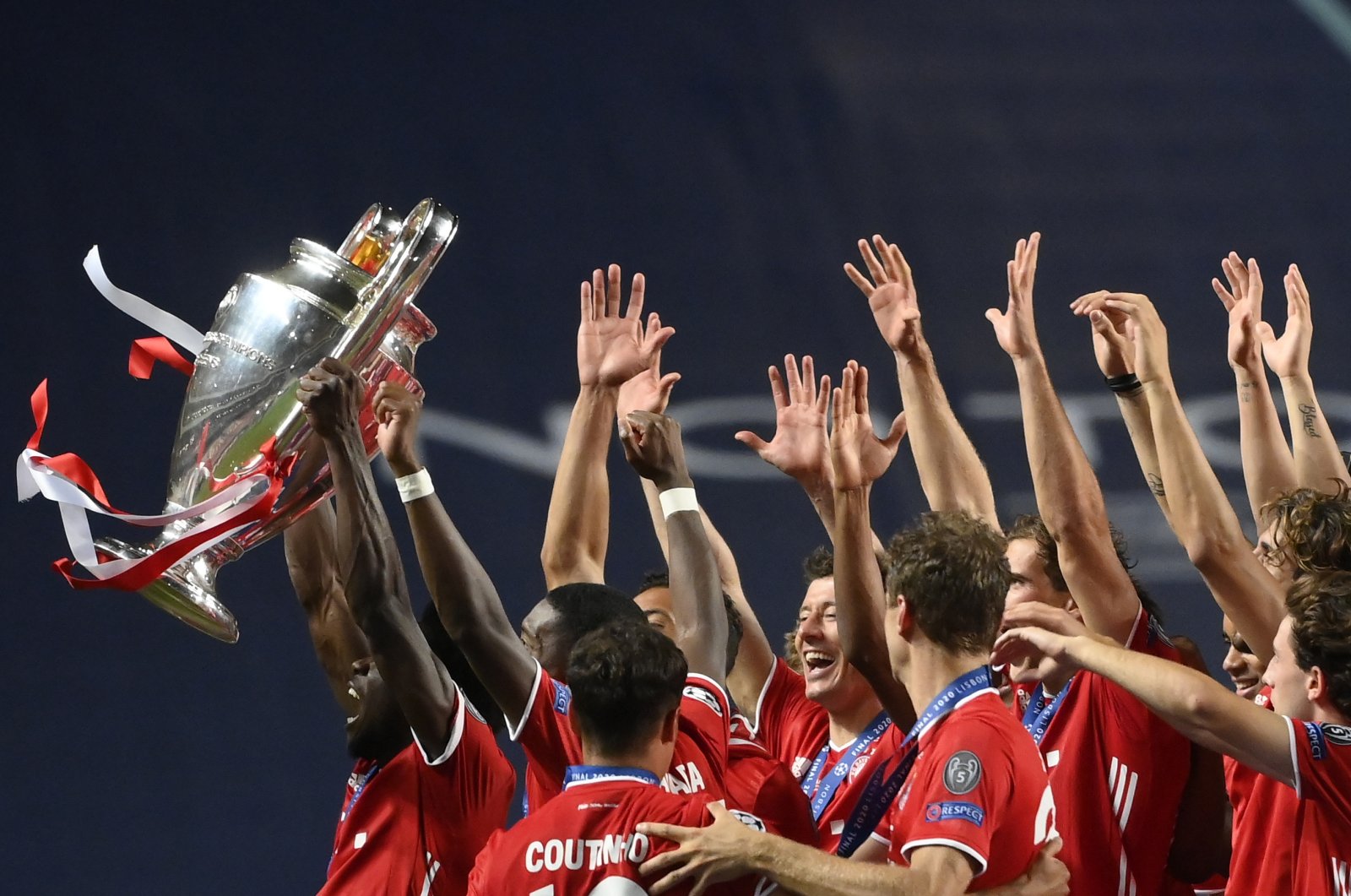 The most decisive difference between the two Champions League finalists at Lisbon was the way they organized their pressing patterns. While Bayern Munich’s usual high defensive line pushed Paris Saint-Germain’s (PSG) buildup into long-balls, the French club could not disrupt the German team’s buildup in the same way. Although both teams were conscientious and sought to intercept the ball in the early stages of a buildup, Bayern, as the more experienced and more talented side in counter-pressing, easily cut down Paris’s attacking lines before they became dangerous. Thus, the side that pressed with more men and more precision had control of the game, which was enough to seal a 1-0 victory and another Champions League trophy for Bayern.

When examined closely, one could easily see the importance of pressing patterns in both teams’ games. Both had the goal of crippling the opponent from the beginning and had high defensive lines. Bayern played this game for the entire season, while PSG was more in line with Barcelona’s tiki-taka. The French side was brilliant against RB Leipzig and able to respond to its opponent’s fierce pressing by an equally powerful passing pattern. This time, however, Thomas Tuchel’s team did not make lots of passes while starting an attack. Like Bayern, the team was keener on leaving the ball to their opponent, hoping to intercept it closer to the opponent’s penalty box.

From this perspective, I can say Tuchel fell into the same trap as Pep Guardiola, who radically changed his strategy against Lyon and paid the price by confusing his team. Even though Tuchel did not play with his formation or the player choices too much, his buildup style was definitely different than what Paris Saint-Germain was used to playing. Normally, I would have expected them to have more possession, tiring Bayern’s ferocious pressing with an equally annoying passing circulation. Nevertheless, the team rarely made more than three passes around its penalty box before sending a long-ball to the glorious trio, Neymar, Kylian Mbappe and Angel Di Maria.

Let alone the difficulties of catching a fast defense like Bayern off-guard, it is equally hard to play long-balls against such a high defensive line. Since Bayern’s game is organized defensively and the team rarely leaves time and space for opponents, the only reliable way to break into their penalty box is to circulate the ball patiently. Playing long-balls directly to the forward trio, although it created some opportunities, is not a reliable way of attacking a team like Bayern. Against a giant like this, you need to come up with more than individual quality; a very well-planned passing pattern is a must.

On the other hand, Bayern faced some difficulties while building up their game too, but these were mainly in the first half and seemed like occasional mistakes rather than a result of a consistent pressing strategy by PSG. The second half of the game was under the total control of Bayern. There were not many opportunities for either side, but it was Bayern who was able to bring the ball consistently to the right-wing and then deliver to Kingsley Coman on the left. The two clearest opportunities Bayern found arose from this tactic and showed the reliability of the team’s collectivist, well-organized approach.

All in all, it was a boring finale to boring overtime to the COVID-19 season, which proved again that without fans, football is nothing.