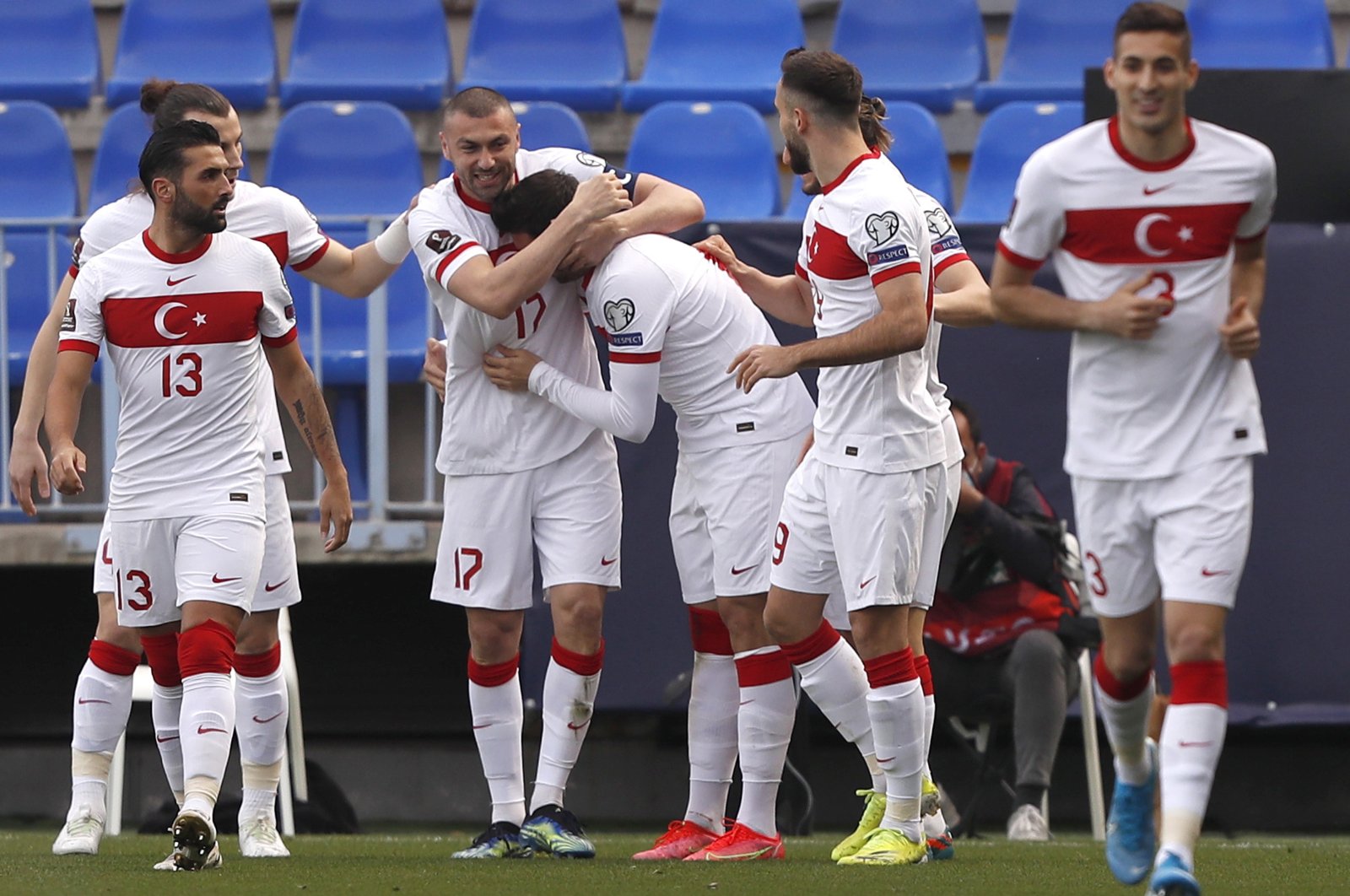 The Turkish national team continued its impressive start to the European Qualifiers for the 2022 FIFA World Cup after hammering Norway 3-0 Saturday.

Turkey's Ozan Tufan gave the visitors a 1-0 early lead in the fourth minute at the La Rosaleda stadium in Spain's Malaga.

Çağlar Söyüncü doubled the lead with a header from a corner in the 28th minute and the first half ended 2-0.

Tufan scored his second goal with a superb long-range strike in the 59th minute to make the score 3-0.

In the 80th minute, the Norway midfielder Kristian Thorstvedt was shown the red card following a serious foul on Caner Erkin.

After starting the qualifiers with a 4-2 win over the Netherlands on Wednesday, Turkey secured its second win and collected six points in Group G so far.

In the other Group G games, the Netherlands beat Latvia 2-0, while Montenegro defeated Gibraltar 4-1.

In the post-game presser, Turkey's manager Şenol Güneş said he is proud of the team's game and his players were smart, disciplined and patient against Norway.

"We played against a strong team, Norway, and we beat them. We are happy. We won and we did everything right."

"We knew the strengths of our opponent. We took good advantage of their weaknesses," said Gunes.

He added that the successful counterattack plan turned the game in Turkey's favor.

He spoke with Güneş and captain Burak Yılmaz over the phone.

"I congratulate all our footballers. This was a very sharp team. It is really good that you showed how team football is played," he added.

The Dutch bounce back

The Netherlands bounced back from their defeat to the Turks in their opening qualifier by beating Latvia 2-0, with Steven Berghuis and Luuk De Jong getting the goals.

In the other match of Group G, Montenegro beat Gibraltar 4-1 to go second in the group ahead of the Dutch and Norway.

Russia rose to the top of Group H thanks to two first-half goals from Artem Dzyuba in a 2-1 win over second-placed Slovenia while Croatia's Luka Modric won his 135th cap as his side edged a 1-0 win over Cyprus.

Slovakia fought back from two goals down to draw 2-2 with Malta, putting them in fourth place behind the Croats.

Cristiano Ronaldo stormed off the pitch before full time when he was denied a clear stoppage-time winner in a 2-2 draw in Serbia, while Belgium was held 1-1 by the Czech Republic.

Ronaldo threw off the captain's armband and headed for the tunnel when his effort was cleared by Serbia defender Stefan Mitrovic after it had crossed the line, with Dutch referee Danny Makkelie waving play on.

With no video assistant referee (VAR) in place to review the decision, Serbia held out for a draw having fought its way back into the match from two goals down in Belgrade.

The hosts looked to be down and out after Diogo Jota scored twice in the first half for Portugal, but Aleksandar Mitrovic reduced the deficit early in the second half to become his country's top scorer with 39 goals in 63 appearances.

Filip Kostic made it 2-2 on the hour and the game ended in chaos as Nikola Milenkovic was shown a straight red card for a violent challenge.

The Serbs and Portugal both have four points in Group A, with Luxembourg third on three points after its shock 1-0 win over Ireland in Dublin.

Gerson Rodrigues's superb goal secured the upset victory that left the Irish bottom of the five-team group behind Azerbaijan.

In Group E, Romelu Lukaku canceled out Lukas Provod's opener to give Belgium a 1-1 draw away to group leader the Czech Republic. Belarus beat Estonia 4-2 to move into third place behind the Belgians.