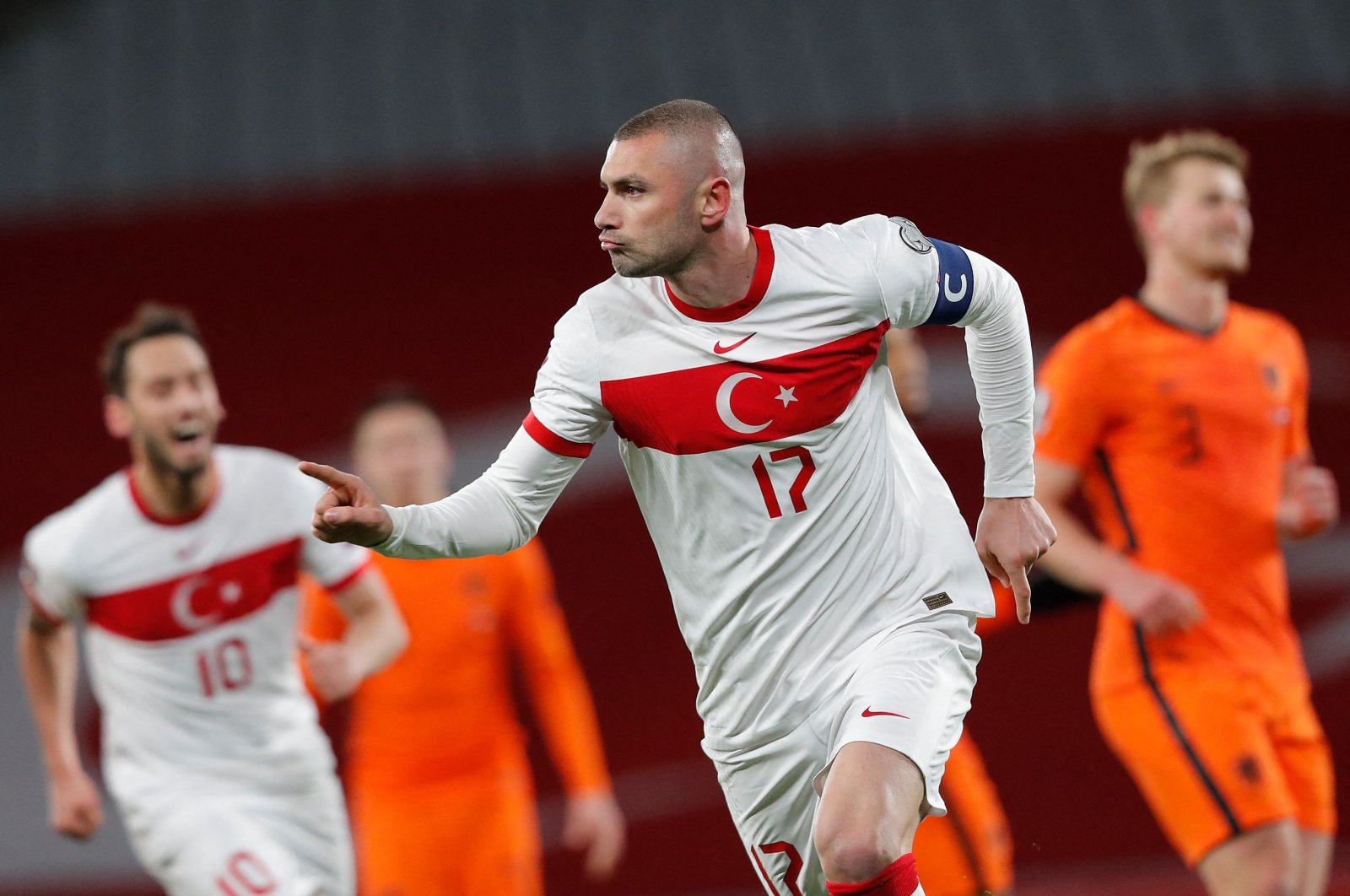 Yılmaz scored the opener in the 15th minute and before scoring from the spot 20 minutes later. The first half ended 2-0 for the Crescent-Stars.

Turkey also made a great start to the second half, thanks to Italian giant AC Milan midfielder Hakan Çalhanoğlu's long-range goal in the 46th minute.

The Netherlands got a lifeline with two consecutive goals in the 75th and 76th minutes by Davy Klaassen and Luuk de Jong to take the score to 3-2.

However, Burak Yılmaz had other ideas. He took the center stage once again in the 81st minute, slotting home an impeccable free kick to make 4-2 for the host.

To top off the night, goalkeeper Çakır pulled off an amazing save to deny Memphis Depay and the Netherlands from the spot, just before the end of the match.

Dreadful from the Dutch

The defeat meant a dreadful start to the campaign for the Netherlands, who failed to qualify for either Euro 2016 or the 2018 World Cup, but is one of the favorites ahead of the delayed Euro 2020 finals this year.

"Soon after we were claiming for a penalty after a corner and lost concentration, they countered and scored," Netherlands captain Georginio Wijnaldum told NOS TV.

"Our start to the second half was also obviously inexcusable."

It was Turkey's second straight win over the Netherlands, after a 3-0 victory in 2015, thanks to the goals by Oğuzhan Özyakup, Arda Turan and Burak Yılmaz, helping them qualify for the Euros ahead of the Oranje.

The Dutch, on the other hand, have now lost four of their last nine World Cup qualifying matches, having been unbeaten in their previous 34 such games.

The match was officiated by English referee Michael Oliver, who was accompanied by linesmen Stuart Burt and Simon Bennett. Paul Tierney was the fourth official. It was the first match for the Crescent-Stars in 2021 and the 587th official match for the national team.

Erdoğan said he was able to catch the last 15 minutes of the match due to congressional work but was very happy with the victory.

"In such a period, our national team beat a team like the Netherlands by 4-2. This really gave our nation a special pride," the president said.

On Saturday, the Turkish national team will face Norway in Malaga, Spain, due to COVID-19 restrictions in the host country. Norway will be buoyed by its in-form striker Erling Haaland, who currently has 21 goals in 21 matches Bundesliga side Borussia Dortmund.

Turkey will then host Latvia in Istanbul next Tuesday.