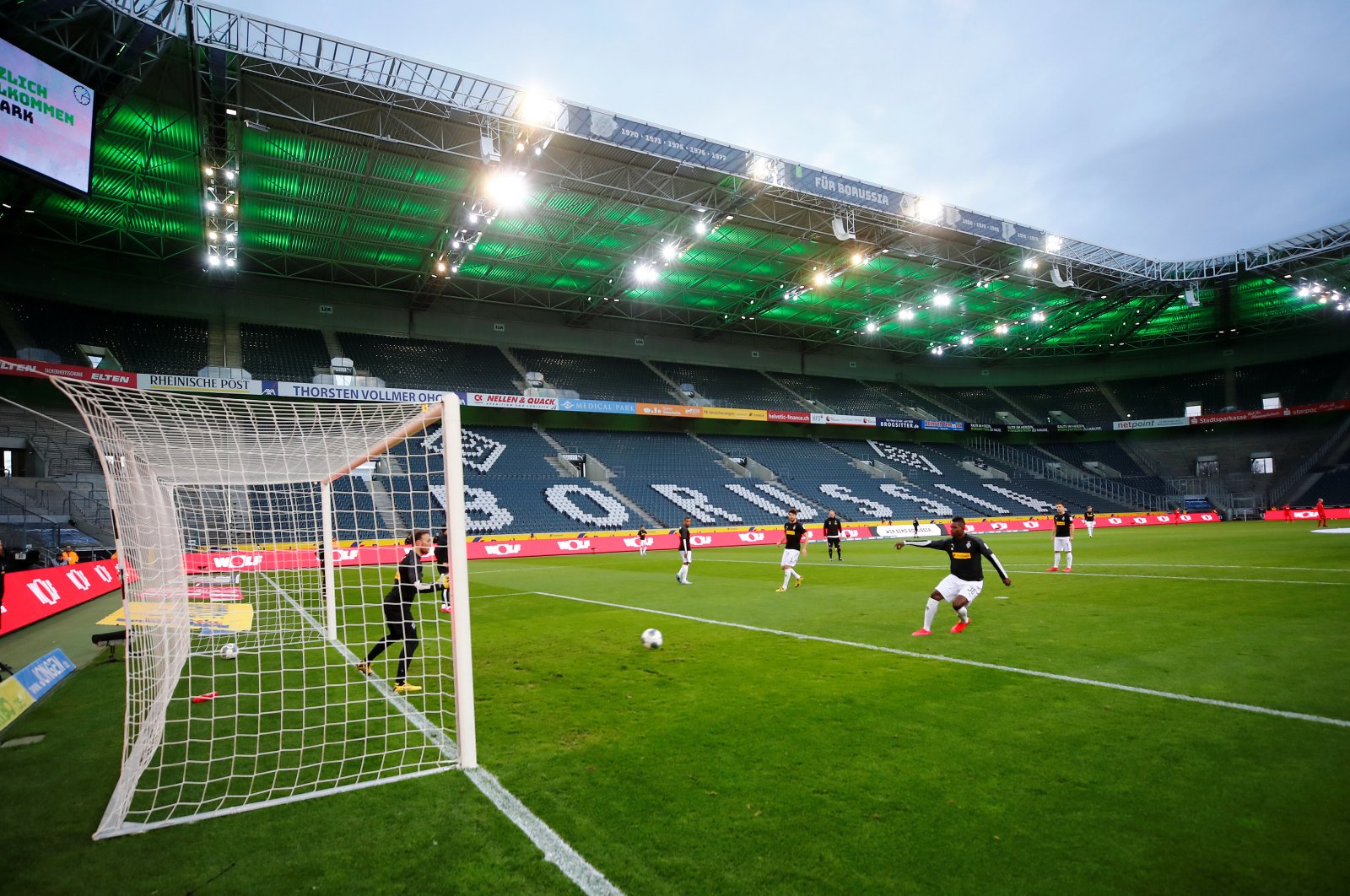 General view of Borussia players during the warm up before a match that was played behind closed doors on March 11, 2020 at Borussia-Park, Moenchengladbach, Germany. (Reuters Photo)
by Reuters May 02, 2020 2:36 pm
RECOMMENDED

The COVID-19 infection of three people apart of the German top-flight soccer team FC Cologne has raised questions about the safety of a possible Bundesliga restart amid the coronavirus pandemic.

With the Bundesliga battling to convince the government that the season should restart in May, and with daily infection figures dropping, Cologne announced the positive tests on Friday.

"The rest (of the squad) continues to train. Whoever trains with COVID-19 risks damages to lung, heart and kidneys," added Lauterbach, who is a professor of health economics and epidemiology.

"I am surprised that players are allowing this," he said in reference to Cologne's training continuing with the rest of the squad being quarantined as a precaution.

"Football should be a model example and not 'bread and games'," he said.

Cologne had said all three cases were symptom free and the individuals were placed in a 14-day quarantine but the club did not confirm any names out of respect for the privacy of those concerned, nor did it say whether players were involved.

While Bundesliga clubs have returned to training in small groups in the past weeks after the league was suspended in mid-March, they must wait another week to find out about a possible restart to the season.

The German government on Thursday delayed any decision over a league resumption amid the coronavirus pandemic.

The cash-strapped clubs and league had been hoping for the green light to end the two-month suspension so the league can contractually finish by June 30.

The German Football League has also submitted a health safety plan for games without spectators that foresees regular testing of players but no quarantine for entire squads in cases of positive tests.

Chancellor Merkel has said any decision on if and when sports could resume would be taken on May 6.

Germany has suffered over 6,500 deaths from coronavirus with some 162,00 people infected.