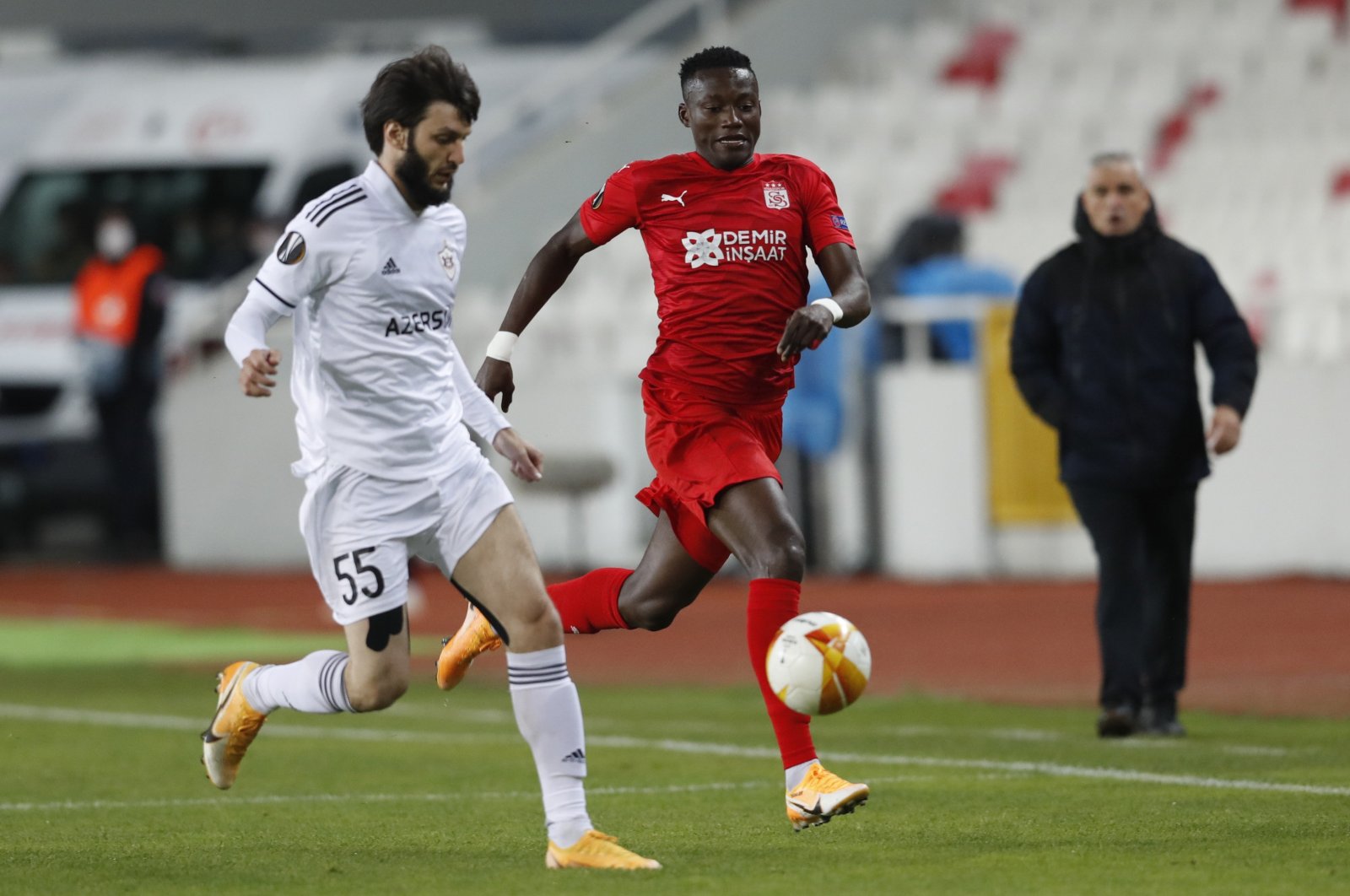 Snatching its first Europa League win after defeating Qarabag, Sivasspor needs another victory against its Azerbaijani opponent for a spot in the knockout rounds

The UEFA Europa League returns to action after the international break with Matchday 4 on Thursday when the Turkish Süper Lig side Sivasspor will meet Azerbaijan’s Qarabag in Group I.

Defeating Qarabag 2-0 before the two-week break to grab its first win in its debut Europa League campaign, Sivasspor will need a repeat success as it faces its Azerbaijani opponent again in the reverse fixture.

Standing at third place with three points, failure to win could dash Sivasspor’s hopes of reaching the knockout stages with only two matches to go.

Veteran La Liga side Villarreal currently stands at the top with nine points, followed by Israel’s Maccabi Tel Aviv with six points. The two clubs will face each other for the group’s other match, and it will be a chance for Sivasspor to creep up on Maccabi.

The ideal scenario for Sivasspor would be a win for Villarreal, which would almost certainly ensure the Spanish club’s leadership in the group, but the debutant Turkish side never realistically aimed for the top spot anyway.

It is the second spot that Sivasspor coach Rıza Çalımbay hopes to secure.

For that to happen, Maccabi needs to lose, as a win for the Israeli side would tie Maccabi and Villarreal at the top. Maccabi would be a far stronger challenger for Çalımbay’s side, especially after the team lost to Maccabi 2-1 at home.

But before looking at other matches, Çalımbay will need to focus on the task at hand and guide his men to victory once more against Qarabag.

One slightly good piece of news for Çalımbay is that, despite originally being scheduled as an away game in Azerbaijan, the match will be played in Turkey instead.

The match will be held in Istanbul's Fatih Terim Stadium upon Qarabag's request after UEFA announced last month that no matches will be held in Armenia or Azerbaijan due to the military conflict that erupted in the Nagorno-Karabakh region.

While home and away games mean little during the coronavirus pandemic due to the lack of spectators, having the match in Turkey will still save Sivasspor the trip to Qarabag and will allow it to play on much more familiar turf.

As for the bad news, Çalımbay will have several of his players sidelined due to COVID-19. While the scale of the outbreak at the club seems relatively small with only four players infected, according to reports, Sivasspor will face Qarabag without three of its most influential players.

Turkish football clubs have been refusing to disclose the names of players who test positive for the coronavirus due to privacy reasons, and Sivasspor was no exception when it announced only the number of cases at the club.

But reports say the infected players include Faycal Fajr, Olarenwaju Kayode and Mustapha Yatabare, and if the reports are true, it will be a difficult 90 minutes for Çalımbay.

Kayode has scored in all three group matches and netted half of Sivasspor’s six Europa League goals, and his absence will be the most felt during Thursday’s clash.

And with Yatabere, who scored a goal and assisted another, missing as well, Sivasspor’s offensive line will be severely lacking.

As for Fajr, the French-Moroccan midfielder has only assisted once but was pointed out by Çalımbay as the team’s most experienced player in terms of international competitions due to his years in La Liga.

While the accuracy of the reports won’t be confirmed until Çalımbay announces the squad hours before the match, a quick glance at Sivasspor’s last match reveals some clues.

During Saturday’s Süper Lig clash against Fatih Karagümrük, all three players were absent from Sivasspor’s squad, lending credibility to the claims.