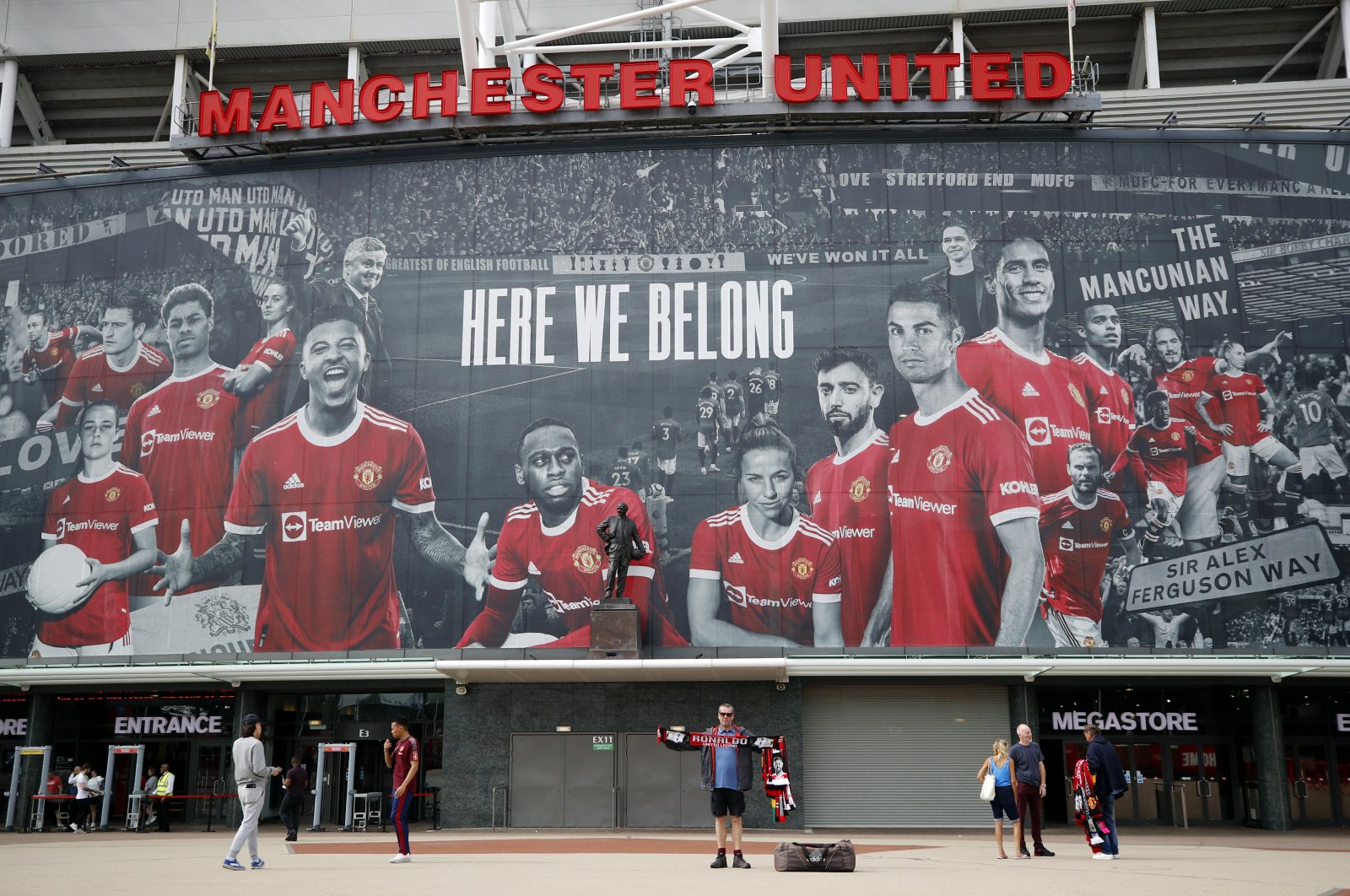 A picture of Cristiano Ronaldo with teammates is displayed on the outside of Old Trafford, in Manchester, Britain, Sept. 9, 2021. (REUTERS PHOTO)
by Daily Sabah with Reuters Sep 10, 2021 4:30 pm
RECOMMENDED

A much-anticipated start to the Premier League for Cristiano Ronaldo may come Saturday.

The Portuguese forward will make his second debut for Manchester United when they host Newcastle United in the Premier League, manager Ole Gunnar Solskjaer said, but he did not confirm if he would start.

Ronaldo rejoined United from Juventus on a two-year deal and will be looking to add to his 118 goals at the Old Trafford club where he won eight major trophies in six seasons.

Solskjaer said Ronaldo's return had lifted the mood at United and the 36-year-old, who had "trained all week," brought with him a "winner's mentality."

"He's been having a good preseason with Juventus, played with the national team, had a good week with us. He'll definitely be on the pitch at some point, that's for sure," Solskjaer told reporters on Friday. "We've got mutual respect for each other, but he knows I've got to make the decisions when to play (him), when not to play. It's my job to get the best out of him, that comes from communication. He doesn't need me to tell him what to do. "Everyone is going to look up to him and he is going to be a leader in this dressing room."

Ronaldo will don the No. 7 shirt again at United and Solskjaer said its former owner, Uruguay striker Edinson Cavani, had no qualms about handing it to the Portuguese forward.

"Edinson has been remarkable, played really well last season ... To pass up his shirt shows the respect he's got for Cristiano and respect the other way. Two top pros, players and human beings," Solskjaer said.

United will be without midfielder Fred who is banned after failing to turn up for Brazil's World Cup qualifiers, which the Norwegian described as a "lose-lose situation."

"The players want to play but we all know what kind of situation we find ourselves in the last year and a half with the pandemic to limit the spread of the virus," Solskjaer said. "We've worked really hard to try and find a way – private jets, there are ways of getting them in and out – but all of the decisions have gone against the players who want to play for national teams and clubs but not allowed.

"(I'm) disappointed with the whole thing, common sense might not be common anymore. Fingers crossed, some sense comes into people's minds."