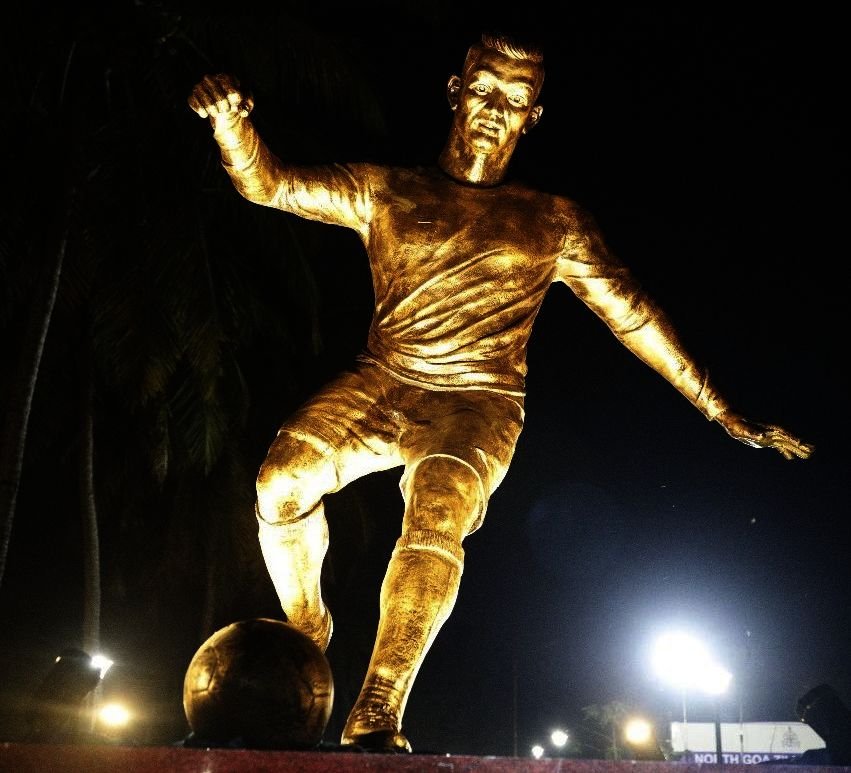 Officials in the Indian state of Goa faced criticism after unveiling a statue of football superstar Cristiano Ronaldo.

Some locals have objected to a Portuguese footballer being honored instead of a player from India.

Michael Lobo, a minister in the Goa state government, tweeted that the statue had been supposed to promote football as a sport and inspire young people to play the game.

Instead, the day after the unveiling of the 400-kilogram statue, protesters carrying black flags converged on the site to protest, the Indian news agency IANS reported Wednesday.

Not only were the protesters angry at the decision to honor a foreign footballer, but the fact that the choice had been a player from Portugal was seen as a particular affront, given that the country ran Goa as a colony for centuries, only leaving 60 years ago.

While cricket remains by far the most popular sport in India overall, in some areas that weren't colonized by the British, such as Goa, football enjoys more popularity.

Despite having a population of more than 1.3 billion, India was worse at football than many other far smaller countries, Lobo told the Indian news agency ANI.