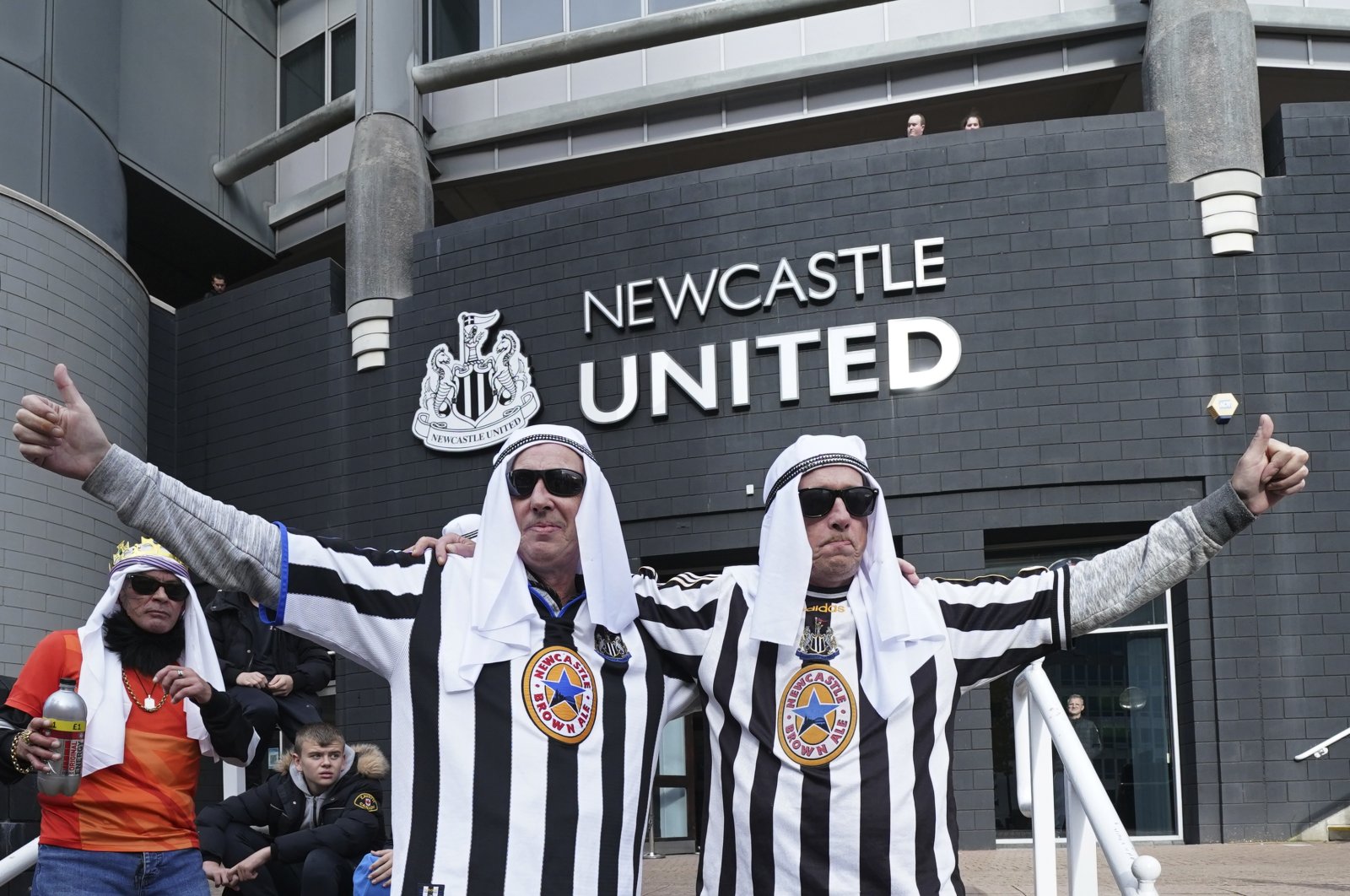 Newcastle fans pose for a photo outside the ground before an English Premier League soccer match between Newcastle and Tottenham Hotspur at St. James' Park in Newcastle, England, Oct. 17, 2021. (AP Photo)
by ASSOCIATED PRESS Oct 20, 2021 5:18 pm

Premier League club Newcastle United has asked its fans to stop wearing imitation Arab head coverings and robes, saying it could be viewed as "culturally inappropriate."

Some Magpies fans had adopted the clothing to mark the club's new ownership by Saudi Arabia's sovereign wealth fund.

Newcastle said the clothing seen at Sunday's game against Tottenham could be inappropriate, but insisted that the new owners were not "in any way offended."

"Newcastle United is kindly asking supporters to refrain from wearing traditional Arabic clothing or Middle East-inspired head coverings at matches if they would not ordinarily wear such attire," the club said in a statement.

"There remains the possibility that dressing this way is culturally inappropriate and risks causing offense to others. All visitors to the club are, as always, encouraged to wear whatever is the norm for their own culture or religion, continuing to reflect the broad and rich multicultural communities and groups from which the club proudly draws its support."

"No one among the new ownership group was in any way offended by the attire of the fans who chose to celebrate in this way," Newcastle said. "It was a gesture that was acknowledged as positive and welcoming in its intent."