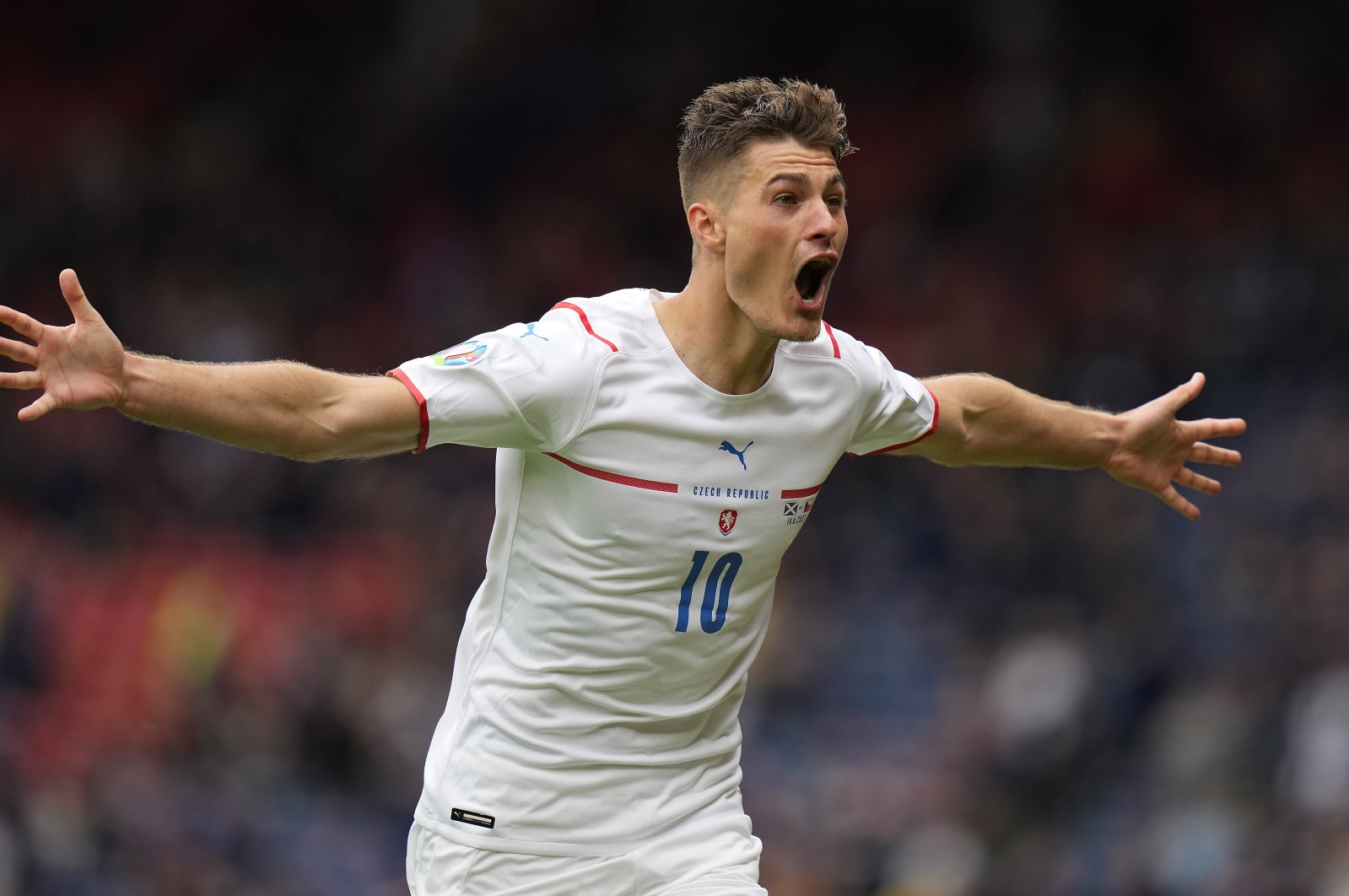 Forward Patrik Schick scored a brace as Czech Republic ruined Scotland's long-awaited return to a major international tournament with a 2-0 win at Hampden on Monday.

Schick's header just before half-time opened the scoring, but it was his stunning strike from just inside the Scotland half after the break that will live in the memory as one of the all-time great European Championship goals.

After a 23-year wait to qualify for a major tournament, Scotland's hopes of making more history by getting out of the group for the first time now look slim.

Playing in front of fans at Hampden for the first time since November 2019 with 12,000 in attendance, Scotland made a nervous start.

David Marshall was the hero of penalty shootout wins over Israel and Serbia to qualify and was needed early on to turn Schick's powerful effort at the near post behind.

The hosts were desperately missing the driving runs and poise on the ball normally provided by Kieran Tierney on the left side of a back three.

Clarke has settled on a 3-5-2 to make way for two of the Premier League's best left backs in the same team.

Without the Arsenal defender, Liverpool's Andy Robertson was his side's biggest threat with a series of rampaging runs.

His cross was turned narrowly wide by Lyndon Dykes at the near post before the Scotland captain was denied a moment to remember by Tomas Vaclik.

Robertson burst onto Ryan Christie's pass but his shot that was headed for the top corner was tipped over by the Sevilla goalkeeper.

A cagey game of few chances burst into life after Schick's towering leap put the visitors in front three minutes before half time.

Scotland was slow to react after initially clearing a corner and the Bayer Leverkusen forward rose highest to flick home Vladimir Coufal's cross.

Marshall was called into action to make two quick saves from Schick and Vladimir Darida in an explosive start to the second half.

But twice Scotland was inches away from leveling when Jack Hendry's dipping effort came back off the crossbar before Vaclik clawed away a mishit clearance from Tomas Kalas.

However, the home side was stunned by a moment of brilliance from Schick on 52 minutes as he spotted Marshall off his line from halfway and bent in an incredible shot from just inside the Scotland half.

Chances continued to come and go for Scotland as Stuart Armstrong's shot was deflected onto the roof of the net and Vaclik's outstretched leg denied Dykes from close range.

But it was Schick who had the best opportunity late on to complete a memorable hat trick when he fired too close to Marshall.

Beating old rivals England would more than make amends for the Tartan Army's disappointment, but Scotland now has a mountain to climb if they are to prevent their long-awaited adventure ending in familiar fashion.