Denmark's Eriksen awake at hospital after collapsing in match 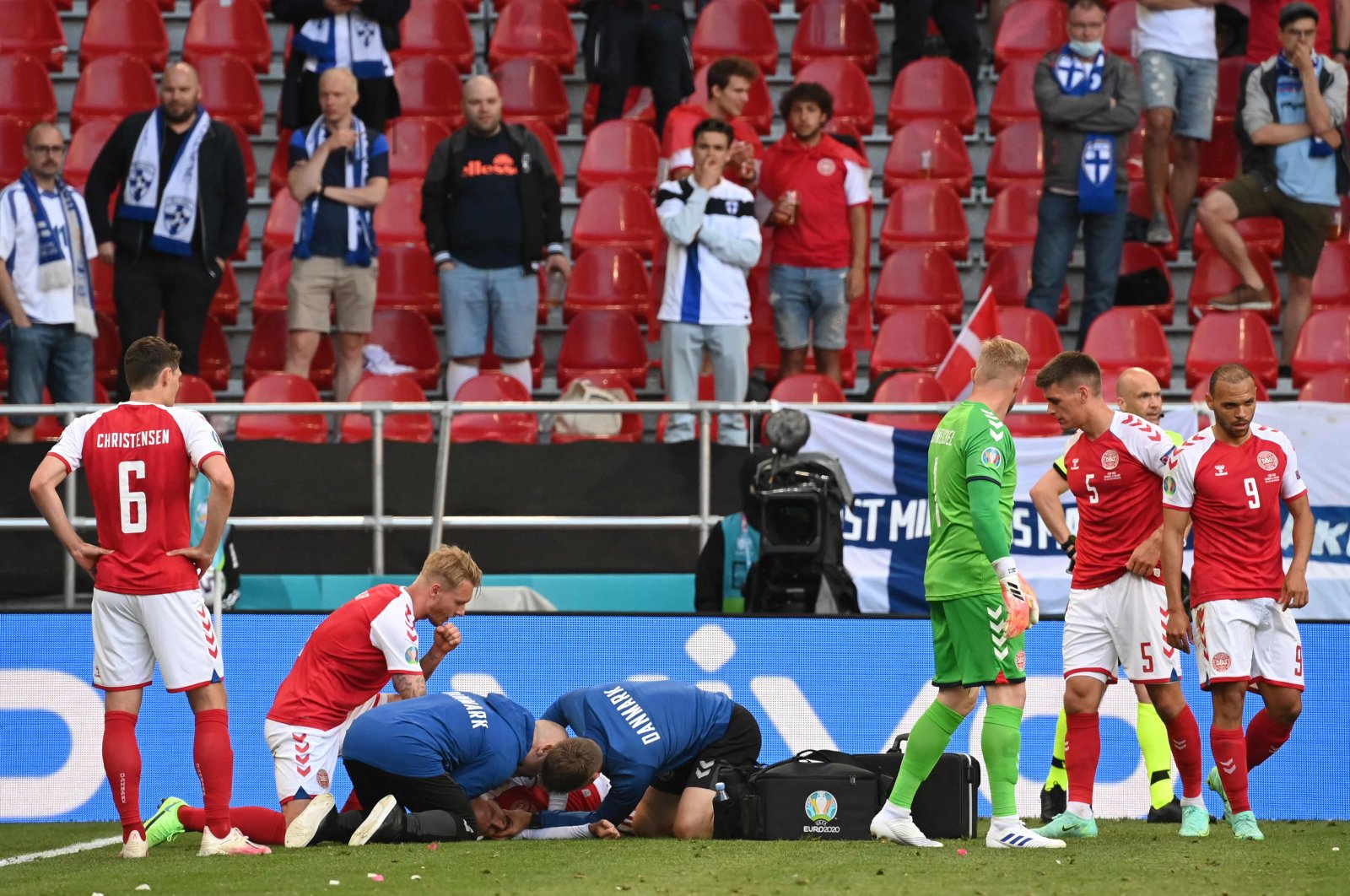 Denmark star Christian Eriksen is awake at a hospital and is undergoing tests after collapsing and needing to be revived on the pitch against Finland on Saturday, as the Euro 2020 match between the teams in Copenhagen was delayed for nearly two hours.

The Danish Football Union (DBU) said Eriksen was "awake and undergoing further tests" having earlier received CPR from medical personnel before being taken off on a stretcher.

The Group B game – just the third of the month-long tournament which began a year behind schedule on Friday – was stopped just before half-time with the score goalless and suspended for nearly two hours before restarting at 8:30 p.m.

UEFA said the decision to restart was made "following the request by players of both teams" and supporters cheered as the game recommenced.

"We've been in contact with him, and the players have spoken to Christian. That's the great news. He's doing fine, and they are playing the game for him," Peter Moeller, a director at the DBU, told Danish television.

Earlier Eriksen's teammates were in tears as they stood around the stricken 29-year-old Inter Milan midfielder.

"Moments like this put everything in life into perspective," said UEFA president Aleksander Ceferin.

"Forza Chris, all of our thoughts are with you," tweeted Inter, with whom Eriksen won the Serie A title in the season just finished.

A crowd of 16,000 in Copenhagen's Parken Stadium – around 45% of the capacity – had been celebrating the chance to see their national team again live at the stadium after a year of coronavirus restrictions before Eriksen's collapse.

There are high hopes in Denmark for their team, which was a surprise European champion in 1992. Finland is playing at a major tournament for the first time.

England decided to cancel its press conference prior to Sunday's match against Croatia out of respect.

However, Saturday's late match between Russia and much-fancied Belgium in Saint-Petersburg, in the same Group B, went ahead as planned.