Dialoguing with women who cut their own paths in Turkish football 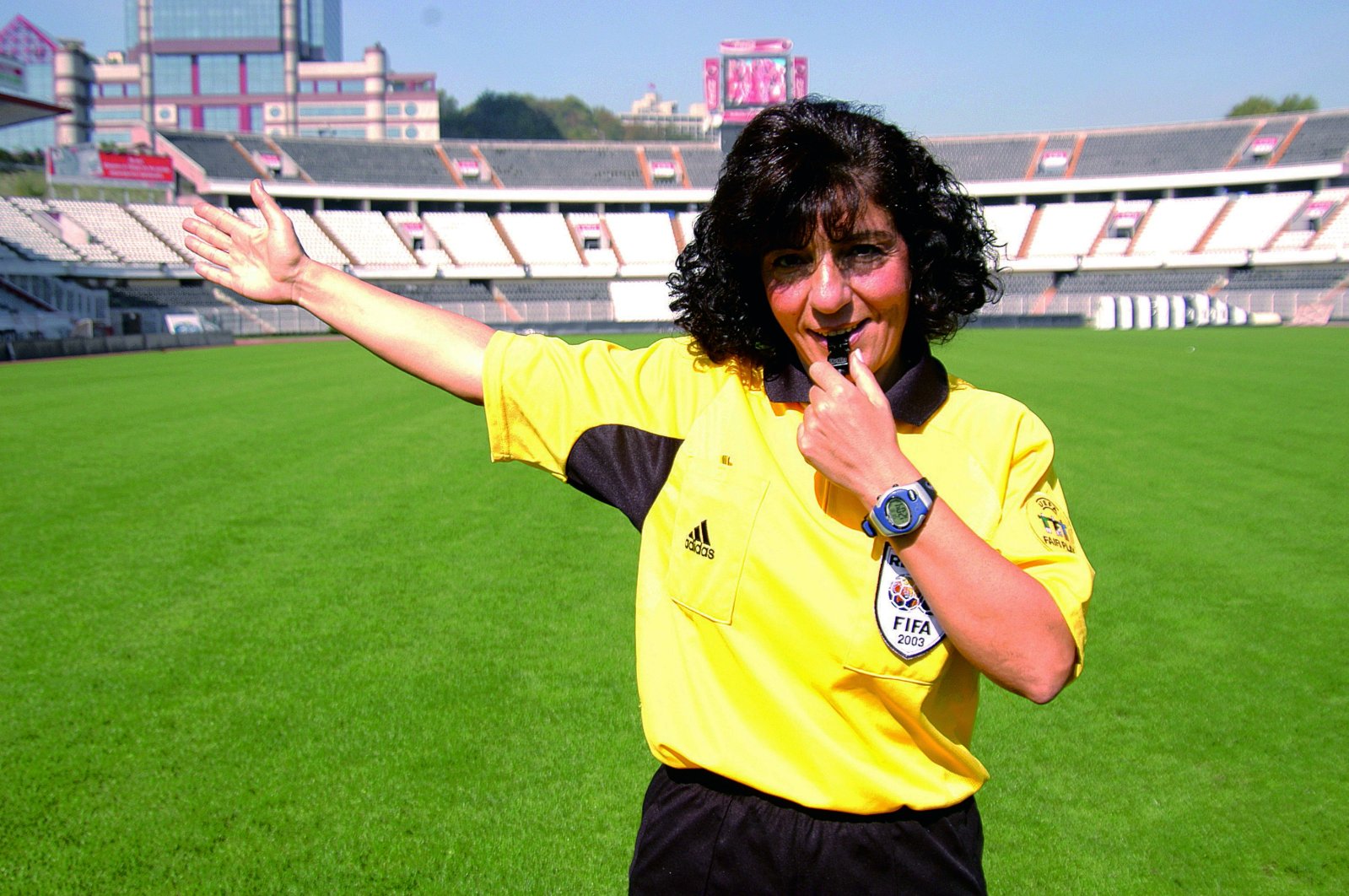 Spotting a girl playing football alongside boys on the turf fields that dot neighborhoods across Turkey is not an everyday occurrence. Nevertheless, Turkey was the first in Europe to welcome a female referee into its top-tier men’s football league in the 1990s – years before its European counterparts followed suit.

That woman, Lale Orta, grew up kicking the ball with the neighborhood boys in Istanbul’s Fatih district in the 1960s. Little did her competitors know she would become Turkey’s first FIFA-listed female referee and be recruited to train the Turkish national team alongside Fatih Terim.

I had the chance to interact with Orta on Wednesday, at an event organized over the videoconference app Zoom by Kızlar Sahada (Girls on the Field), a social enterprise based in Istanbul that seeks to get more girls involved in football.

Kızlar Sahada is putting on a free, three-night series of virtual events during the month of September to connect community members with big names like Orta. For those of us daydreaming about the pre-coronavirus days on the pitch, videoconferencing with the legends who have paved the way for women’s participation in Turkish football provided a boost of inspiration and much-needed socialization with fellow sports enthusiasts.

The first event held Wednesday featured a vigorous, two-hour program including skill demonstrations by a female football trainer and two breakout sessions for trivia and discussions on women in sports and gender equality in society.

Orta shared a brief version of her incredible life story of overcoming barriers and finding extraordinary success on the football field with the 75 participants who tuned into the Zoom call.

Orta shared how she was the only woman in a highly competitive course of 29 other men to become a certified football coach – succeeding in becoming Turkey’s first certified female coach.

Early on in her career, Orta attempted to juggle coaching for Dostluk Spor, Turkey’s first female football club where she played as a goalkeeper for 12 years, and officiating matches in the Turkish Football Federation’s (TFF) lower-level leagues.

Her first contract was to officiate eight matches. Since female referee uniforms were not available at the time, Orta purchased black cloth and had a seamstress sew her a uniform.

“It was quite expensive to have the uniform custom-made, so I said to myself, ‘I better make this a long-term job,’” she recalled.

Orta’s success was soon apparent as she worked her way through the lower-level leagues to become the first female main-play referee in the Turkish Süper Lig. In 1995, she became the first female referee to gain a FIFA license, and in 2003, she was selected by UEFA as one of the top 17 referees on the European continent.

In the early '90s, as both a skilled coach and a respected referee, Orta had to choose between an offer from Terim to help train the Turkish national team or advice from then-TFF President Şenes Erzik to continue officiating with the prospect of reaching the level of FIFA – quite a choice for the first Turkish woman to be presented with either of those opportunities. In hindsight, Orta said she is glad she chose to officiate, as becoming a licensed FIFA referee was a greater step forward for women in football, despite the intense stress of the job that she might not have faced had she pursued coaching.

Less than satisfied with the progress made 25 years after she gained her FIFA license, Orta called on the event participants to keep working toward furthering women’s involvement, prestige and equality in the world of football.

“Nothing worth doing is easy,” she said. “Keep pressing forward; if you have to take a step back, don’t wait long to move forward again.”

After asking our questions and thanking Orta for her inspiring talk, it brought smiles to many faces to switch from the common Zoom background of our living rooms to a turf field in Erzincan, eastern Turkey, where trainer Hilal Gül was geared up to give tips on passing and trapping the ball. As basic as the pointers were, Gül’s skill and precision in explaining the proper form held our attention. She ended by challenging her audience to perform a football trick, which she demonstrated, and to share it on social media before the next event.

We were then whisked from the main meeting room into breakout groups of five or six people for a trivia game on women in football, giving us the opportunity to meet new people from across the country. The trivia game even included a challenge to demonstrate a bicycle kick using household objects, achieved by one female referee in my group who used her couch pillow as a football. The exercise brought plenty of laughter as well as new information.

The event not only brought a burst of inspiration from the legendary Orta, but also some lighthearted time to meet likeminded individuals. At the end of the evening, one participant commented that the event brought a welcomed opportunity for some socialization during the COVID-19 era.

The next two events will feature Ebru Köksal on Sept. 23 and Banu Yelkovan on Sept. 30. With a background in banking, Köksal was the first female board member of the European Club Association and a board member of the Turkish club Galatasaray. Yelkovan is a prominent sports commentator who has appeared on numerous television programs in Turkey and is known for her fun-loving coverage of unique backstories of players and teams around the world.

Registration for the Turkish-language events is free on the Kızlar Sahada website.