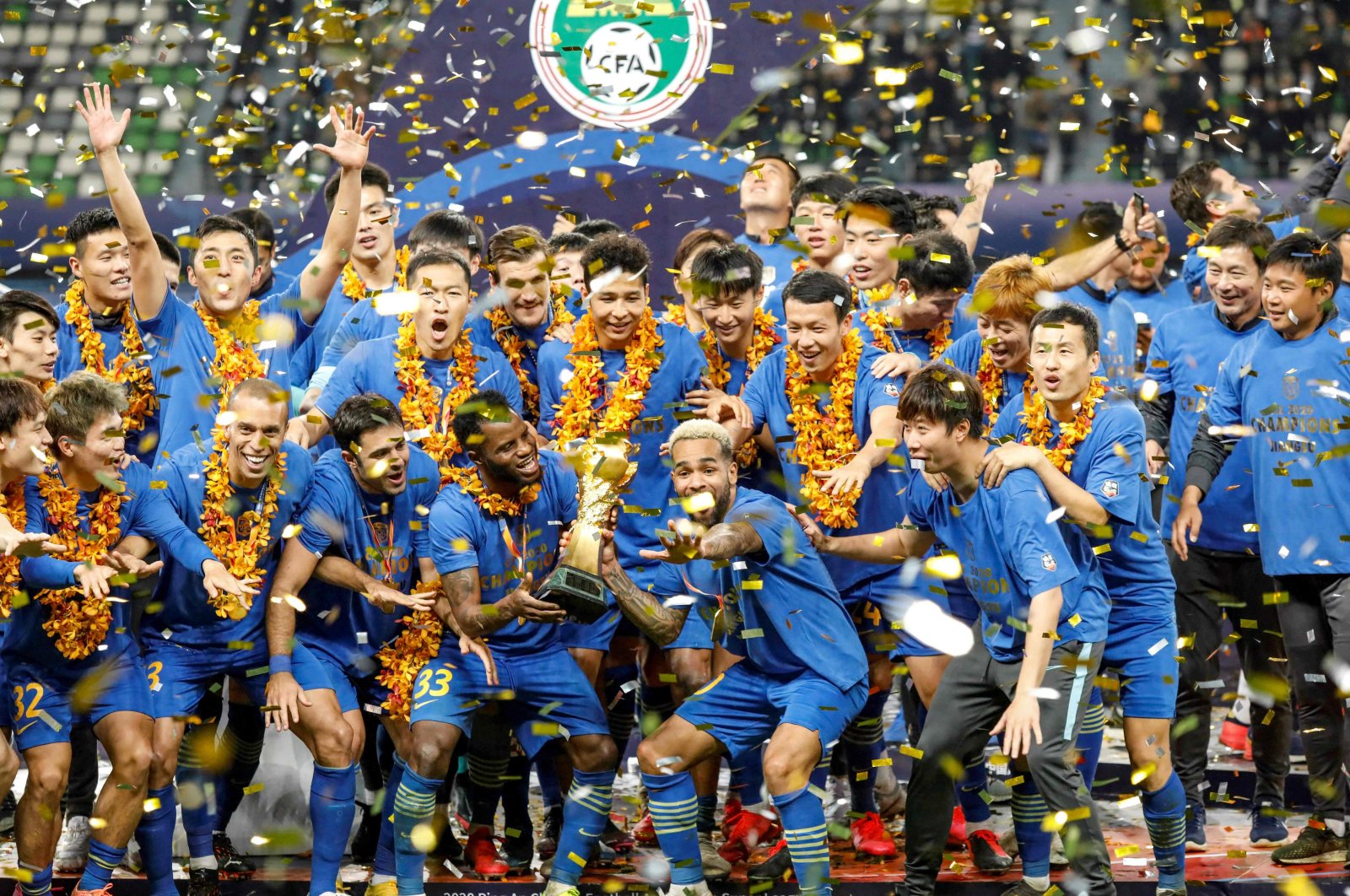 Chinese football was thrown into disarray on Sunday as the owners of reigning Chinese Super League champions Jiangsu FC announced the club would cease operations with immediate effect.

A post on Jiangsu's official WeChat account expressed hope of new backers or that a "company of insight" would be willing to consult on the team's future.

The announcement stated all of owners Suning Group's football clubs, including the hugely successful Jiangsu Suning Women, would "cease operations from today."

The Nanjing-based retailer, one of China's biggest and which also owns Italian Serie A club Inter Milan, earlier in February said it intended to focus on core businesses, leaving non-retail assets at risk.

Such assets include Jiangsu FC, which won the Chinese Super League title in November for the first time with a playoff win over eight-time champions Guangzhou Evergrande.

That victory was the pinnacle of a run by a once cashed-up club previously coached by ex-England manager Fabio Capello, and which in the summer of 2019 attempted to sign Gareth Bale, formerly the world's most expensive player, from Real Madrid.

The squad that clinched the title and a place in this year's Asian Champions League featured Brazilian winger Alex Teixeira, who chose to make a 50 million euro ($60.37 million) switch to Jiangsu in 2016 over interest from Premier League side Liverpool.

When Teixeira refused to sign a new contract at the end of last season and with coach Cosmin Olaroiu reported to be unlikely to return to the club, questions started to be asked of Jiangsu's financial future and the knock-on impact on football in China.

The Jiangsu announcement comes days after Chinese FA Cup winners Shandong Luneng had its expulsion from the Asian Champions League confirmed by the Asian Football Confederation due to "overdue payables".

Should Jiangsu fail to find new owners soon, its absence could cause further upheaval in the Asian Champions League ahead of the start of the continental competition in April.

Earlier this year, the Chinese Football Association (CFA) imposed a series of measures to cool extravagant spending in the Chinese Super League (CSL).