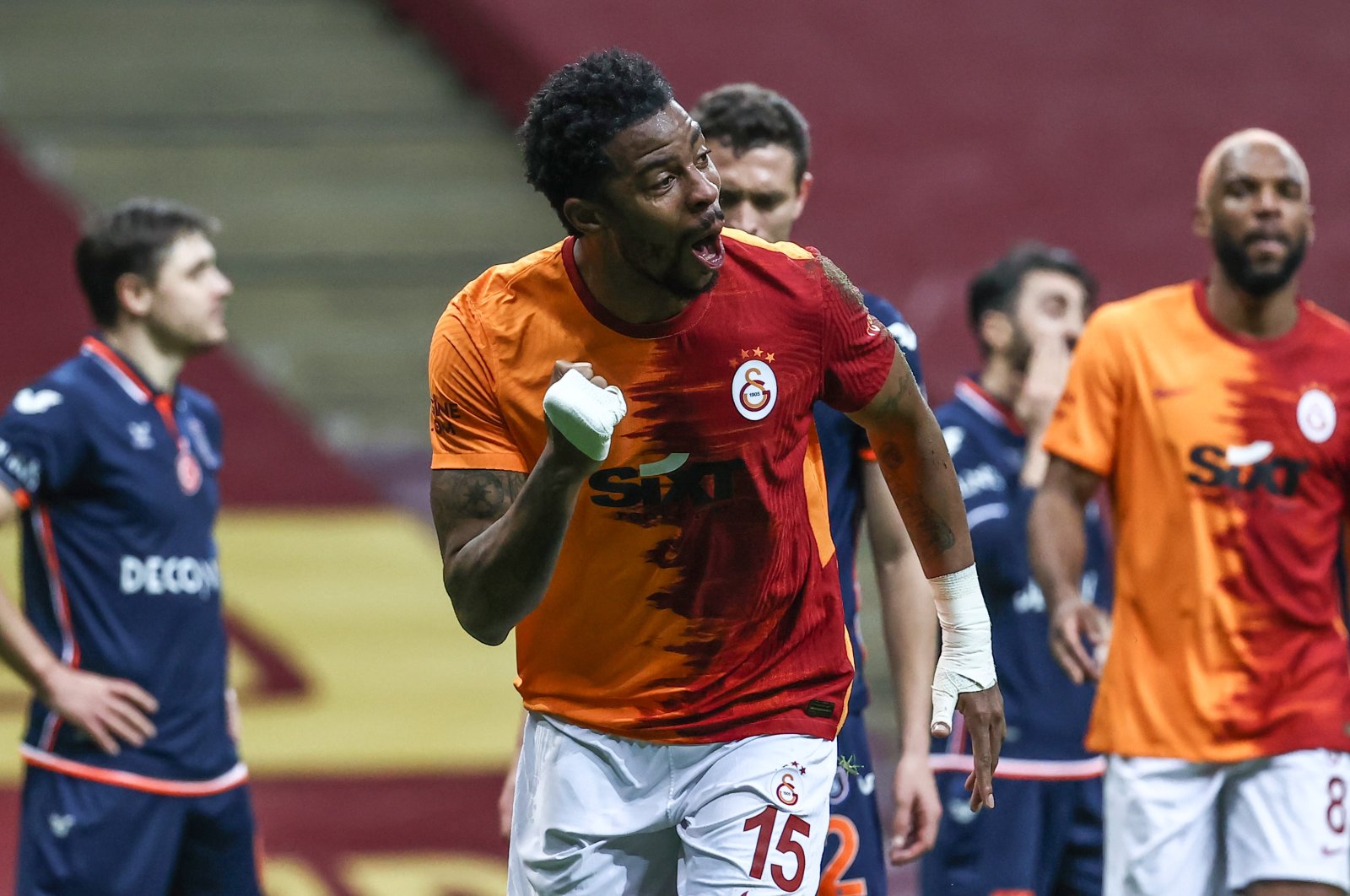 Galatasaray’s legendary goalkeeper and captain Fernando Muslera, who just returned to the pitch after recovering from a serious injury less than a month ago, managed to save a penalty by Başakşehir’s Giuliano at the 22nd minute, cheering up his teammates in the match played in the Lions’ home, Ali Sami Yen Sports Complex.

The Yellow-Reds’ goal machine Henry Onyekuru scored the opener just before the end of the first half, sending the ball to the nets with a header to complete a perfect cross by Ryan Donk.

The center-back took the stage once again at the 64th minute, as Galatasaray’s central midfielder Younes Belhanda sent the ball to the perfect spot after a corner, to be scored by a decisive header by Donk.

As the match was coming to a close, the Yellow-Reds' left-winger Onyekuru entered the goal box and later tackled with a foul, awarding his team a penalty.

Galatasaray’s new signing, Egyptian center-forward Mostafa Mohamed turned the penalty into a goal with a decisive kick, concluding the score as 3-0.

With the victory, the Lions increased their hopes for the upcoming Fenerbahçe derby, which will take place on Feb. 6.

The Süper Lig just entered its second half, as Galatasaray and its Istanbul rivals Fenerbahçe and Beşiktaş are the main contenders for the title.