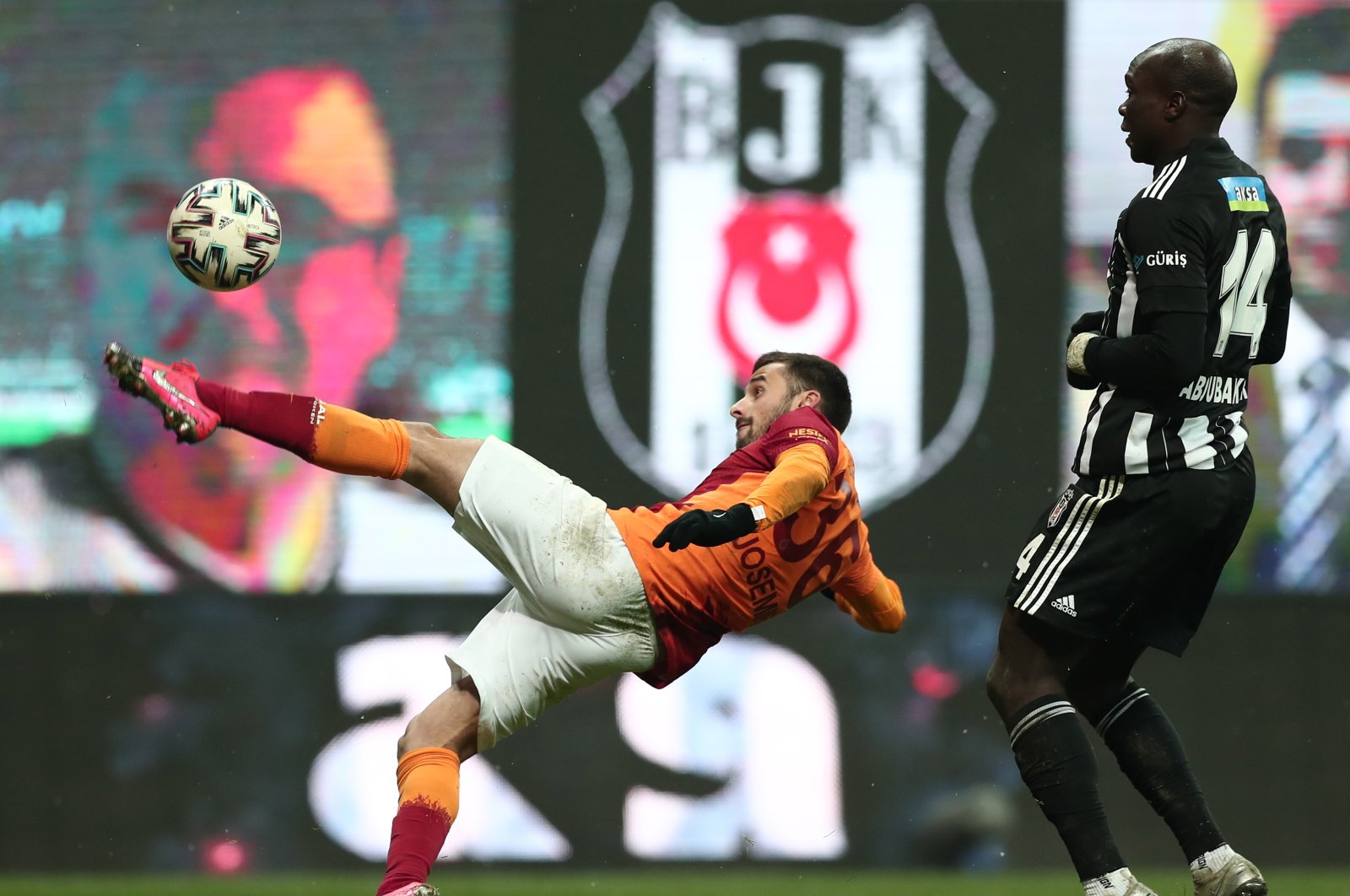 The Big Three of Turkish football – Beşiktaş, Fenerbahçe and Galatasaray – once again look poised to fight for the Süper Lig title as the second half of the season begins Friday

The second half of the Turkish Süper Lig season will kick off Friday as Istanbul trio Beşiktaş, Fenerbahçe and Galatasaray look to battle it out for the title.

Beşiktaş improved its performance after a rocky start and claimed the top spot after the first half of the Turkish Süper Lig.

Winning 14 matches and losing four, the Black Eagles are 2 points ahead of second-place Fenerbahçe and seek to maintain its run for the rest of the season.

Beşiktaş only got one victory in the first four league games, but then they enhanced their performance by winning a total of 13 games in the last 16 games.

During the first half, some forwards made a strong impression with their good forms. Cameroonian forward Vincent Aboubakar and Canadian forward Cyle Larin helped their team move to the first spot.

Larin scored 12 goals in 19 games as Aboubakar produced 11 goals in 16 matches for Beşiktaş, while winning all matches against Istanbul clubs, which are Galatasaray, Fenerbahçe, Fatih Karagümrük, Kasımpaşa and Medipol Başakşehir.

Fenerbahçe, following Beşiktaş closely in the league title race, will look to overtake their opponents with their new transfers.

The Yellow Canaries completed one of the biggest signings of the winter transfer window, acquiring Mesut Özil from Arsenal.

The German player of Turkish descent signed up with the club for a 3 1/2-year contract.

In addition to Özil, Nigerian winger Bright Osayi-Samuel and Hungarian defender Attila Szalai became part of the team during the January transfer period.

With 42 points, Fenerbahçe is currently in second place with 13 wins and four losses.

Another Istanbul side, Galatasaray is the other title contender along with Fenerbahçe.

The Lions increased their attacking options with the signing of two forwards. Nigeria's Henry Onyekuru and Halil Dervişoğlu from Turkey moved to the Istanbul club on loan.

Galatasaray is currently in third place with 39 points.

Gaziantep FK, currently in the fourth spot, will start the second half with a new manager.

Reigning champions Medipol Başakşehir completed in the 15th spot with 24 points after a poor performance in the first half.