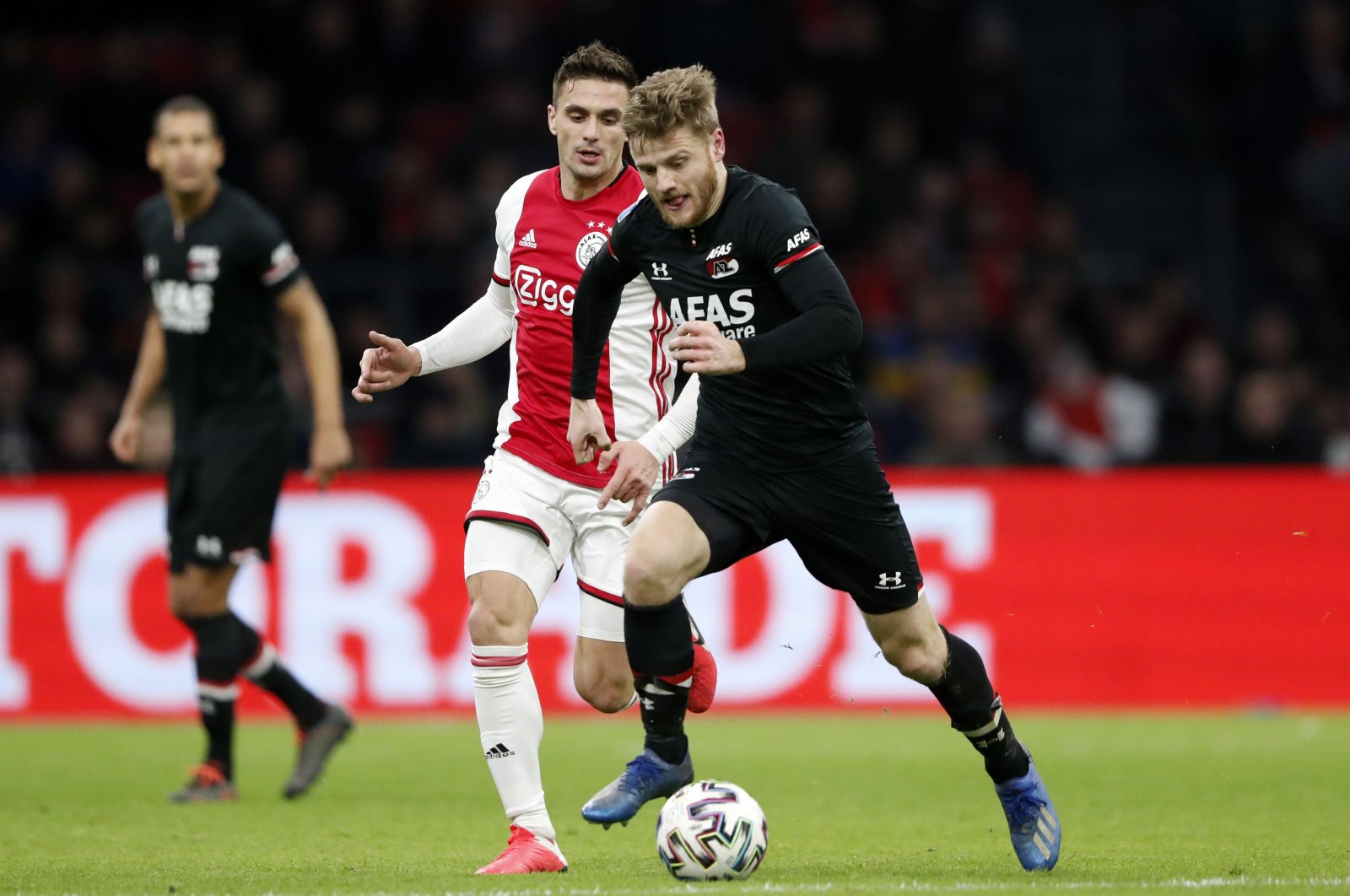 The Dutch football federation (KNVB) announced on Tuesday its intention to call an end to the season, subject to discussions with UEFA, following the government's decision to extend a ban on large gatherings until September due to the coronavirus pandemic.

"The professional football committee intends to not continue playing the 2019/20 competition. The KNVB will consult UEFA, after which a decision will be taken," the federation said in a statement.

"The KNVB has not yet definitively canceled competitions because of financial difficulties in the football industry due to the coronavirus crisis."

Clubs and other stakeholders will meet Friday to discuss the consequences of the decision.

There are eight rounds of matches left in the Eredivisie, with defending champions Ajax ahead of AZ Alkmaar on goal difference. The Dutch Cup final had been scheduled for April 19.

According to the KNVB, matches behind closed doors will not be possible as they are considered events which require a permit and police presence.

"There will be no matches before Sept. 1," the statement added.

The Dutch top flight and second division have been suspended since March 12.

Earlier on Tuesday, European football's governing body UEFA made "a strong recommendation" to finish domestic competitions after holding a videoconference with its 55 member associations.

However, it added that "some special cases will be heard once guidelines concerning participation to European competitions – in case of a canceled league – have been developed."

UEFA said any decisions would be announced after its Executive Committee meets on Thursday. Before that it is due to meet with the powerful European Club Association (ECA) and the European Leagues grouping, which represents nearly a thousand clubs in 29 countries, on Wednesday.

Belgium and Scotland also appear to be awaiting a green light from UEFA to call an end to their seasons.

The ban on mass gatherings will also affect the Dutch Formula One Grand Prix, due to the return to the calendar for the first time since 1985, and the MotoGP race at Assen scheduled for June 28.