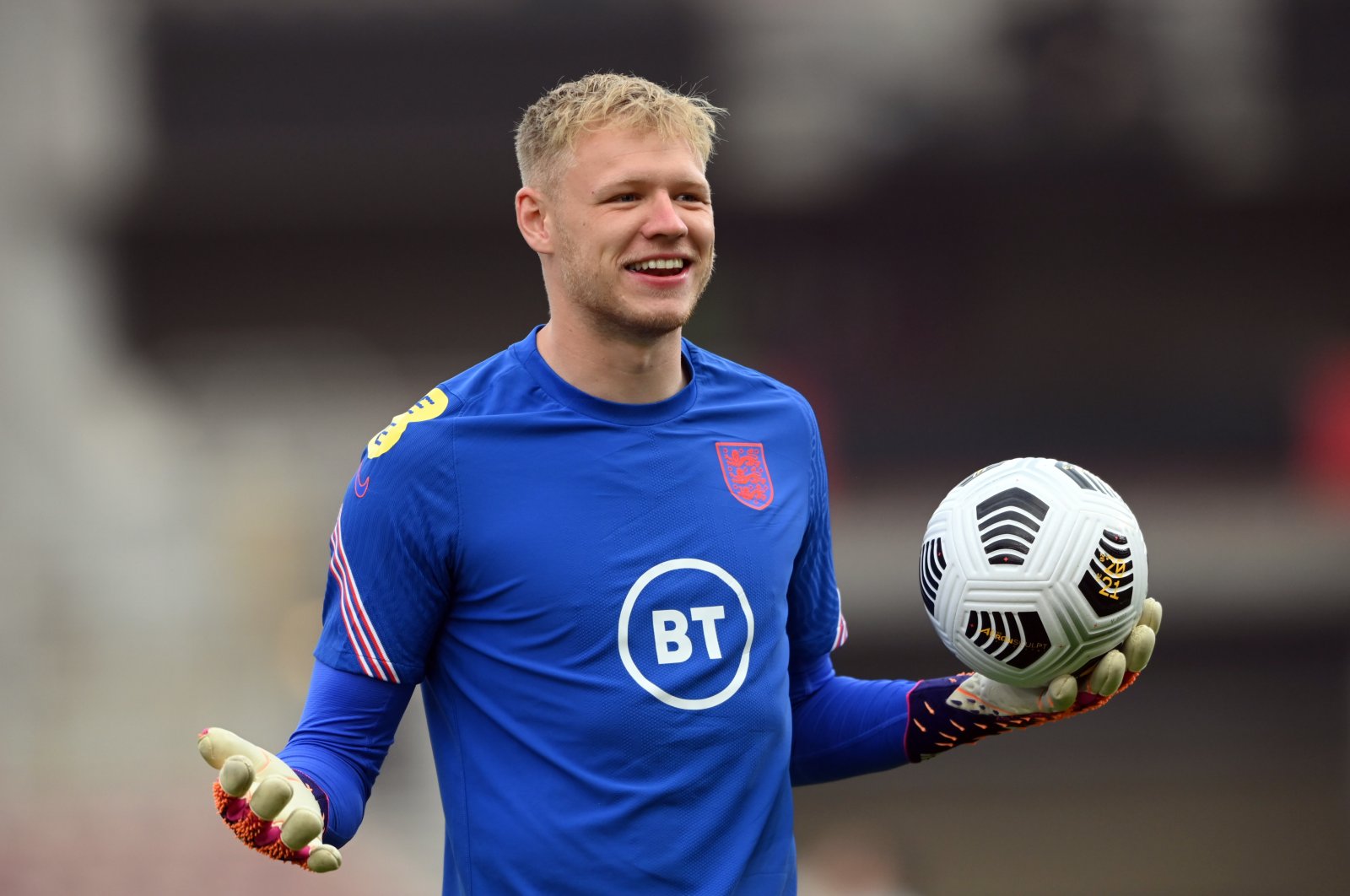 England's Aaron Ramsdale reacts during the warm up before the international friendly between England and Austria at the Riverside Stadium, Middlesbrough, U.K. June 2, 2021 (Reuters Photo)
by Anadolu Agency Jun 15, 2021 8:02 pm

The English Football Association, said in the statement that Manchester United's Henderson, who could not take part in training due to a hip injury, was removed from the squad.

Sheffield United goalkeeper Ramsdale, 23, who was in the candidate squad, has been called up, the association said.

He will be quarantined for a while as part of COVID-19 measures before joining the national team.

Starting EURO 2020 with a 1-0 win against Croatia in Group D on June 13, England will face Scotland in the second match on Friday, June 18.