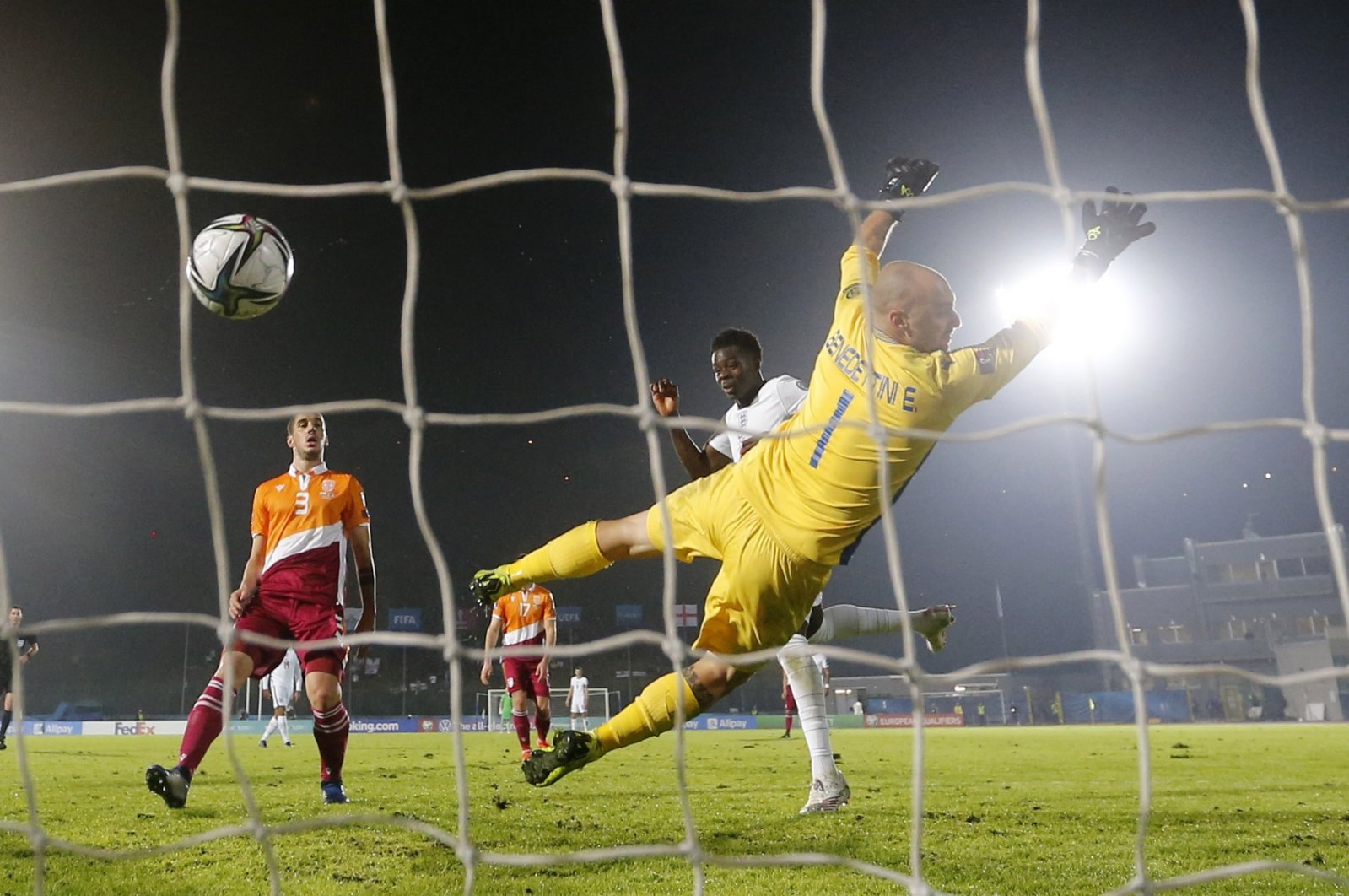 European champions Italy missed out on securing an automatic qualification spot after being held to a goalless draw by Northern Ireland in Belfast on Monday, ceding top spot in Group C to Switzerland who beat Bulgaria 4-0.

The Italians needed to match Switzerland's result to qualify directly but while Roberto Mancini's side could only stutter to a stalemate, the Swiss went on the rampage in Lucerne to book their ticket for Qatar.

There they will find England, the team the Italians beat in the Euro 2020 final in July, who clinched their qualification with a rampant Harry Kane bagging four goals in 15 minutes in a 10-0 win in San Marino.

"The qualification was earned away in Budapest, in Warsaw, in Albania and I've got to credit all of our players and staff on a really good year," said England manager Gareth Southgate. "The mentality, even in a game like tonight, we can't do anything about the level of the opposition but the way we played was terrific."

Germany, Denmark, France, Belgium, Croatia, Spain and Serbia have also qualified directly from Europe. One more place will go to either Netherlands, Norway or Turkey on Tuesday with the remaining spots to be settled through the playoffs in March.

The same fate befell Italy in 2017 when they famously failed to qualify for the World Cup after a miserable aggregate defeat to Sweden.

"Right now it is what it is, we struggle to score goals, we always have control of the play... It's a shame because the group should have been finished before this match," Mancini told Italian broadcaster RAI. "I have faith, let's see in March, but we might even win it."

The Italians rarely troubled the home side, only coming to life when news trickled through of Switzerland's goal-scoring in Lucerne. Noah Okafor's strike put the Swiss ahead three minutes into the second half and after Xherdan Shaqiri hit the post, Ruben Vargas doubled the score.

The Swiss then had two goals ruled out for offside but when Cedric Itten headed in for 3-0 after 72 minutes, it meant Italy needed to win by two in Belfast. As the Italians grew more frantic and almost gave away a goal to Conor Washington, who had a shot scrambled off the line, the Swiss nailed the outcome with Remo Freuler making it 4-0 in added time.

England needed just a point from their trip to San Marino, the lowest-ranked of FIFA's 210 competing nations. San Marino had lost 36 of their 37 previous home World Cup qualifiers, losing the last 35 in a row by an aggregate score of 146-7.

The one non-defeat came in a 0-0 draw with Turkey in 1993. This time they were unfortunate to come up against a hungry Kane who scored four goals in the space of 15 minutes in the first half. The outcome was never in doubt once Harry Maguire headed in the opener after five minutes.

A Filippo Fabbri own goal made matters worse but that set the stage for Kane. His first came from the penalty spot in the 27th minute and he netted again with a scuffed effort five minutes later. His second penalty in the 39th minute completed his fourth international hat-trick and his second in four days, having also put three past Albania on Friday.

Two minutes later he produced the best of the lot with some neat control inside the box to bag his fourth which took him to 48 goals for England, level with Gary Lineker and behind only Bobby Charlton (49) and Wayne Rooney (53).

"Every time I wear an England shirt I am proud and when I score goals it is one of the nicest feelings I can have in my career. Nice to be among those names," said Kane.

Emile Smith Rowe, Tyrone Mings, Tammy Abraham and Bukayo Saka all found the net in the second half as England closed their qualifying campaign in style, finishing six points clear of Poland who headed to the playoffs after losing 2-1 at home to Hungary.