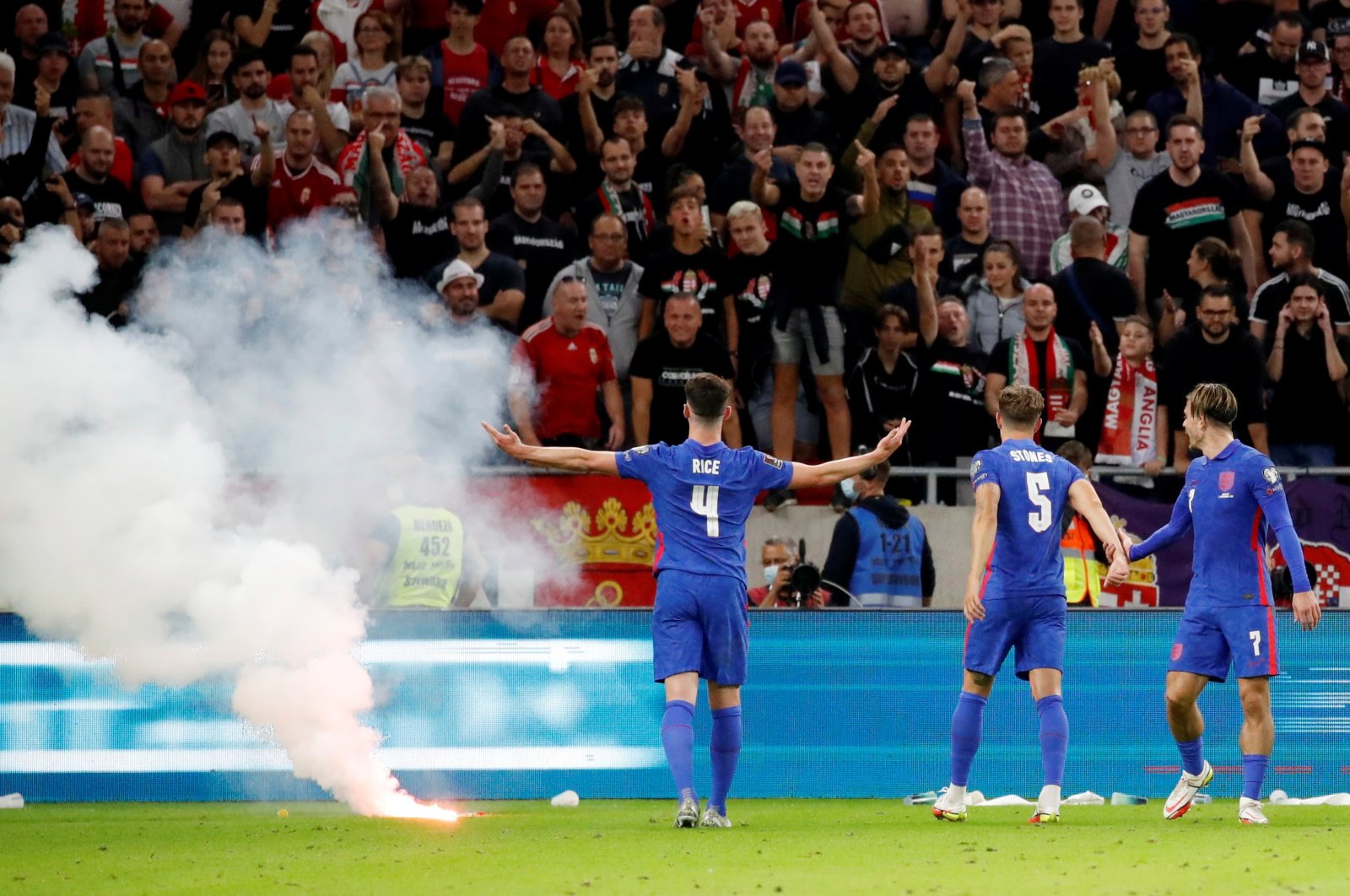 Monkey chants were reportedly directed at Raheem Sterling and Jude Bellingham during Thursday's match at the Puskas Arena in Budapest, which Euro 2020 runner-up England won 4-0.

Manchester City forward Sterling scored the first goal in the convincing win but the result was overshadowed by the abuse aimed at the visitors' black players.

Missiles and a flare were also thrown onto the pitch by a hostile home crowd.

"It is completely unacceptable that @England players were racially abused in Hungary last night," British leader Johnson wrote on Twitter.

"I urge (world governing body) @FIFAcom to take strong action against those responsible to ensure that this kind of disgraceful behaviour is eradicated from the game for good."

European football's governing body UEFA in July ordered Hungary to play their next three games behind closed doors, with one match suspended for two years, after finding its supporters guilty of discriminatory behavior during Euro 2020.

However, the ban did not come into effect for the World Cup qualifier against England because it is a FIFA competition.

FIFA said "adequate action" would be taken in regard to the abuse the players were subjected to in Budapest.

"First and foremost, FIFA strongly rejects any form of racism and violence and has a very clear zero-tolerance stance for such behaviour in football," it said in a statement.

England's players were also booed before kick-off in the Hungarian capital after they took the knee as a gesture against racism and discrimination.

It is not the first time manager Gareth Southgate has had to deal with the fallout from racist behavior towards his team – Euro 2020 qualifiers in Montenegro and Bulgaria were tarnished by similar incidents.

And Marcus Rashford, Jadon Sancho and Bukayo Saka were the victims of online racist abuse after missing penalties in England's Euro 2020 final defeat to Italy at Wembley in July.

"It sounds like there has been some incidents and everybody knows what we stand for as a team and that that's completely unacceptable," the England boss said after the result in Hungary, which preserved his side's perfect record in the group.

"Everything is being reported ... and we have to see what happens from there.

"They (the players) recognize the world is changing. Although some people are stuck in their way of thinking and prejudices, they are going to be the dinosaurs in the end because the world is modernizing."

The Football Association (FA) said in a statement: "It is extremely disappointing to hear reports of discriminatory actions towards some of our England players.

"We will be asking FIFA to investigate the matter. We continue to support the players and staff in our collective determination to highlight and tackle discrimination in all its forms."

England defender Harry Maguire said he was unaware of the monkey chants but could not miss the deafening jeers when England took the knee.

"It was disappointing to hear the boos when we took the knee but, listen, it's happened in previous games," the Manchester United captain told the BBC.

"I am happy all of the boys stood by it and we did that in the end."