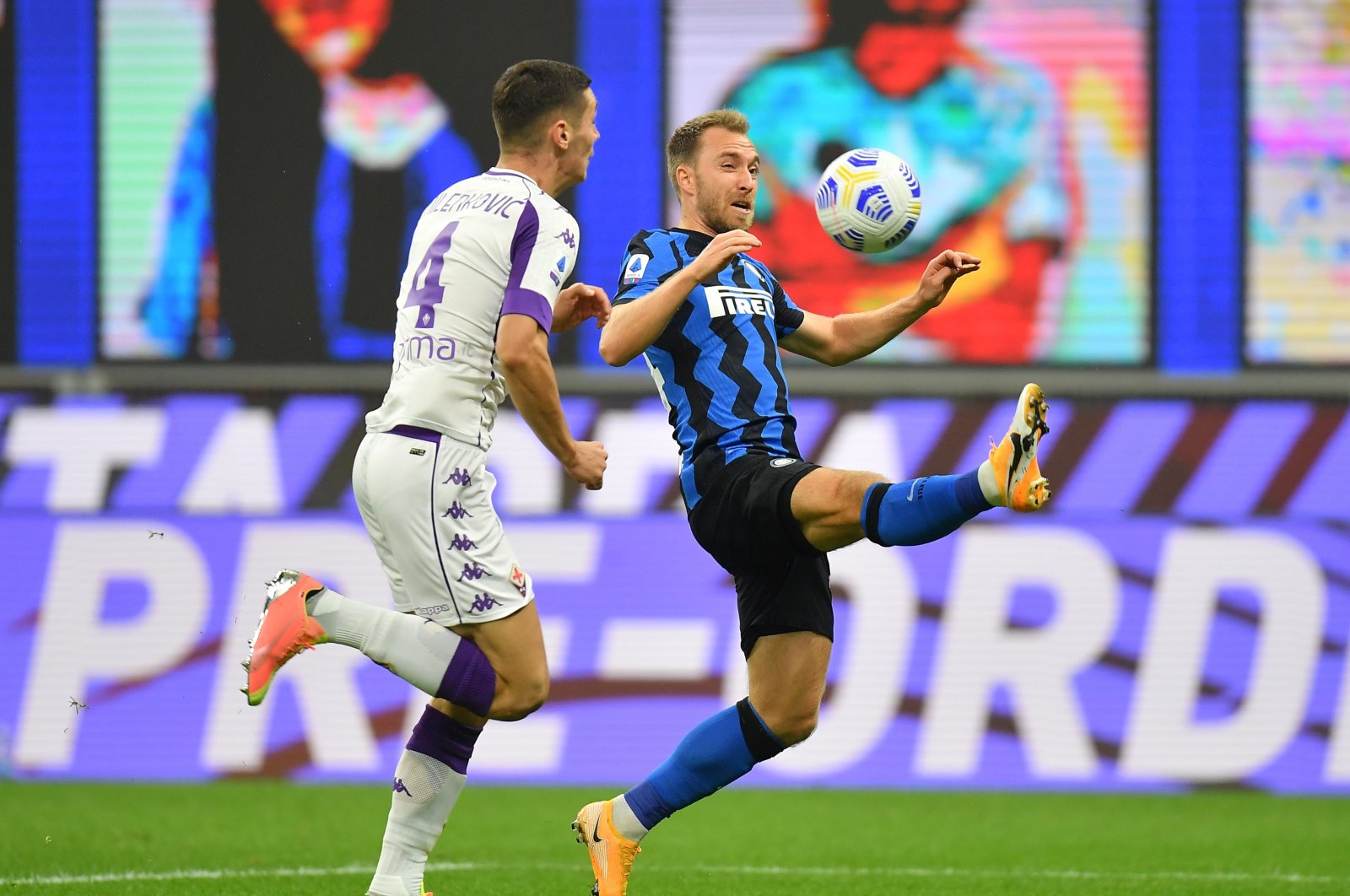 The Danish international arrived on a 4.5-year contract worth 20 million euros ($23 million) plus 7.5 million euros in bonuses in January. But during a year overshadowed by the coronavirus pandemic, the 28-year-old has been unable to reproduce his form with Spurs, where he scored 69 goals and had 89 assists in 305 appearances, or recently with Denmark.

"It wasn't what I had dreamed of," admitted Eriksen, who has fallen down the pecking order under coach Antonio Conte. "People would like to see me play and I would like to do the same, but the coach has different ideas and I have to respect them."

The Dane has played seven times this season – four as a starter – with no assists or goals. In total, he has scored four goals for Inter in 33 games. "We must never hold back a player who asks to be transferred," club CEO Giuseppe Marotta said Sunday, confirming Eriksen's impending exit.

Conte insisted Eriksen "has had many opportunities and played more than others." "My choices are always made for the good of Inter," said the former Chelsea coach. "When I deem it appropriate he'll be able to play in the starting 11 or during the game."

One of the problems facing Eriksen has been that Inter has many options in central and attacking midfield. Chilean Arturo Vidal arrived from Barcelona last summer, with Radja Nainggolan, Marcelo Brozovic and Ivan Perisic also in the position.

Conte has insisted he will not change the Dane's position to a more defensive one. "Eriksen has an important role and style of play, both on the left and the right," Conte said. "If you take that away and play him deeper in front of the defense you run the risk of distorting the player. It's a technical decision."

Eriksen has not featured in Inter's last two league games and also looks set to miss their Champions League Group B clash against Real Madrid at the San Siro on Wednesday.

The Italians are bottom of the group, and lost the away leg 3-2, despite coming from two goals down to equalize before Real snatched victory.

In the meantime, Eriksen has been linked with moves to French champions Paris Saint-Germain, or a return to the Premier League with Arsenal or Manchester United.

Inter finished last season just one point behind champions Juventus and is among the favorites for the Scudetto this campaign. In Serie A the team is fifth, five points behind leaders AC Milan. The 18-time Italian champions have not won Serie A since their unprecedented treble in 2010, which included a third Champions League crown. Inter's only trophy since has been the 2011 Italian Cup. This season Inter has won just four of its 11 games played, but Conte insisted: "The team have taken home less points than they've deserved."