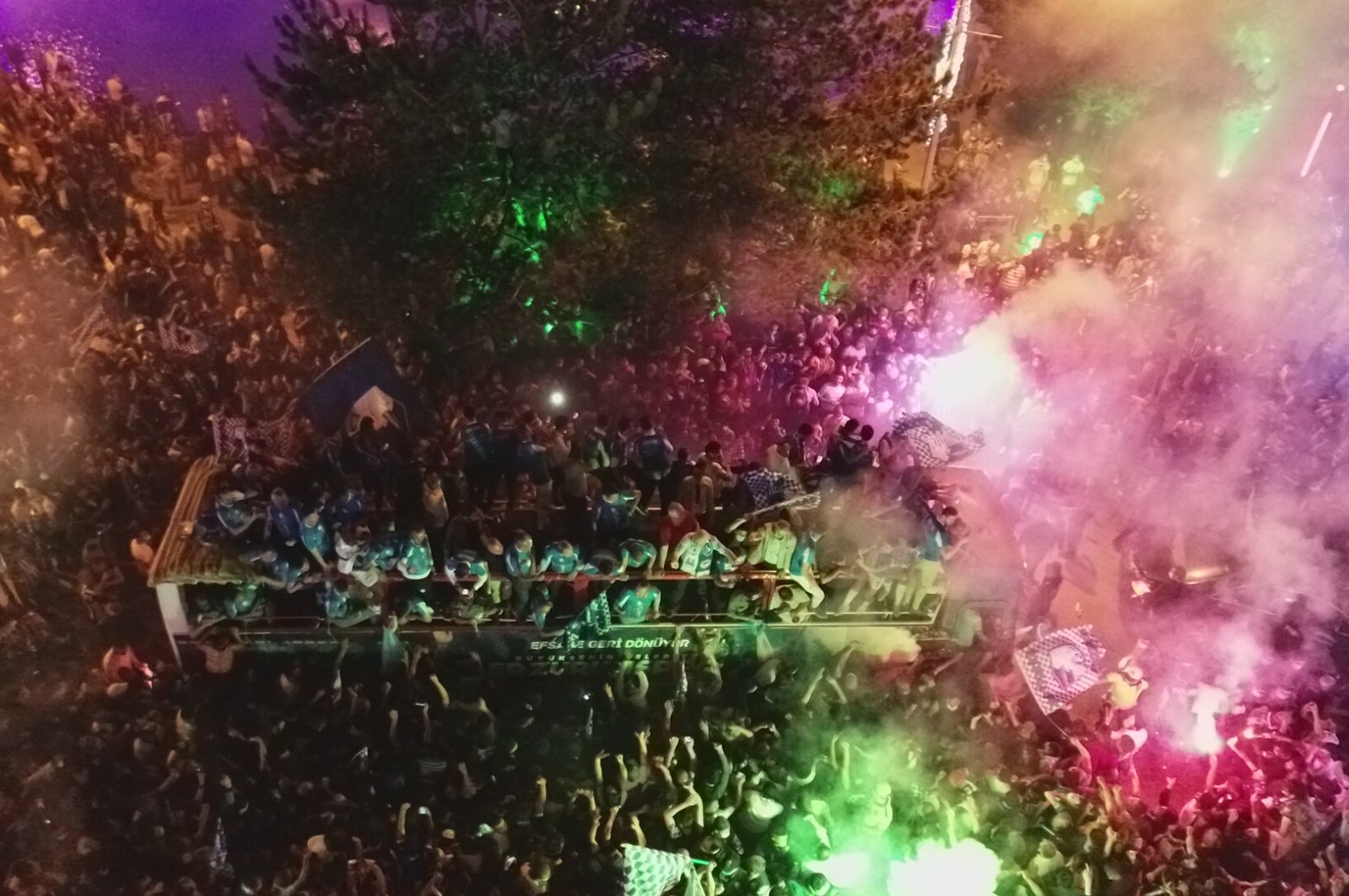 The Week 34 win moved second-placed Erzurumspor up to 62 points and ensured its place in the Süper Lig next season.

The club joined Hatayspor, who won the TFF First Lig last week, in securing promotion to the top division.

Adana Demirspor, Akhisarspor, Fatih Karagümrük and Bursaspor will now battle it out in the playoffs to decide the third and final team to be promoted to the Turkish Super Lig next season.

Erzurumspor was relegated from the Süper Lig in its debut 2018-19 season.