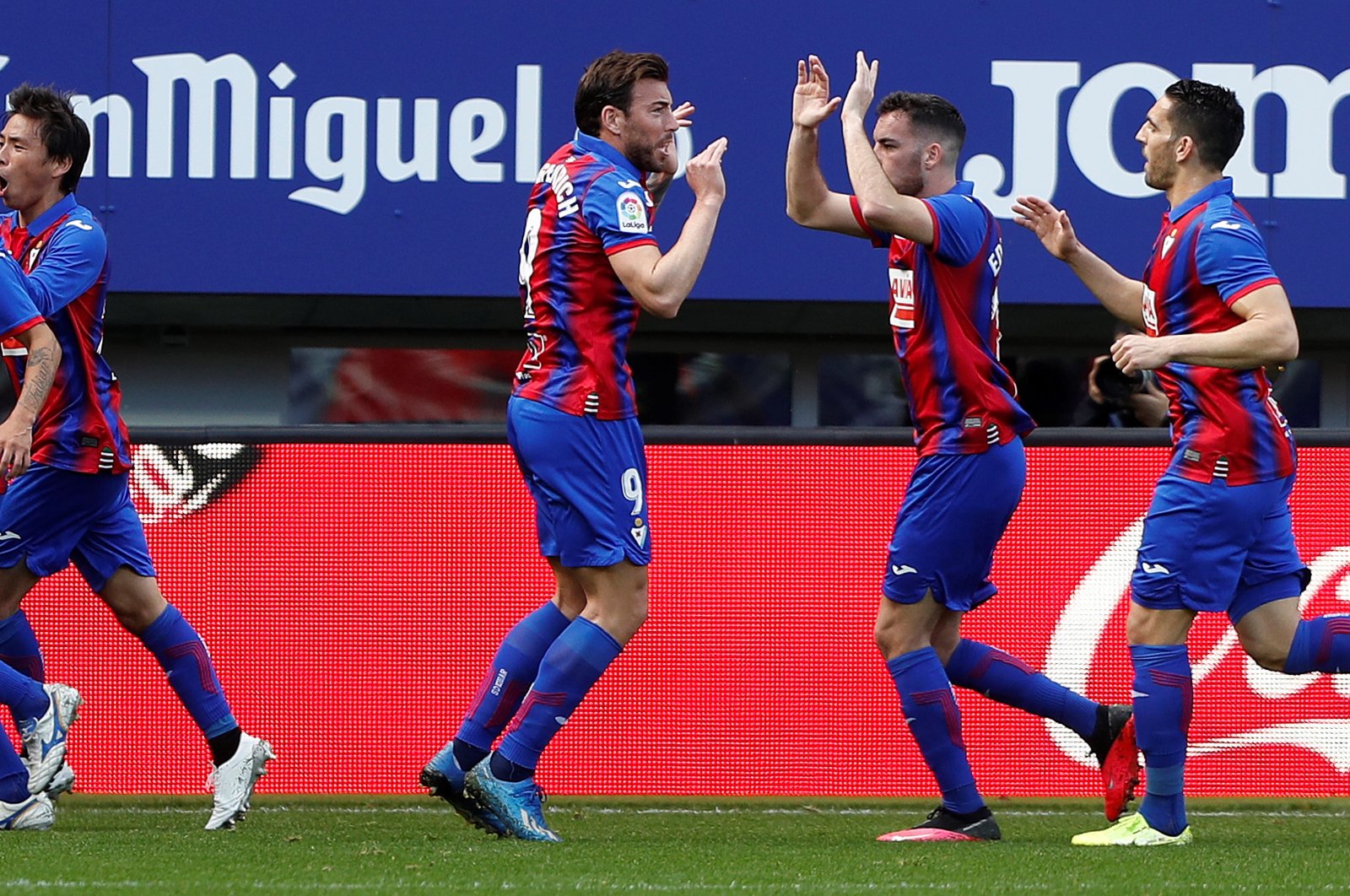 The new seasons of Premier League and La Liga start this weekend, but top teams will be absent after they were granted extra time because of European competitions that ended late in the summer

Football across Europe will return to action this weekend as the Premier League kicks off with champion Liverpool taking on Leeds as it heads out to defend its title. Meanwhile, La Liga will enjoy a rather calm relaunch, without the participation of any of its major clubs.

La Liga begins Saturday without its top teams and still without fans but with the hope that an unusual summer could lead to a season of surprises.

Lionel Messi has stayed but will be playing a friendly against Segunda B's Gimnastic Tarragona Saturday because Barcelona will not be starting its league campaign under new coach Ronald Koeman until the third round.

Just like Barca, Real Madrid, Atletico Madrid and Sevilla have been granted extra time off, meaning the top four from the last term will all be absent on the first weekend when only seven fixtures are taking place.

Yet more than the heavyweights, who will take to the field later this month, the league will miss the fans, whose absence might be felt even more keenly at the start of a new season than during the desperate attempt to finish the last one.

Cadiz, which is back in the top flight after 14 years away, would otherwise have the stands of the Carranza bouncing in its opening match against Osasuna.

Instead, they will be empty, with a similar silence over the league's curtain-raiser at Ipurua, where Eibar continues its own miracle by embarking on its seventh consecutive year in the top flight at home to Celta Vigo.

La Liga's plan had been to stagger the return of supporters throughout autumn, building up stadium capacities 30% through to full grounds sometime in the new year.

But a worrying rise in coronavirus cases in Spain means those plans have been shelved, with the league awaiting better news from the government before taking any steps forward.

"I believe that having stadiums as they were before can only happen with a vaccine," said La Liga President Javier Tebas Monday. "I hope it can be in January or February. Several governments have already announced it and that would be the beginning of the end of this nightmare."

While the pandemic may be beyond their control, La Liga and the Spanish Football Federation have hardly helped an already slow start by creating further chaos over fixtures.

The original opening game between Granada and Athletic Bilbao, scheduled for Friday night, has been moved to Saturday, as signaled in an announcement made on Wednesday night, 48 hours before the planned kickoff.

It continues a long-running dispute between organizations over scheduling, which a judge in Madrid is due to settle on Oct. 6.

Yet a stuttering start to the season may lead to something more promising as La Liga's traditional duopoly of Barcelona and Real Madrid appears open to challenge.

Both were exposed in the Champions League last season, with Madrid's convincing defeat by Manchester City and Barca's humiliation at the hands of Bayern Munich raising doubts about their quality.

With a new coach and still recovering from Lionel Messi's attempt to leave, there are certainly no guarantees for Barca, whose rebuild may well see things get worse before they get better.

Madrid, meanwhile, is the reigning champion after dominating the sprint-finish in June and July, but it has not yet added to an aging squad.

The reduced spending of the traditionally wealthy clubs could level the playing field, with Atletico Madrid and Sevilla handed a chance to join the title race and those beneath them to break into the top four.

Villarreal, under the newly appointed Unai Emery, and Real Betis, under Manuel Pellegrini, will be among those with European ambitions, while Getafe, Real Sociedad and Athletic Bilbao could capitalize too.

At the other end of the table, Huesca and Elche join Cadiz are the newly promoted sides focused on survival, albeit unable to count on the leveling effect of their fans when playing the big teams at home.

Floating in between is Valencia, whose selling spree this summer under an unpopular owner has prompted many to wonder if they will be contenders for the Champions League or for relegation.

With so much missing, La Liga is pinning its hopes on the unpredictable.

Meanwhile, in England, Liverpool manager Jurgen Klopp's side gets back in action just seven weeks after Jordan Henderson lifted the trophy to mark the culmination of Liverpool's first title-winning campaign for 30 years.

Having waited 16 years to return to the Premier League, Leeds United will get a very clear reminder of what it is now up against when it faces Liverpool at Anfield in Saturday's season opener.

Klopp's side dominated the Premier League last season, winning 32 of its 38 matches and finishing with a massive 18-point margin above runner up Manchester City.

Leeds won the second-tier Championship by 10 points to secure its long-awaited promotion and is entering the top flight on a high, though it is a pity that their fans will still not be able to support their team in person.

Pressing rather than punching is likely to be the order of the day on Saturday, and it will be fascinating to see Leeds, with its new Spanish striker Rodrigo, play their high-energy approach against Klopp's similarly relentless attack.

Data company Gracenote has revealed that this season's competition will contain the highest number of former league champions in 51 years.

Two of those former champions, Tottenham Hotspur and Everton, meet on Sunday in North London in a match which pits Jose Mourinho against Carlo Ancelotti.

The Spurs are searching for the consistency they so lacked last season, while Everton has strengthened impressively in the transfer market with James Rodriguez, Brazilian Allan and Abdoulaye Doucoure transforming its midfield.

Chelsea, fourth last season, has been the busiest of all in the transfer market, and several of their new faces are set to make their debuts in Monday night's game at Brighton.

Manchester City and Manchester United, second and third last term, will both skip the weekend after being involved in European competition in August.