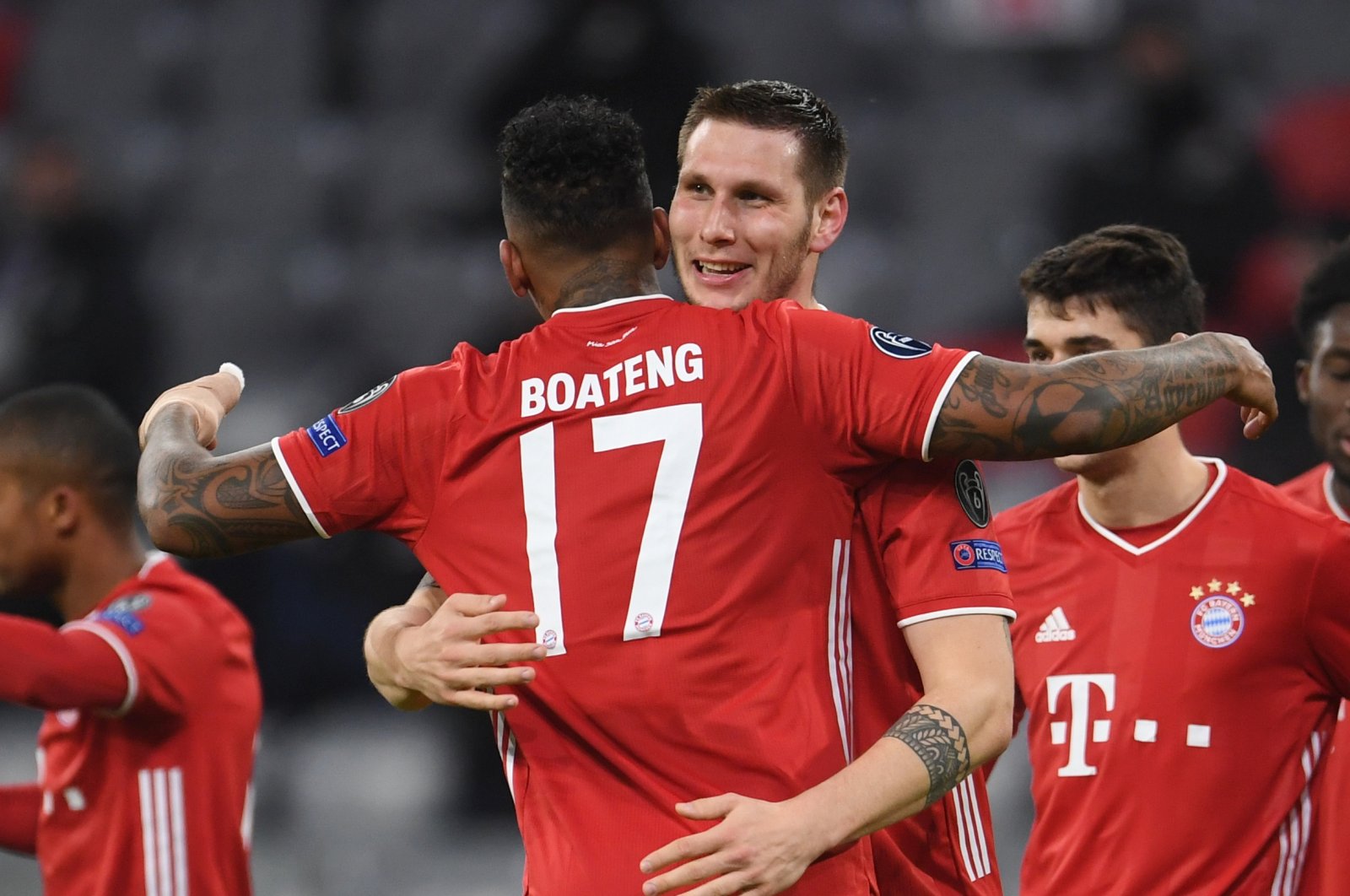 Despite the absence of fans due to the coronavirus pandemic, the Champions League group stage happened with no major incidents and UEFA can only hope the rest of the tournament can go on like that after the round of 16 draw on Monday at its headquarters in Nyon.

Reigning champion Bayern Munich had no trouble topping the group A standings, opening the European season with a 4-0 win over Atletico Madrid.

With 16 points, Hansi Flick's team achieved the second-best group stage result of any German team, only behind its own milestone of 18 points set in the 2019/20 season.

Bayern will be followed into the round of 16 by Bundesliga rivals Borussia Dortmund, Borussia Monchengladbach and RB Leipzig as all German clubs qualified to the knock-out stage.

"You can say the quality in Germany and in the Bundesliga has improved enormously. One can be satisfied with the development," Flick said.

From the Premier League sides, only Manchester United didn't make it to the round of 16 after a defeat to Leipzig. Meanwhile, neighboring Manchester City has progressed as group winner for a fourth season running.

"I'm really happy. Especially the way we played, all the games, no exception. We scored goals, we conceded just one and in general, it was a good performance," manager Pep Guardiola said.

Despite missing several top players due to injury, such as Virgil van Dijk, Liverpool was well equipped to reach the latter stages once again.

"Now the fun begins really. The knockout stages, this is where the best teams perform and get through," defender Trent Alexander-Arnold said.

"It's important to do, it's never easy. You're not looking at it now and seeing any easy draws but it's exciting," he added.

Adding the likes of Timo Werner, Kai Havertz and Hakim Ziyech to the squad helped Chelsea find a better balance when compared to the previous season.

But manager Frank Lampard doesn't want to "over-analyze the group stage," saying "everything will change by February."

Atalanta has made it through the group stage for the second year in a row and may soon lose its underdog status especially after wins over Liverpool and Ajax.

"You keep talking, in the meantime, we write the history of the club. To the last 16!" skipper Alejandro Gomez said.

Italian champion Juventus seeks the consistency it has missed in the early part of the season, see-sawing between solid performances like Tuesday's 3-0 at Barcelona and embarrassing draws with Serie A promoted sides, which happened on two occasions.

"We all wanted this Juve, we fielded determination, participation, desire, sacrifice and humility, with an obsessive attention to detail," captain Leonardo Bonucci said after the Barcelona win.

While Lazio enjoyed an unbeaten qualification campaign to reach the last 16 again after 19 years, Inter Milan said goodbye to the competition after finishing at the bottom of the Group B standings, not even a Europa League spot.

The winner of the group was Real Madrid but only after a slow start. Zinedine Zidane's side squeezed out the result it needed and hope to be the typical dangerous team in the knock-out stage.

"The whites are far from the most powerful team on the continent, but now that the Champions League enters the field of direct playoffs, they are probably the most dangerous," read newspaper Marca's editorial on Thursday.

Real’s biggest rival Barcelona is hoping to avoid Bayern in Monday's draw as it is far from hankering for a chance to take revenge after the 8-2 debacle in last season's semifinals.

"If I were one of the group winners I would want Barcelona in the next round," Joan Maria Pou, commentator of radio station RAC1, summed up the pessimism surrounding the club at the moment.