Even spending limits will not save Turkish football 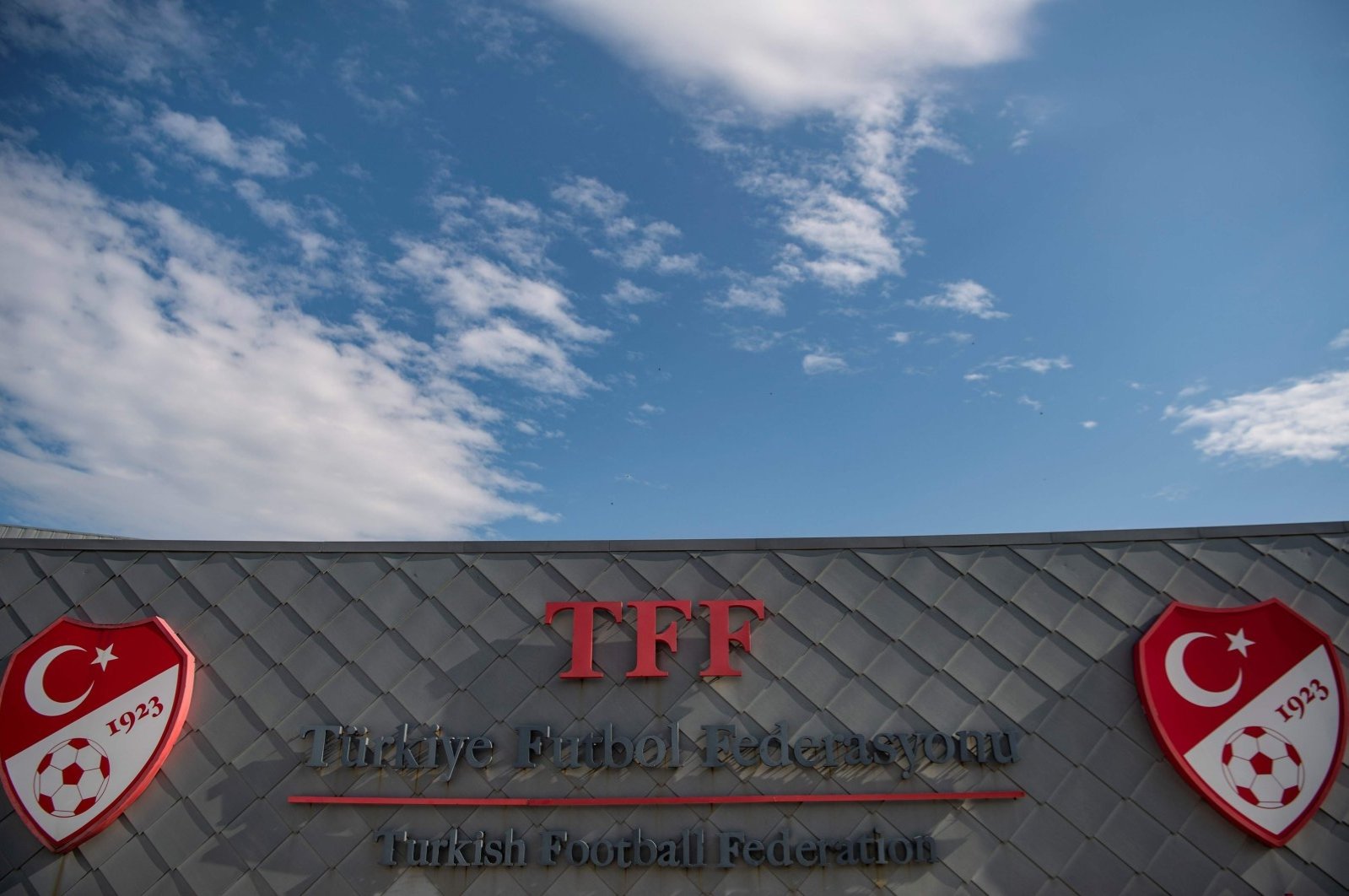 The logo of the Turkish Football Federation (TFF) at the entrance of the organization’s headquarters in Istanbul, Turkey, May 6, 2020. (AFP Photo)
by Arda Alan Işık Aug 10, 2020 9:43 am
RECOMMENDED

The Turkish Football Federation (TFF) announced the new spending limits for Süper Lig teams on Aug. 4. These limits cover the expenses for transfer fees, player agent fees and the wages of players and coaches. Except for Gazişehir FK, next season all Süper Lig teams will have a lower spending limit than last season. Galatasaray’s limit dropped to 52 million euros (TL 449 million) from 67 million euros, Beşiktaş’s dropped to 31 million euros from 41 million euros, and Fenerbahçe’s dropped to 18 million euros from 33 euros. Of course, the currency rate is a crucial factor in this change, but even when you make the calculations with Turkish lira, the picture remains the same. Seeing as these limits are designed by the short-term debts of the teams, the situation will become even worse when the delayed, much bigger debts kick in in the long term.

Ismail Şayan from the magazine Hayatım Futbol explains this issue using the example of Trabzonspor. The runners-up of the season will have 16 million euros to spend on players, coaches and player agents. They can allocate this however they want to for fees and wages. Nevertheless, this number was measured through Trabzonspor’s short-term debt, which is currently being restructured by banks to be paid with interest in the following years. The number was only 8 million euros this season and will become 73 million euros in 2024 if the currency rate remains the same.

While the average spending of a quarterfinalist in the Champions League is around 300 million euros, the runners up in the Süper Lig might not even have 10 million euros to spend in 2024, with an optimistic calculation. This means that the entire discussion over the spending limits today, that some teams deserve more limits than others, is completely irrelevant in the long run. For instance, Fenerbahçe rightfully argues that postponing the debts should not give Galatasaray, Beşiktaş and Trabzonspor an advantage next season, as Fenerbahçe chooses to pay in the short term. Nonetheless, even if Fenerbahçe gets its increase in the spending limit, becomes the champion of the Süper Lig next season and joins the Champions League, the club will still be bankrupt in the following years.

The truth is, the former administrations in Turkish football simply brought the teams into an ocean of future debt without taking any responsibility. They misused their resources so much in the past that Turkish football lost its ability to go through this crisis without going bankrupt. Although the clubs act like all they need is an extra 5 million euros to solve everything, what they need is to understand that they have reached a point where hitting the bottom is inevitable. A radical transformation in Turkish football that I have been talking about for years is finally arriving.