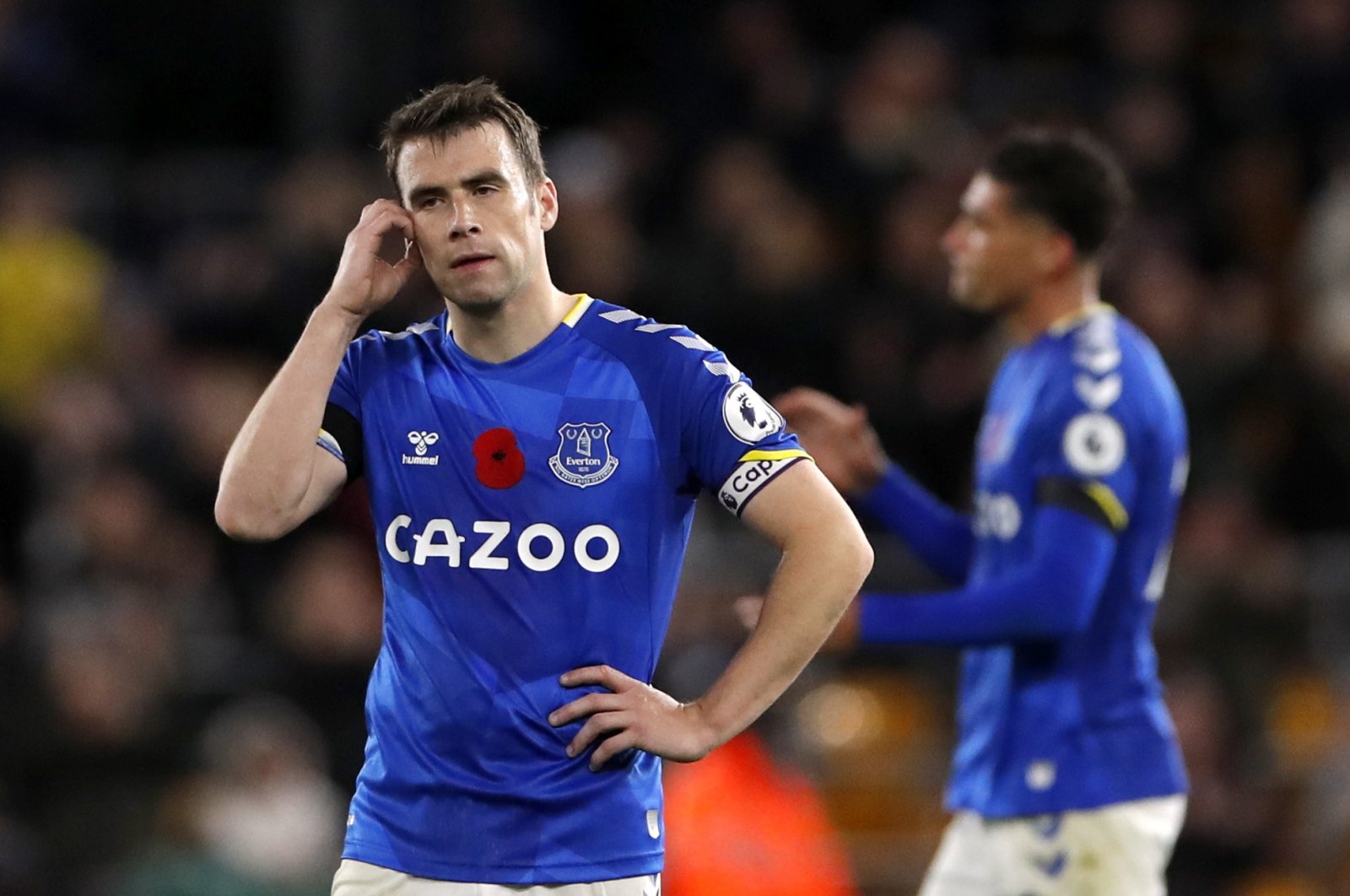 Bruno Lage's side took control in the first half thanks to Kilman's first-ever Wolves goal and a clinical finish from Jimenez.

Alex Iwobi reduced the deficit in the second half, but Wolves held on to extend their unbeaten run to five league games.

With four wins in that impressive streak, Wolves have climbed to seventh, while Everton dropped down in 10th.

"For now I don't care about the table. I want the points. I think the winter will be hard for us, we will have to work. To win the most points we need to win this kind of game," Lage said.

After Everton's dismal 5-2 home loss to Watford in its previous match, this was another setback for Rafael Benitez's spluttering team.

Everton has won just one of its last six league games to shatter the optimism created by its four-match unbeaten start to Benitez's first season in charge.

"When you lose games you have to be disappointed. We were too worried about making mistakes but in the second half we saw the character we have," Benitez said.

"We have to learn from it. When we have all the players available we will be much better."

Wolves made a flying start and Ruben Neves saw his shot from the edge of the area superbly saved by Jordan Pickford.

Pickford made another excellent stop to tip over Francisco Trincao's rocket moments later.

Wolves forward Hwang Hee-chan had the ball in the net when the South Korean finished off Jimenez's pass but the goal was disallowed for offside after a check by the video assistant referee (VAR).

The hosts' incessant pressure was rewarded in the 28th minute.

Four minutes later, Everton shot themselves in the foot again when Godfrey's woeful backpass was intercepted by Jimenez, who streaked clear before clipping a composed finish over the on-rushing Pickford.

It was the Mexican striker's second goal this season as he continues his return from the fractured skull he suffered at Arsenal last season.

Everton's struggles were encapsulated by the anonymous Richarlison, who had returned to the club's Premier League starting line-up for the first time since Sept. 13.

A mistake from Wolves keeper Jose Sa gifted Richarlison a golden opportunity to give Everton a lifeline, but the Brazilian stumbled just yards from goal, allowing Conor Coady to make a last-ditch block.

Jimenez headed against the post from Nelson Semedo's cross, before Iwobi pulled one back for Everton in the 66th minute with a fierce finish after Godfrey's shot was blocked into his path.

In a tense finale, Everton finally found its stride, but Sa preserved Wolves' victory with a fine save from Anthony Gordon's header.