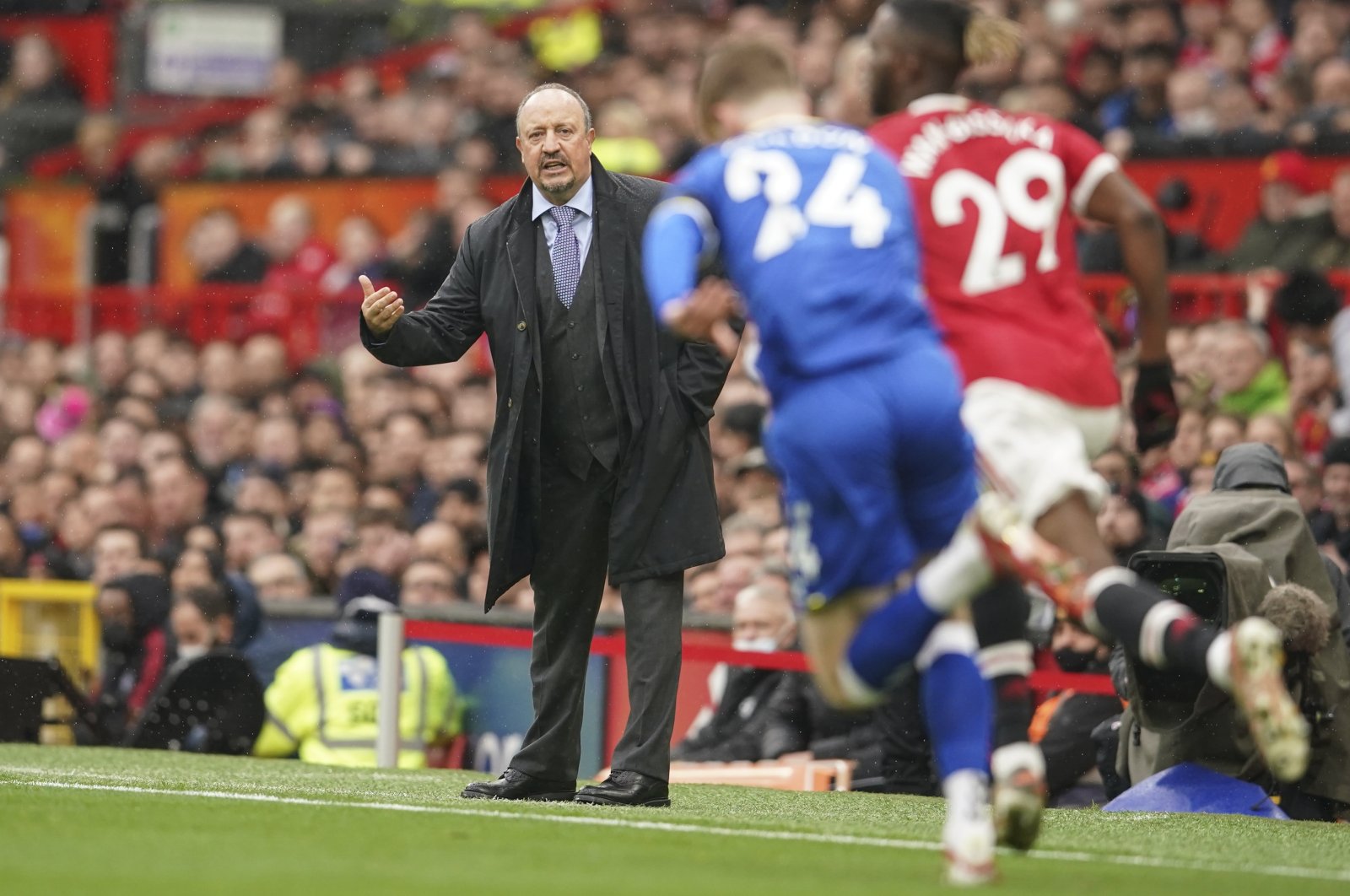 Rafael Benitez might not have received a warm welcome when he was appointed as Everton manager due to his past tenure at archrivals Liverpool, but the Spaniard’s recent tactical mastership has managed to bring the skeptic Toffes fans around.

Everton has lost just one of Benitez's first seven Premier League games in charge despite a limited budget due to financial fair-play restrictions and injuries to star strikers Dominic Calvert-Lewin and Richarlison.

A 1-1 draw away to Manchester United kept Benitez's men level on points with the Red Devils and Liverpool and one in front of Manchester City ahead of the champions' trip to Anfield on Sunday.

United boss Ole Gunnar Solskjaer could afford the luxury of bringing Cristiano Ronaldo, Jadon Sancho and Paul Pogba on as substitutes, while Benitez had to name three teenagers to fill out his bench.

But a point was the least the visitors deserved from a performance that married the defensive organization Benitez's sides are famous for with a potent threat on the counterattack.

Everton's goal showed the impact the 61-year-old has had in just a few months in charge.

After an Everton outlay of 240 million pounds ($325 million) in transfer fees over the past three years, Benitez's spending was limited to 1.7 million pounds to bring in Demarai Gray and Andros Townsend during the transfer window.

At the same time, he had to shave down the wage bill with James Rodriguez frozen out before his move to Qatari side Al-Rayyan.

But Gray and Townsend have shone as Everton has taken 14 points from a possible 21.

Gray showed his blend of strength, determination and pace to twice dispossess Fred and set in motion the counterattack for Everton's equalizer.

Abdoulaye Doucoure is another player transformed by Benitez's arrival, and the Frenchman provided his fourth assist of the season by rolling the ball into the path of Townsend for his fifth goal in nine games as an Everton player.

Townsend was available on a free transfer from Crystal Palace with his career seemingly in decline, but he has been revived by reuniting with Benitez after the pair worked together previously at Newcastle.

"If I keep working hard, keep listening to the manager, hopefully I can continue getting on the scoresheet."

But for a matter of centimeters, Everton could even have grabbed its first victory at Old Trafford since 2013.

Yerry Mina tapped home Tom Davies' cross in the dying minutes but the Colombian had just strayed offside, which was spotted by a VAR check.

Even a point felt like three for Benitez, given the side he had to cobble together due to injuries.

"It is a good draw, mentally like a victory, with the players who aren't playing," said Benitez. "If we have everybody available and continue with the same team spirit, we can win more games.

"Hopefully, we can bring back some players but be sure that we keep the same mentality, the same commitment, the same intensity."

Calvert-Lewin, Richarlison, Andre Gomes and captain Seamus Coleman could return after the international break to bolster a bid to qualify for Europe next season.

That may be beyond a squad punching above its weight, but Benitez could not have asked for a better start to silence any lingering skepticism as to whether he was the best man for the job.